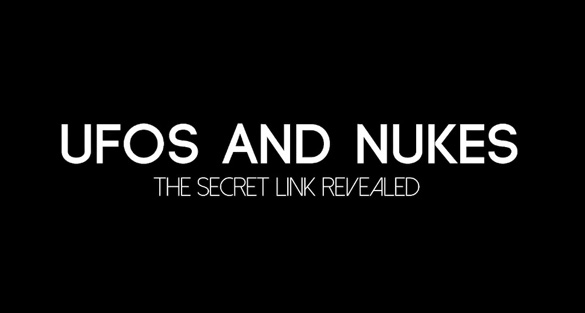 Although most people are completely unaware of its existence, the UFO-Nukes Connection is now remarkably well-documented. U.S. Air Force, FBI, and CIA files declassified via the Freedom of Information Act establish a convincing, ongoing pattern of UFO activity at American nuclear weapons sites extending back to December 1948.

Over the past four decades, Robert Hastings has interviewed more than 150 of veterans regarding their involvement in UFO cases in or around nuclear facilities. On September 27, 2010, CNN live-streamed his UFOs and Nukes press conference in Washington D.C. during which former U.S. Air Force missileers described occasions when several ICBMs mysteriously malfunctioned moments after a disc-shaped craft was observed hovering near their underground launch silos.

To see the documentary, go to: vimeo.com/ondemand/ufosandnukes