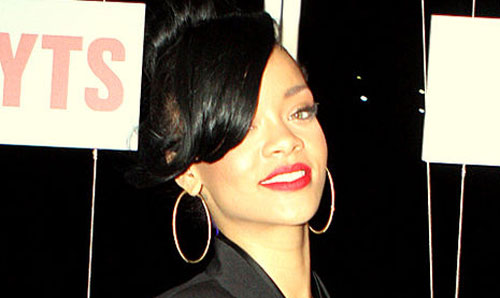 Pop singer Rihanna’s UFO-watching past received attention in March 2012 as she was promoting the film Battleship. Rihanna explained in an interview, “My dad used to make me sit outside on the steps all night long looking for UFOs flying by, and I had to do that for years.”

Although her celebrity schedule keeps her too busy to watch the skies for UFOs now, she apparently pays someone to do it for her. An unnamed source, someone allegedly close to Rihanna, revealed to the Daily Star: 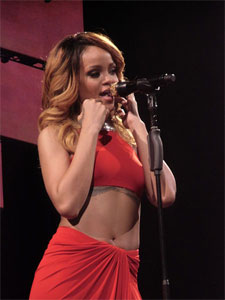 Rihanna has always been convinced aliens will land on Earth in her lifetime. So she started using the man, who calls himself a sky scanner, to give her information from Nevada on anything that relates to sightings. He keeps in touch with her from the Little A’Le’Inn – a motel which hosts UFO hunters. It’s also near one of the world’s most secret government bases, Area 51. This isn’t a fad for Rihanna, she is a total believer and doesn’t mind spending her money on it to get results.

Rihanna’s brother Rorrey Fenty apparently shares his sister’s affinity for UFOs. He explained to the Daily Star, “She really believes there are UFOs. No one knows for sure, but Ri and I definitely think they’re out there. It kept us occupied as kids.”