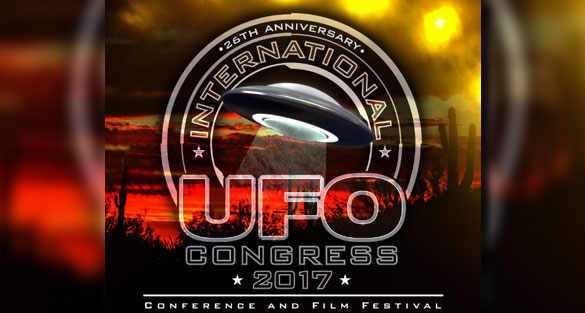 The U.S. military claims to no longer investigate UFO sightings. That does not mean that there is no interest, nor does it mean UFOs are not being seen by military personnel. Two former Colonels have been researching this phenomenon for decades. One was a witness to the UK’s most famous mass-UFO sighting, and the other worked in intelligence and, along with colleagues, made inquiries as to what the government really knows about UFOs. He has since had his own sightings, and believes a number of strange phenomenon are associated with UFO experiences. Both will be sharing their insight into these topics at the International UFO Congress in Fountain Hills next month. 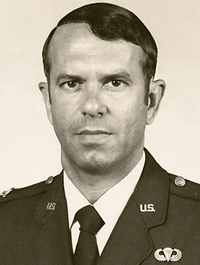 Retired U.S. Air Force Colonel Charles Halt was the deputy base commander at RAF (Royal Air Force) Woodbridge on December 27, 1980 when strange lights were witnessed by base security in the early morning hours. The lights were over the Rendlesham Forest in Suffolk, England. Woodbridge, along with her sister base, RAF Bentwaters, on the other side of the forest, were both on lease to the U.S. Air Force.

Base security police were allowed to leave the gate and investigate. They returned saying they had seen unusual lights, and a triangular shaped craft that hovered over a field before raising into the sky above tree level and darting off into the night sky.

Halt was skeptical of the claims, even though the next day, impressions were found in the field where the craft was seen, along with elevated levels of radiation. That night, in the early morning of December 30, the lights were seen again. This time, Halt wanted to see them for himself. He took a group of men out into the field, and what they encountered was spectacular.

In a memo Halt sent to the UK Ministry of Defence (MoD), Halt wrote: “red sun-like light was seen through the trees.” He then described the object breaking into five white objects before disappearing. According to the memo, soon after, “three star-like objects” were seen in the night sky. They changed color and moved erratically. They also beamed a light down periodically. These objects were seen by Halt and others, and were in the area for two or three hours.

Halt had no intention of discussing the event with the public, but once his memo and an audio recording of Halt and his men in the field were leaked, the media sought him out. He has been asked to discuss the event in public ever since. In an effort to maintain the integrity of the sighting, Halt has sought to keep the facts straight. He has also begun to suspect the government knows more about UFOs than they are sharing. 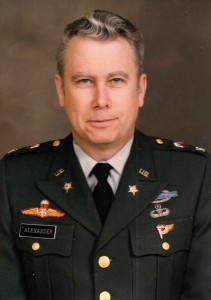 Retired Army Colonel John Alexander feels differently. Assuming the government did know more than they were willing to admit, Alexander, a former intelligence officer, gathered colleagues to seek out the secret holders. What he says he discovered was less akin to a conspiracy, and more akin to bureaucratic bumbling. However, he is convinced there is a real mystery when it comes to UFOs.

In fact, Col. Alexander has seen a UFO, and he feels a number of paranormal experience are related to his UFO encounter. This will be the subject of his presentation on Friday, February 17, at the International UFO Congress.

Col. Halt will also be discussing his experiences, on Saturday, February 18, and both men will be joining other UFO researchers on a panel regarding UFOs and the government which will also be held on Friday.

For more information about the UFO Congress, visit UFOCongress.com.