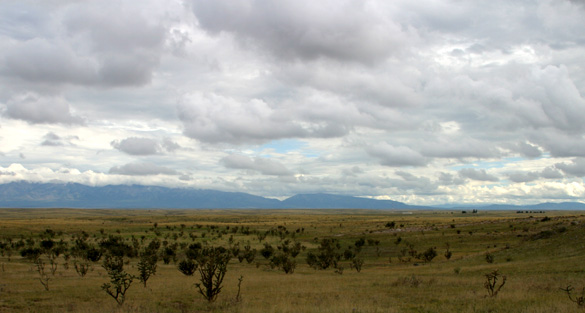 As every citizen of Roswell knows, the city is at the center of one of the greatest mysteries of all time. In 1947, something crashed in the New Mexico desert and was taken to Roswell Army [auth] Air Field — now the Roswell International Air Center.

Believers say it was a crashed alien spacecraft, while skeptics argue that it was simply the wreckage of a weather balloon. As we approach the 70th anniversary of this much-debated incident, the Roswell Daily Record is launching a campaign to resolve the mystery for once and for all. To do so, we need your help.
While people argue to this day about what happened at Roswell in the summer of 1947, nobody disputes that something crashed. That’s because far from denying this, the military authorities actually helped get the story out — at least at first. 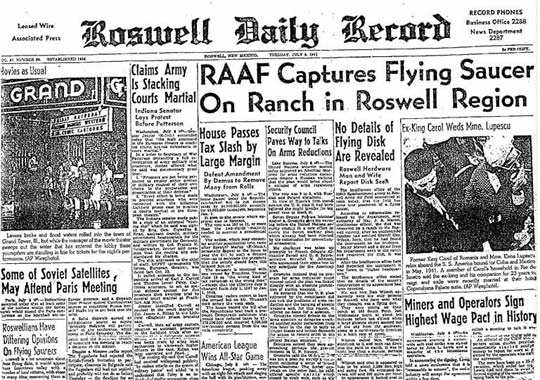 They signed off on text that read, in part, “The many rumors surrounding the flying disk became a reality yesterday when the intelligence office of the 509th Bomb Group of the Eighth Air Force, Roswell Army Air Field, was fortunate enough to gain possession of a disk.” The Roswell Daily Record wrote this up as the lead story, under the headline “RAAF Captures Flying Saucer on Ranch in Roswell Region.” That July 8, 1947 front-page headline is now as much a part of pop culture as the Roswell incident itself.

However, just a day later, the military changed its story and said that the “flying disk” had been identified as debris from a crashed weather balloon and the equipment it had been carrying. Whatever the truth, something crashed.

Seventy years on, is there any hope of solving the mystery? I think there is. I used to investigate UFOs for the British government, which was just one of a number of fascinating postings I had in a 21-year career at the UK’s Ministry of Defense. In my experience, the key to solving a mystery like this lies in the community in which these events unfolded. 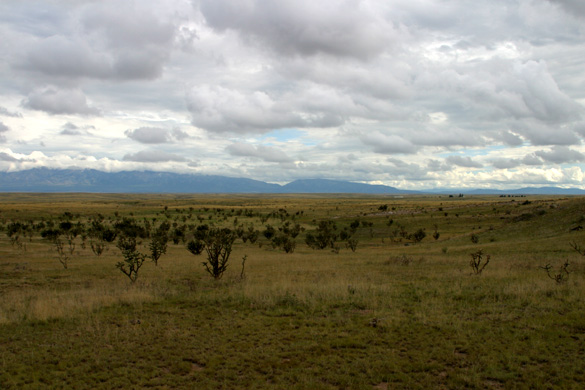 That’s why I’ve teamed up with the Roswell Daily Record to launch an appeal. Because nobody denies there was a crash, we know that there was wreckage. And because no clean-up operation can ever be perfect, and because people like souvenirs, we believe there could still be pieces of this wreckage somewhere out there in the local community.

Some of the military personnel involved in the Roswell incident lived off-base in the local community. Some put down roots in Roswell. These people — or perhaps their children or grandchildren — might have boxes up in their attics, filled with memorabilia.

Alternatively, is there a trinket box on the mantelpiece, a jewelry box hidden away somewhere, or a desk drawer that hasn’t been cleared out in years? Our request is that readers root around and see what they can turn up. Look in particular for strange pieces of metal, but keep an eye out for anything else that might be connected with the events of 1947, such as documents, photographs or diaries. While our main focus of interest is the Roswell crash, we’d be fascinated in anything else that relates to the military base or the city itself, as it was in 1947.

Why are we launching this appeal now? Many of the people involved in the Roswell incident have passed away. The whole event is passing from living memory into history. The forthcoming 70th anniversary is likely to attract considerable media attention and public interest. Thus, it may represent our final chance to smoke out memories and memorabilia from those who were there — a last opportunity to solve the mystery. 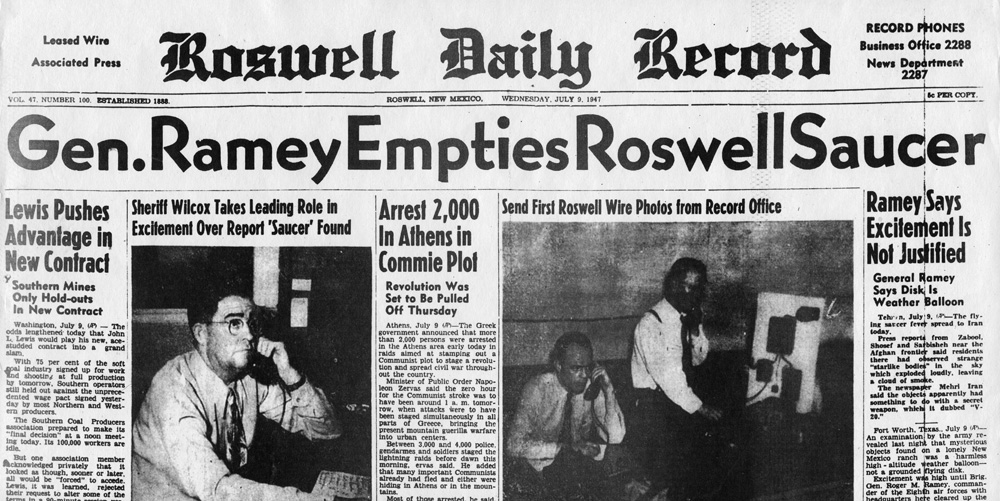 The Daily Record is organizing a 70th anniversary event June 30 through July 2 at the Sally Port Inn & Suites. The event is called 2017 Roswell Incident and will feature a number of UFO experts and witnesses who’ll share their stories and experiences with attendees.

I’ll be one of these guests. As part of this event, the Daily Record would like to showcase any evidence that local people find around their homes. In the run-up to the event, we’ll keep readers updated on the search, and will feature any interesting developments in the newspaper and on our website.

So please have a good root-around and see if you can turn up anything that might help us resolve the Roswell mystery. If you do, please email webmaster@rdrnews.com. Happy hunting.

OpenMinds.tv’s Alejandro Rojas will also be a presenter at the Roswell Daily Record’s Roswell Incident event in July.

Nick Pope is an author, journalist and TV personality. He used to run the British Government's UFO Project and is the world's leading expert on UFOs, the unexplained and conspiracy theories. He is now retired from the UK’s Ministry of Defense and lives in the U.S.