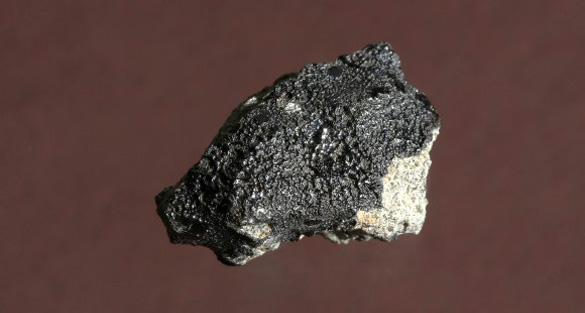 An odd meteorite believed to have come from Mars that landed in a Moroccan desert in 2011 has been discovered to contain an organic carbon compound that is biological in origin.

This is not the first time scientists have claimed to have found biological material on a meteorite. In fact, researchers at the Centre for Astrobiology at the University of Buckingham say they have several examples of extraterrestrial microorganisms found in meteorites. However, the debate ensues around the issue of whether the biological material was present before the meteorite entered Earth’s atmosphere or not.

With all previous samples, critics have argued that the biological materials were a result of the meteorite’s impact with the Earth. Such is the case with this latest discovery. However, an international team of scientists say their analysis has confirmed the rock is from Mars, and that the organic material was deposited into the rock while it was on Mars. 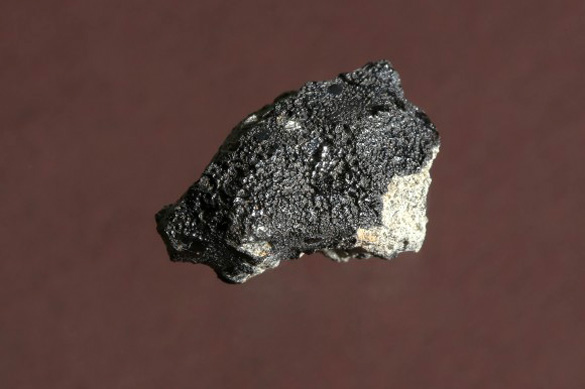 A piece of the Tissint meteorite that landed on Earth on July 18th, 2011. Credit: EPFL/Alain Herzog

The meteorite has been named Tissint, and they believe it was blasted off the surface of Mars during an explosion caused by an asteroid collision around 700,000 years ago. It is a small grey rock with a black, jagged, glassy surface. It has many small fissure in which water could enter and deposit material.

According to Universe Today, the international team of researchers who made the analysis published their findings in a paper that appeared in the scientific journal Meteoritics and Planetary Sciences. The team included scientists from the Swiss Federal Institute of Technology in Lausanne (EPFL), along with others from China, Japan and Germany. They are confident the rock is from Mars and the material within it is biological in origin.

According to CNET, there are several reasons that the scientist have come to their conclusions. One is that there was relatively very little time between when the meteorite landed and when it was collected. This allows little time for contamination.

Another argument they make is that the small fissures in the rock would have had to of opened up from a sudden high heat, such as the entry into the earth’s atmosphere. However, they argue the conditions for this to have happened do not exist in the Moroccan desert.

Finally, they note “some of the carbon grains inside Tissint had hardened into diamond. There are no known conditions under which this could have occurred on the surface of the Moroccan desert — and certainly not in the time it took between the meteorite’s fall and discovery.”

Although they feel their evidence is strong, the scientists expect heavy scrutiny on their findings, as other findings of this nature have received, and they are open to other possibilities. Philippe Gillet, director of EPFL’s Earth and Planetary Sciences Laboratory and co-author of the study, told Universe Today, “Insisting on certainty is unwise, particularly on such a sensitive topic.”

Yangting Lin, the study’s senior author and professor at the Institute of Geology and Geophysics of the Chinese Academy of Sciences in Beijing, also voiced caution. He told CNET, “We cannot and do not want to entirely exclude the possibility that organic carbon within Tissint may be of abiotic (non-biological) origin.”

Either way, Gillet welcomes further analysis, “I’m completely open to the possibility that other studies might contradict our findings. However, our conclusions are such that they will rekindle the debate as to the possible existence of biological activity on Mars – at least in the past.”