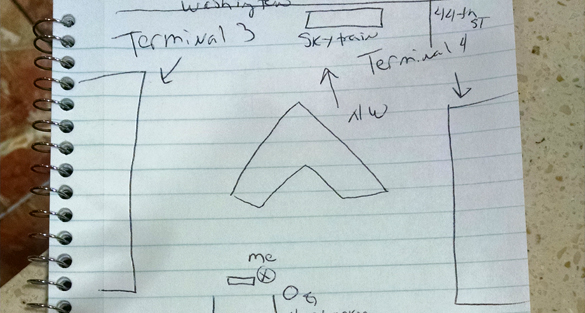 An Arizona witness at an airport in the Tempe-Phoenix area reported watching a chevron-shaped UFO under 500 feet, according to testimony in Case 75640 from the Mutual UFO Network (MUFON) witness reporting database.

The witness was outside at the airport “disposing of trash” about 9 p.m. on March 1, 2016, when the incident occurred. 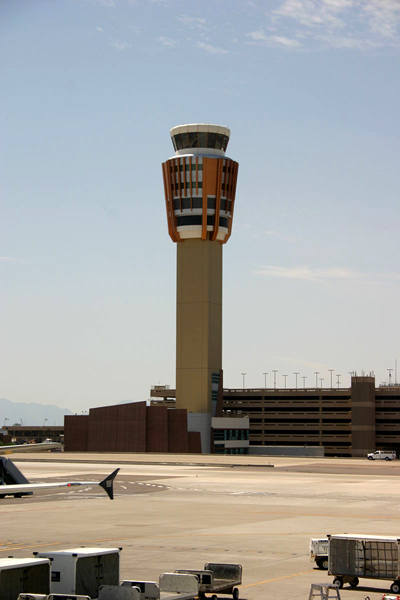 “The lights were what I noticed at first,” the witness stated.“They were white and formed a chevron shape that allowed me to notice the shape of the object. It was very large as it passed beside me. I was near the tower, so I knew it was high, but not too high as for me not to get an idea how large this object was.”

There were other possible witnesses to the UFO.

“The planes at Terminal 4 were lined up and nothing was moving. I was in total disbelief that it was happening. It made no noise at all.” 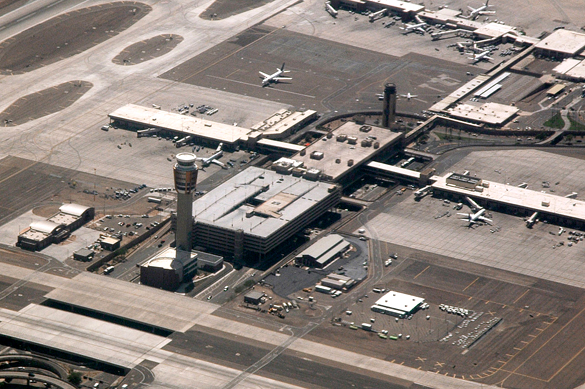 “As I observed the object,it travelednortheast over to the Sky Train Station. I lost view of the lights then. It was darker than the sky with the exception of the lights emanating from the bottom where it was black.”

The witness did not feel afraid.

“I didn’t feel anything but shock as I pondered what had just taken place. The lights where I was dumping the trash had a nonfunctional light. It was not changed until a few days later. So I knew a glare would not have affected what I had seen. The tug I had used to drive there was off so no other light source was close enough to hamper my vision. This event lasted just about five minutes or so. I felt calm and no sense of danger or apprehension afterwards. Just a sense of wonder and amazement that something so huge could travel in the air and not make any noise.”

Arizona MUFON Field Investigator Valerie Edwards is investigating. The witness provided one illustration with the report, which was filed on April 6, 2016. 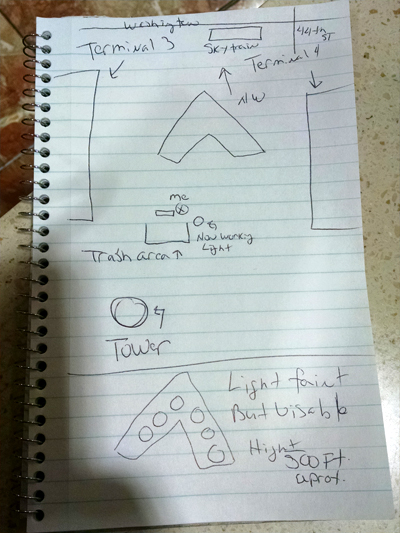 Phoenix Sky Harbor International Airport services both Tempe and Phoenix. Please remember that most UFO sightings can be explained as something natural or man-made. The above quotes were edited for clarity. Please report UFO activity to MUFON.com.