A Pennsylvania witness at Chalfont reported watching the same UFO five times over a three-week period that hovered in place and then slowly moved out of the area, according to testimony in Case 51878 from the Mutual UFO Network (MUFON) witness reporting database. 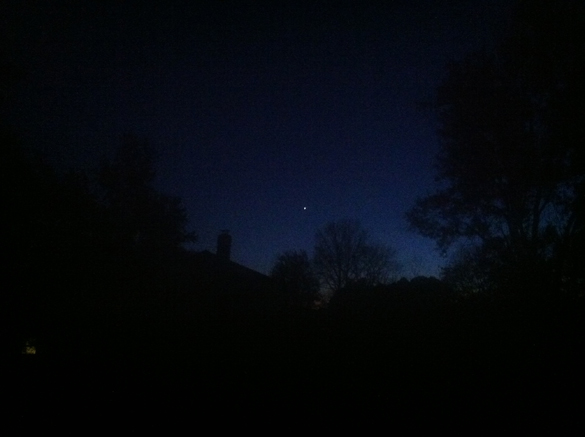 The witness reported seeing the same object multiple times over a three-week period as shown in this image. (Credit: MUFON)

In the first report, the witness stated that they first observed the object a few weeks prior and then began seeing it again.

“I’ve noticed this light five times in the past three weeks,” the witness stated. “Definitely wasn’t an airplane or a helicopter. I live not too far from the Willow Grove Air Base, so I definitely know what an airplane and helicopter look like at night.”

The witness claimed that the object was not a star, planet or satellite. 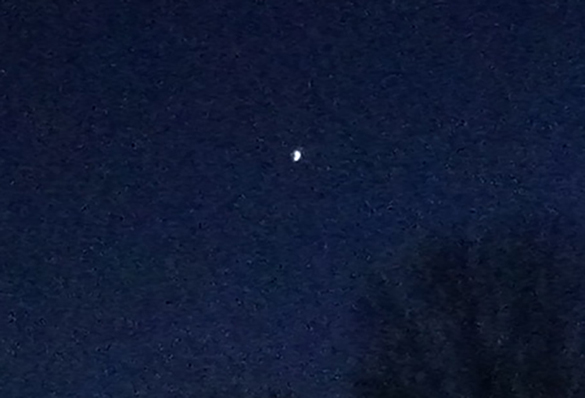 The witness has ruled out conventional aircraft and believes it was also not a planet or satellite. Pictured: Cropped and enlarged version of witness image. (Credit: MUFON)

“Was able to watch this object for about 30 minutes. Went back in the house and came out to check on it about an hour later and it was gone. It was a clear night out. This object seemed to at times grow extremely bright and then dim. Looked like it was rotating. Hovered for 15 minutes and then very slowly started to move to the east. Several airplanes and a helicopter in the area. Way more then I normally see on a given night. And they were all in the area of this object. My husband was also puzzled by this object.”

“Same event as described as the evening before. Lasted about three hours and took the same path. Again, extremely bright, star-like object. Took the same path as previous night.”

The witness included a video with this second report. Pennsylvania MUFON Field Investigator Bob Luther investigated and closed this case as an Unknown. 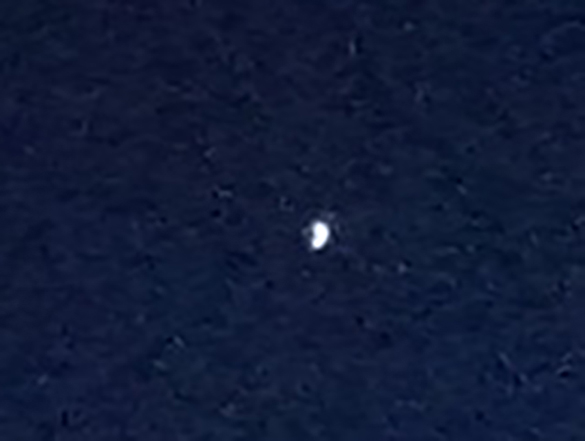 The object hovered in place and moved slowly out of the area. Pictured: Cropped and enlarged version of witness image. (Credit: MUFON)

Chalfont is a borough with home rule status in Bucks County, Pennsylvania, population 4,009. Please remember that most UFO sightings can be explained as something natural or man-made. The above quotes were edited for clarity. Please report UFO activity to MUFON.com.