A Pennsylvania witness at Slippery Rock reported watching and videotaping a sphere-shaped UFO the size of a basketball, according to testimony in Case 79259 from the Mutual UFO Network (MUFON) witness reporting database.

The witness is a student at Slippery Rock University who ruled out ball lightning, dust particles and bugs. The event occurred beginning about 10:27 p.m. on September 18, 2016.

“I was doing my homework when suddenly I noticed a bright dot out of the corner of my eye followed by my neighbor’s dog barking like crazy,” the witness stated.“Upon noticing these things, I then turned towards the window and saw a very bright, basketball-sized, white/silver, beautifully uniquely shaped UFO (orb). This orb was like nothing I’ve ever seen or experienced before.” 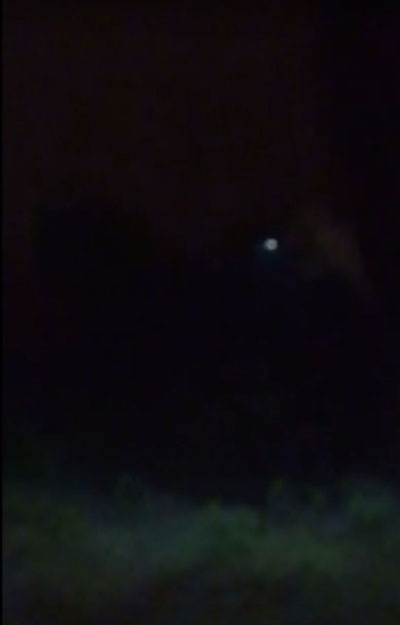 The witness said the object appeared to be angelic.

“Its shape was mainly spherical, but looked like it was a spherical shape hard to comprehend – like a two-dimensional creature seeing a three-dimensional sphere. It’s almost like it came from a higher dimensional plane, managed to somehow project to our plane, gave off a feeling of power and love, and was accompanied by a light humming sound.”

The witness has a theory. 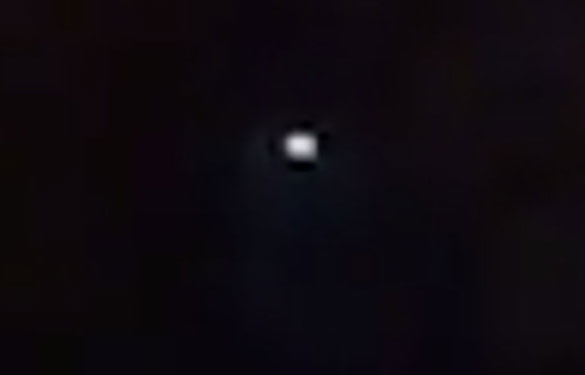 “The orb’s travel path was linear, traveling from the woods (behind the back parking lot of my building) to a lamp post (in the back parking lot). While traveling, it was pulsating. Again, I was absolutely astonished by this object. The duration of time it took the orb to travel from the woods to the lamp post was approximately one minute. When the orb neared the light post, it caused the lights to dim initially. When the lights brightened, the orb started to almost ‘dance’ around them in some sort of way. The object appeared to be metallic and have some sort of electric and magnetic field around it. With that being said, it’s almost like the orb was trying to ‘charge’ itself by interacting its magnetic field against the electric field emitted by the light (this is explained by the solenoid-coil experiment to create a charge).”

The orb then became brighter.

“As the orb did this it started to brighten. After staring at this orb baffled, confused, and coming to the realization that I wasn’t seeing things, I took out my phone and started recording it. After a couple seconds of recording I waved my hands to try to get its attention. Upon seeing me, the orb started to zigzag from one point in space to another instantly (null geodesic) and then suddenly vanished instantly. Also, the object appears to disappear traveling to the left.” 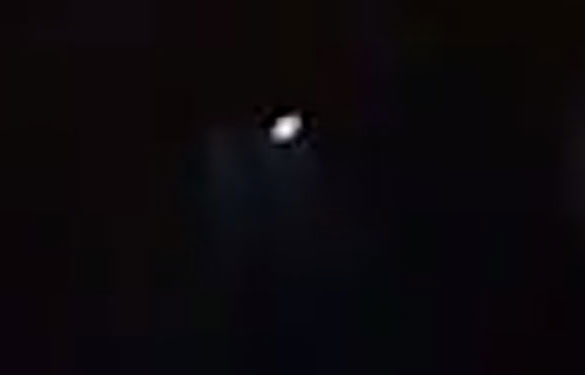 The witness included one video with the MUFON report, which was filed on September 19, 2016.

“I submitted the original unedited video I took, so if you want to see how the object actually takes off, slow down the time frames in the video at the time gap from 32s-36s. Thank you very much for taking the time to read this and watch the video. And as a junior physics and engineering student I ensure the accuracy of the theory and invite you to look into the physics/mathematical topics after watching the video to try to make sense of these UFOs and their nature. Hope to hear back from you soon.”

Pennsylvania State Regional Director Fred Saluga is investigating. Please remember that most UFO sightings can be explained as something natural or man-made. The above quotes were edited for clarity. Please report UFO activity to MUFON.com.