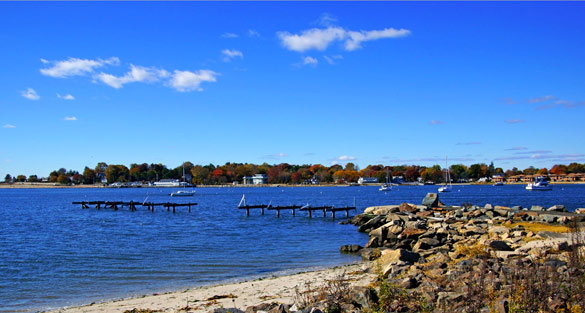 A Connecticut witness at Bridgeport reported watching a slow-moving, white craft at low altitude moving over Black Rock Harbor about 11 p.m. on July 2, 2016, according to testimony in Case 77451 from the Mutual UFO Network (MUFON) witness reporting database. 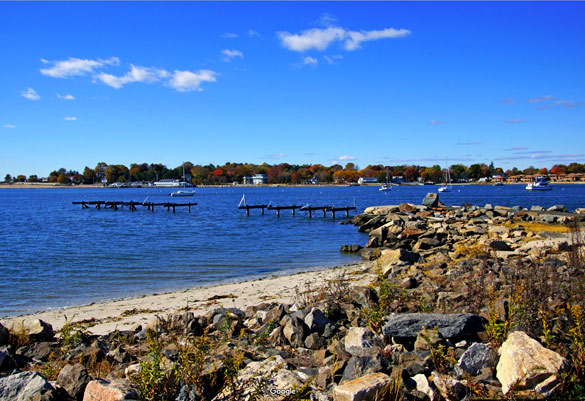 The witness was very familiar with Black Rock Harbor when the UFO moved low across the sky on July 2, 2016. (Credit: Google)

“The Fairfield fireworks had ended,” the witness stated.“The crowd was thinning out. The boats had all come back in. It was time for me to go fishing. I live on Long Island Sound. I fish every night from April to January. If it happens in the night sky I see it! Every moon. Every meteor shower. Every fireworks display.”

The witness was sitting in a spot facing the water.

“Two friends were standing up facing me with their backs to the water. I looked up to engage one friend in conversation. Over her left shoulder I saw a rather large, slow-moving, oval-shaped craft. It was illuminated white. It was blurred because it was flying in low cloud cover or possibly smoke hanging in the air from the fireworks.” 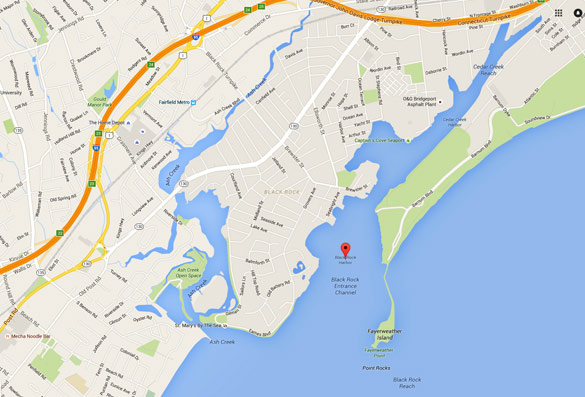 The witness watched the object for about 10 seconds before it faded away into the cloud or smoke.

“It travelled slow and would have been following the shoreline heading south. As I’m watching this thing I’m going through the Rolodex in my brain sorting through memories and experiences and what I know already. Airplanes and helicopters have clear projected lights as well as red blinking lights. They also create sound. This was illuminated white and silent.”

The witness even considered someone shining a spotlight into the sky.

“But the light would reflect off the cloud or smoke. None of that either. I’ve been here 25 years and no plane or helicopter has ever flown this bearing, barring search and rescue. There was no search and rescue that night. I eliminated everything I thought it could be based on my experiences. What I am left with is actually a white, walnut-shaped, slow and low moving craft over the shoreline of Black Rock Harbor. Has anyone else reported this?” 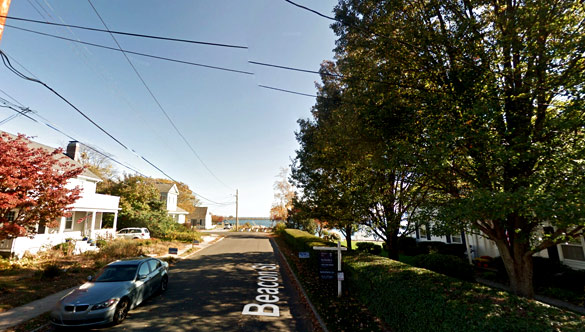 The slow-moving craft moved over the shoreline. (Credit: Google)

Black Rock Harbor is located in Bridgeport, Connecticut on Long Island Sound. Connecticut State Director Michael Panicello is investigating. Please remember that most UFO sightings can be explained as something natural or man-made. The above quotes were edited for clarity. Please report UFO activity to MUFON.com.