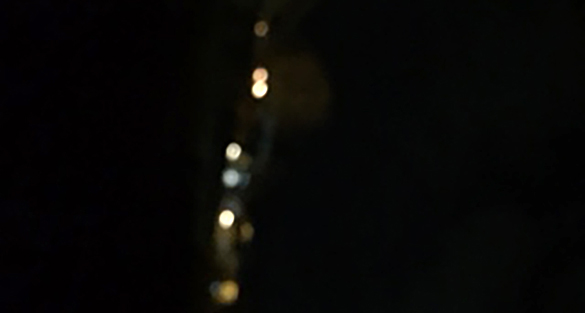 An Oregon witness at Eugene watched and photographed a series of lights “in perfect alignment” that appeared to move to ground level and land about 11:40 p.m. on January 17, 2016, according to testimony in Case 73955 from the Mutual UFO Network (MUFON) witness reporting database. 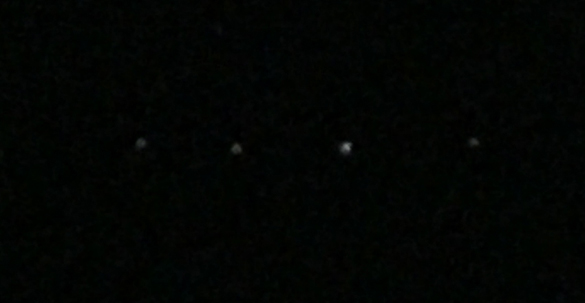 The witness was outside on a deck when the lights were first seen looking like radiating stars in perfect alignment and spaced like they were on a kite string.

“I took pictures for 20 minutes and then my phone died,” the witness stated.“I was shocked to see this and got my sister to look at them as I had never seen anything like this.”

The witness first thought the lights were airplanes arriving at the airport. 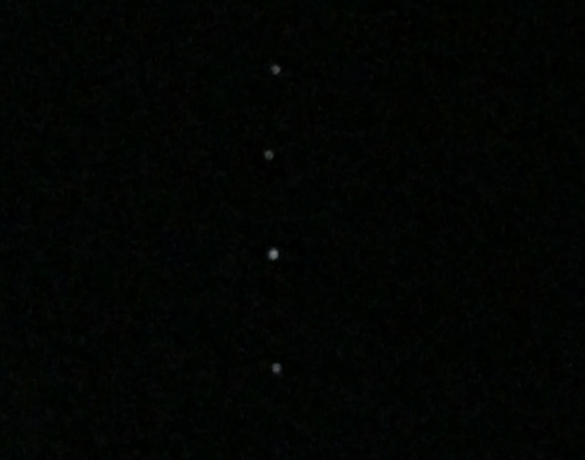 “But they never moved and then they glided down in synch following the arc pattern in the sky. They were white with various levels of brightness. One in the middle seemed to be further away and then moved into alignment and was the same brightness. The lowest one had a blue tinge in the center and was shaped like an orb. The top one was the same size and density as the bottom one.”

The lights were stationary and in perfect alignment staying in place for 45 – 60 minutes and then they suddenly moved down to the horizon in synch. 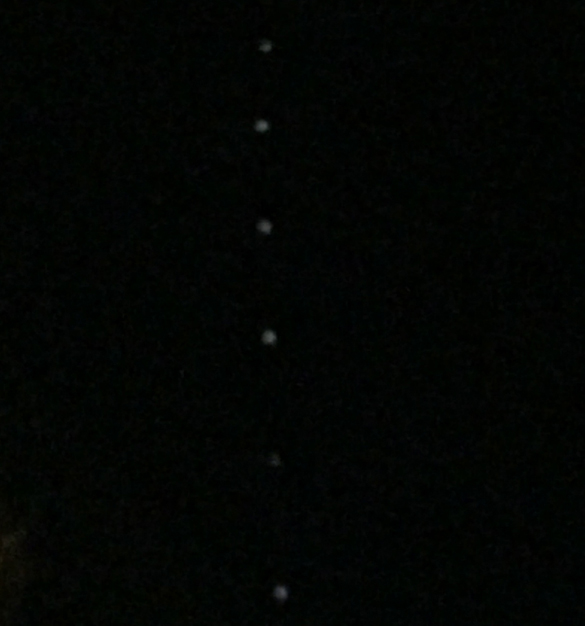 “That was about 12:20. I am not sure how far away they were but I think they landed. They got brighter as they traveled down and then disappeared at approximately 3-5 degrees from the horizon. It could have been behind the hills to the east. They moved straight down in alignment like someone was pulling a kite string. One after the other.”

One light did not immediately move in unison with the other lights.

“The top light did not move until all the others went down and then it glided down separately in the same alignment.”

The witness wondered what the objects were. 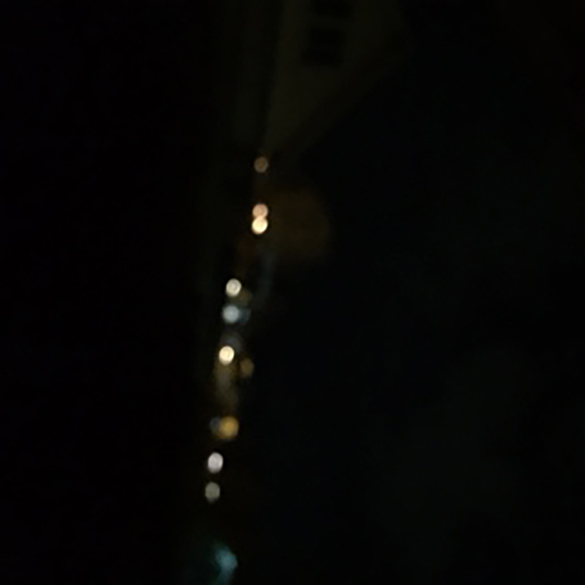 “After they came down, I could then see at least two lights moving like airplanes. When they were visible I looked for airplane lights in the sky. At first I thought they were satellites, then drones, then I concluded neither. The point at which I concluded I was seeing something unidentifiable was when I realized after they disappeared so quickly I saw airplane lights and they were headed towards that area. My pictures aren’t very good, but if you enlarge them you can see the lights. Mystifying for sure.”

Eugene is a city in Oregonlocated at the south end of the Willamette Valley, near the confluence of the McKenzie and Willamette rivers, about 50 miles east of the Oregon Coast. Please remember that most UFO sightings can be explained as something natural or man-made. The above quotes were edited for clarity. Please report UFO activity to MUFON.com.