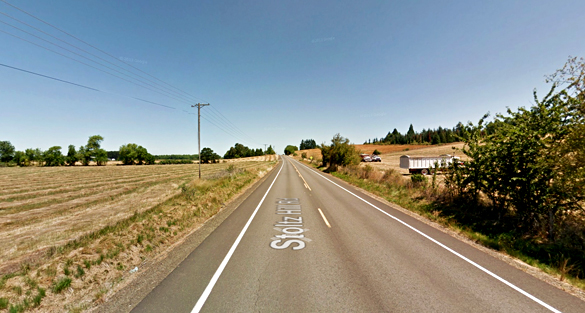 An Oregon witness at Lebanon reported watching a fast-moving object crossing his property just four feet off of the ground that created a water-like distortion in the air, according to testimony in Case 77679 from the Mutual UFO Network (MUFON) witness reporting database. 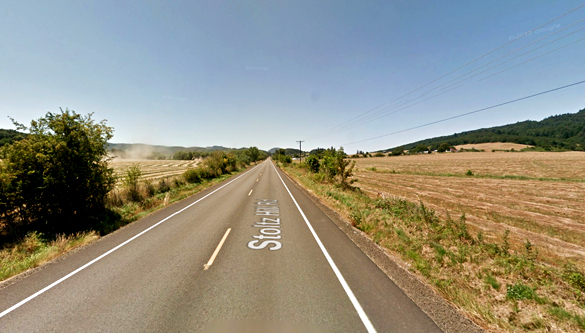 The witness and his wife were outside on July 14, 2016, when the object crossed their property just four feet off of the ground. Pictured: Lebanon, Oregon. (Credit: Google)

“Something traversed between my wife and I about four feet off the ground that made an unidentifiable noise and the speed of which was extraordinarily fast,” the witness stated.“Neither of us place any credence in ‘aliens among us’ or visitations.”

The witness believes the physics against such things are irrefutable.

“My career was in astronomy on top of Mauna Kea in Hawaii. My wife was a banker and accountant.” 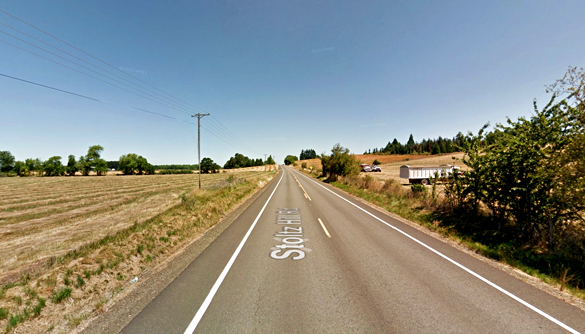 The object created a distortion in the air that seemed like looking through water. Pictured: Lebanon, Oregon. (Credit: Google)

The object somehow created a distortion.

“Whatever it was created a distortion in the air between us for an instant. We live in a suburban area and our residence is surrounded by a fir forest. To the right of me from whence ‘it’ came is a 150-meter-tall hill about 50 meters away which we also own. Aside from the noise of the event there was absolutely no report one might ascribe to the discharge of a fire arm. Our area is for the most part dead quiet. If it were a bullet, etc., ‘it’ would have to be able to climb a 150-meter-tall hill, go over the top, and then descend to our level and go absolutely parallel to the ground between us.”

The witness hesitated to report the event.

“I have been reluctant to report this because of my own core beliefs, however, one of my friends encouraged me to do so anyway. I have a home observatory (a Meade 12-inch LX200) and do a lot of observing and hunting for NEOs. I have yet to see anything unexplainable either here or on top of Mauna Kea. Having said that, the event my wife and I witnessed not only frightened us, but left us with profound curiosity as to its origin. The distortion in the air between us looked as if we were looking through water. The noise was subtle, but unlike anything we have ever heard. I own guns and know a ricochet when I hear one. Am I alone in this?”

The object also emitted a noise that the witness was not able to identify. Pictured: Lebanon, Oregon. (Credit: Google)

Lebanon is a city in Linn County, Oregon, population 15,518. Oregon MUFON Assistant State Director Keith Rowell is investigating. Please remember that most UFO sightings can be explained as something natural or man-made. The above quotes were edited for clarity. Please report UFO activity to MUFON.com.