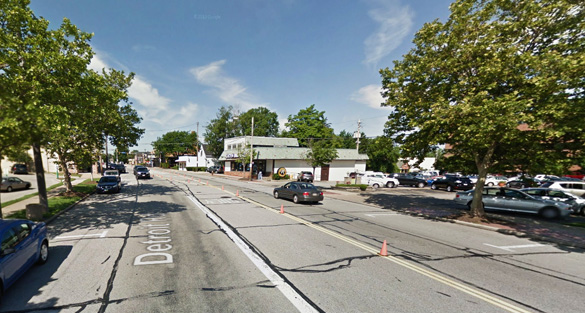 An Ohio witness at Lakewood reported watching a triangle-shaped UFO with three lights that seemed to cloak itself on June 25, 2014, according to testimony in Case 57384 from the Mutual UFO Network (MUFON) witness reporting database. 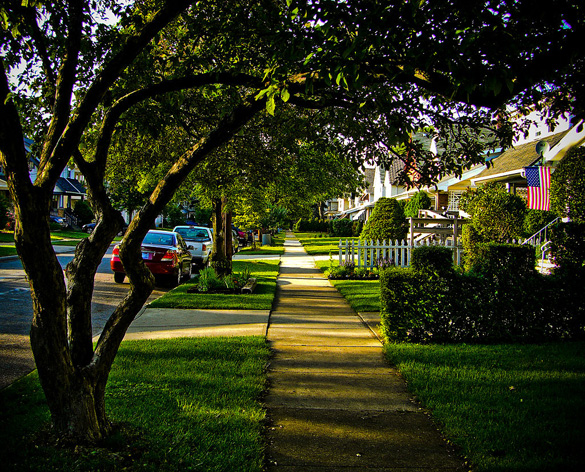 The witness was sitting outside with two friends when the object was first seen.

“My friend’s wife all of a sudden said, ‘What’s that?’” the witness stated. “I looked up and saw an object with three lights start to dim and it looked like it started to ‘cloak.’”

“It had this weird aura around it, and it looked kinda like it was surrounded by water and it started to disappear. I could see what looked like a black craft, but it happened so fast that I can’t say for sure what color it was.”

His friend’s wife then had a second experience.

“She saw three bright, reddish-orange lights in the formation of a triangle in between the trees and then she followed it until it went behind their house. She said she saw the same weird ‘cloaking’ effect that I saw.” 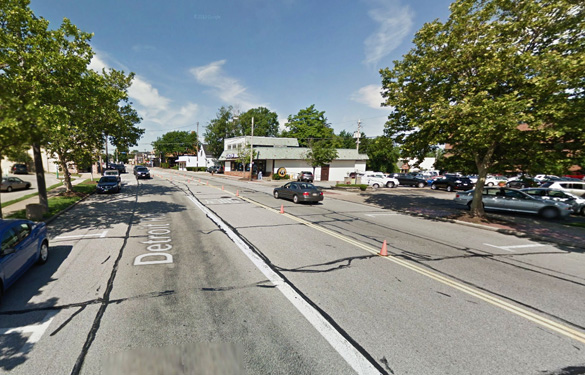 Two witnesses at the scene in Lakewood, OH, saw objects that seemed to be surrounded by water right before they disappeared on June 26, 2014. Pictured: Street scene in Lakewood. (Credit: Google)

The witness said he felt odd just before and just after the event.

“I remember feeling a very weird sensation in my body right before she said ‘what’s that.’ I of course had some anxiety afterwards, but the feeling I had right before I saw it was different.”

Lakewood  is a city in Cuyahoga County, population 52,131. Ohio has a current UFO Alert Rating of 3 with a high number of recent reports nationally. Ohio had 26 UFO reports in May 2014 – the 6th highest reporting state – while California had 102 reports as the highest reporting state. The above quotes were edited for clarity. Please report UFO activity to MUFON.com.