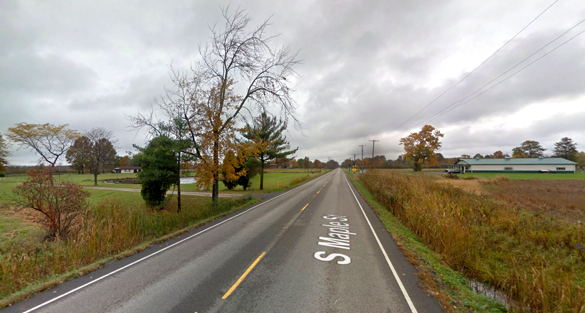 An Ohio witness at Orwell recalled a UFO encounter from 2007 that appeared to trigger a temporary memory loss, according to testimony in Case 79781 from the Mutual UFO Network (MUFON) witness reporting database. 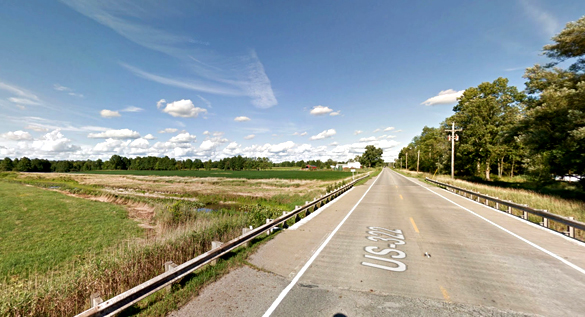 At 9 p.m. on October 10, 2007, the witness was on his way to work at a cabinet factory in Orwell, Ohio, a temp service position he had held for nearly three months.

“I was on the highway and was approaching a bridge,” the witness stated. “Ahead of the bridge I saw a big black, triangle craft with white lights in each corner and one red in the center. It was big enough and close enough that it blocked the sky out.”

The witness moved closer to the object.

“As I approached it, it was just sitting there hovering probably only about 100 feet above the trees and took up both sides of the highway. When I looked up as I drove under it, the red light was right above me. I have never seen anything like it.” 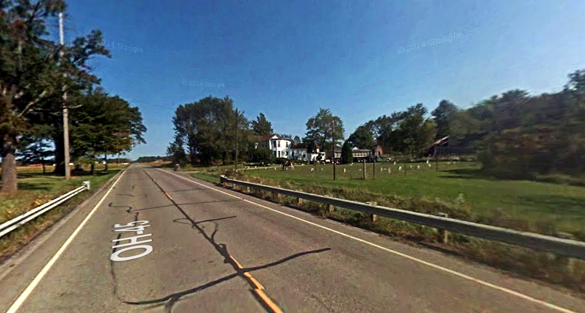 The witness momentarily looked away.

“Then I remember looking in my rearview mirror and it moved off to the right very slowly. And when I tried to look back again, it was gone.”

The witness then experienced a memory loss.

“The weirdest part that bothers me to this day is that I could not remember where I was. I knew I was trying to get to work, but all the sudden had no clue where I was and I had driven this route by memory for almost 90 days. I ended up getting off at a wrong exit and got back on the highway trying to figure out how to get back home. I finally saw a sign that said Youngstown, which was kinda by where I lived in Warren, so I got off there and found my way back home and never went back to work there.”

“I was staying with my father at the time and knew I couldn’t tell him that, so I told him that I was let go from the job through the temp service. To this day I have no idea how I could have forgot how to get to work. It was like I felt funny and couldn’t make a clear thought. I’ve come to this website before, but could never bring myself to fill this out, but I think I just want people to know and maybe someone knows what it was. Thank you.” 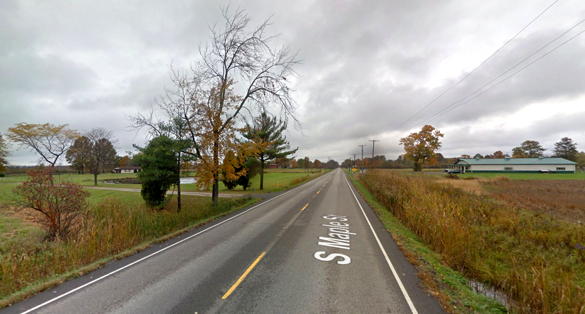 Orwell is a village in Ashtabula County, Ohio, population 1,660. Ohio MUFON State Director Tom Wertman is investigating. Please remember that most UFO sightings can be explained as something natural or man-made. The above quotes were edited for clarity. Please report UFO activity to MUFON.com.