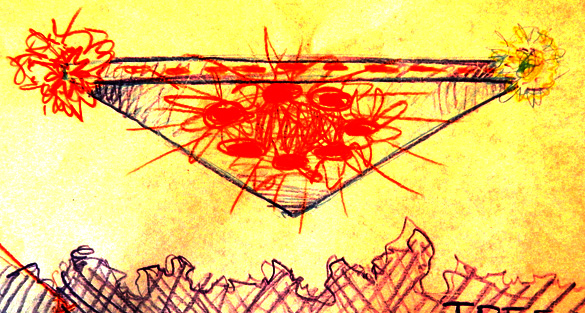 An Ohio witness east of Westerville reported a close encounter with a triangle UFO after getting a psychic impression to go outside, according to testimony in Case 76141 from the Mutual UFO Network (MUFON) witness reporting database. 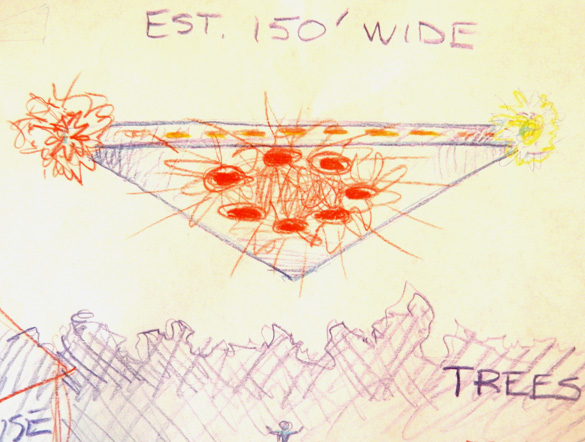 “I observed the same bright light approaching from the north that I had seen just a few nights prior and I had no camera with me,” the witness stated.“The craft entered my frame of vision from the west skimming the tree tops, turned 90 degrees on a dime, and the craft was moving directly at me.”

The witness described the craft’s lighting.

“The navigational lights were that of a jet, but the headlight was 10 times brighter than a typical jet headlight. I had just taken my camera in from my night of sky gazing, took the dog out, took her back in, and started to lock up the door for the night when I got a ‘psychic’ message to return outside and to stand by a particular tree, which I did. Very strange.”

But the idea to go outside to this particular location quickly paid off.

“Sure as the devil, that’s when I spotted the craft approaching from the west and just north of me. I backed away from the tree and boldly stood as the craft centered directly between my eyes and came overhead at an estimated 15 – 20 mph. or less.” 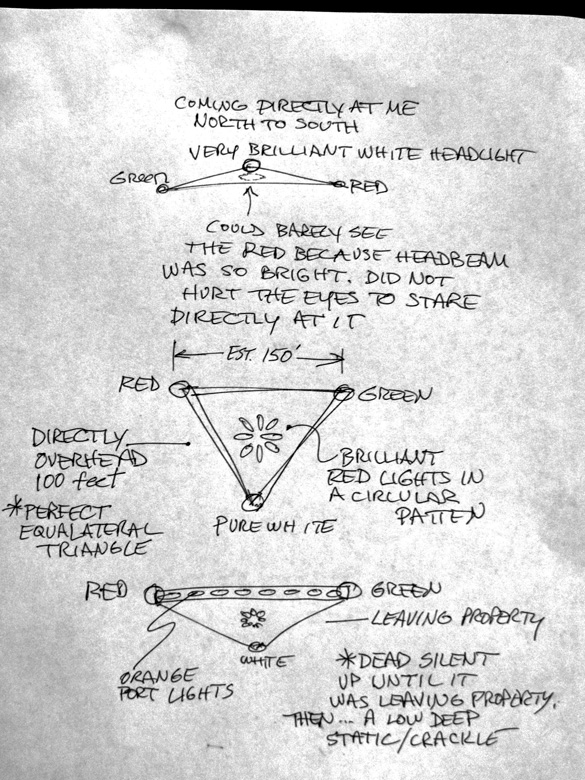 “It presented what appeared to be a full display of lights, including a ring of brilliant, red, individual lights, dead center in the belly of the craft. It was lit like ‘Times Square’ and utterly silent. Another triangle, but this time, just over my head. This time, left light red and right, green; different from prior, higher slightly, higher altitude sightings of two triangles together, with red and white lights only, from days earlier. The head-beam was brighter than the moon and cast for a couple miles forward, at least, and came over at an estimated 100 feet – 125 feet at best. It was very low and slow.”

“I know I said 15 – 20 mph., but in reality it may have been moving at 5 mph. for all I know. I was hypnotized by the green light and a feeling of peace and love that came over me. Again, very strange.”

The witness was amazed at the sighting.

“Whoever or whatever they are, allowed me to see the entire craft. I was in absolute awe. And Iwasn’t the least bit frightened. I know the light mesmerized me as I stood smiling at the craft approaching me. If it were any lower, I could have hit it with a rock. As it passed overhead, I was dead center with the brilliant, red belly lights. If they wanted to abduct me, they could have. As it was about to exit our property, the only sound it made was a low crackling sound. The back edge was trimmed with yellow-orange oblong ports. I got a great look at the craft, but missed a sensational photo op. This struck me as a total anti-gravity craft, as the giant equilateral triangle barely moved through the air, with no wind or air disturbance being generated whatsoever.” 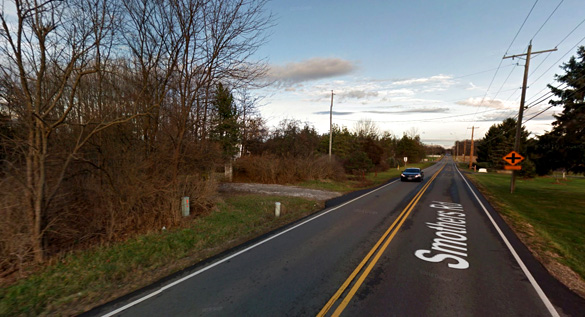 Ohio MUFON Chief Investigator Ron McGlone is investigating. Westerville is a city in Delaware and Franklin counties Ohio, population 36,120. Please remember that most UFO sightings can be explained as something natural or man-made. The above quotes were edited for clarity. Please report UFO activity to MUFON.com.