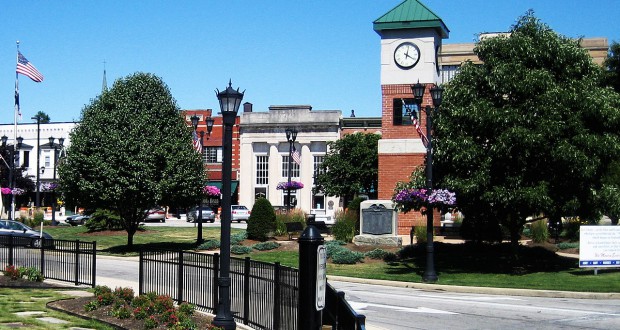 The witness first had a feeling to go to a particular location on the day of his UFO sighting. Pictured: Downtown, Berea, OH. (Credit: Wikimedia Commons)

Ohio UFO witness ‘had feeling’ to drive to sighting location

An Ohio witness at Berea recalls an unusual encounter he and two friends had with a black, triangle-shaped UFO, according to testimony in Case 64318 from the Mutual UFO Network (MUFON) witness reporting database.

The witnesses’ story begins about 8:30 p.m. on October 3, 2002, a few days before his 18th birthday as he had a strong feeling to go for a drive with his girlfriend and another friend.

“My friend asked where to and the same voice from earlier told me the Metroparks,” the witness stated.

The three drove around the Metroparks for about an hour until the “voice” told him that this was the spot. 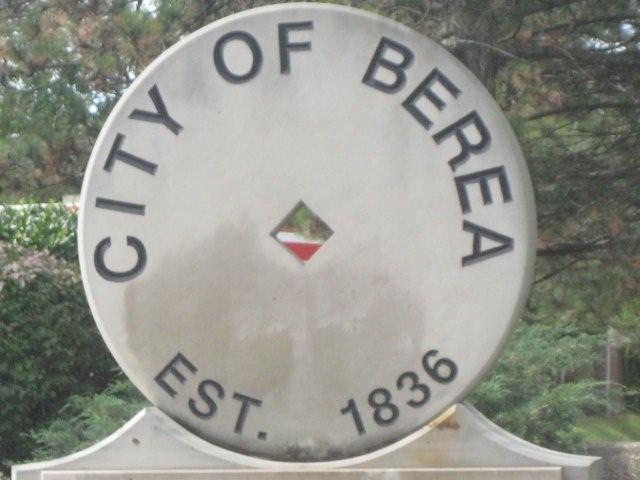 “I told my friend to pull over and we sat there outside the car listening to the radio for about 20 minutes still wondering what we were doing here. I looked up toward the tree line and saw something big flying real slow just above the trees.”

The witness pointed and asked his friends if they were seeing the same thing. At the same time – the radio in their vehicle shut off.

“My girlfriend freaked out, jumped in the driver’s seat and frantically tried to start the car, but it wouldn’t start. I’ve heard of this happening but was astonished that it was actually true. I told her it wasn’t going to start and to just relax. Another car was driving down the road as the object came closer and that car stalled out also.”

“The object was a black triangle with a white light on each corner of the bottom with a larger white light in the middle. Looked a lot like the black triangle from Belgium in 1989, but this one was bigger. It flew in at a slow crawl. I was able to walk faster. It was as long as a football field and about three stories tall. It looked all black until the moon light hit it and then I could see a metallic color. It also had a window on its right side toward the top that was about 20 foot long and three foot high that I could see light coming from.”

Seeing the window upset the witness because he said he could see inside the object and “there was something on the inside that could look out.”

The witness then picked up a rock and threw it at the object.

“I think I hit it because it looked like some kind of force field came up around it. Best way I can describe it is on a really hot day when you see the steam coming up off the road and you can see the air moving. It stopped and hovered.”

The witness began walking toward the object.

“As I walked within 50 feet of it, I can hear it making a low pitch, pulsating hum which I could feel as a static electricity pulsating through my body. I yelled to my friend to see if they could hear it, but they couldn’t. I walked directly under it for a couple minutes, in which time I had a conversation in my head that’s still unclear. All I remember hearing at the end was that they’re coming and we have to go.” 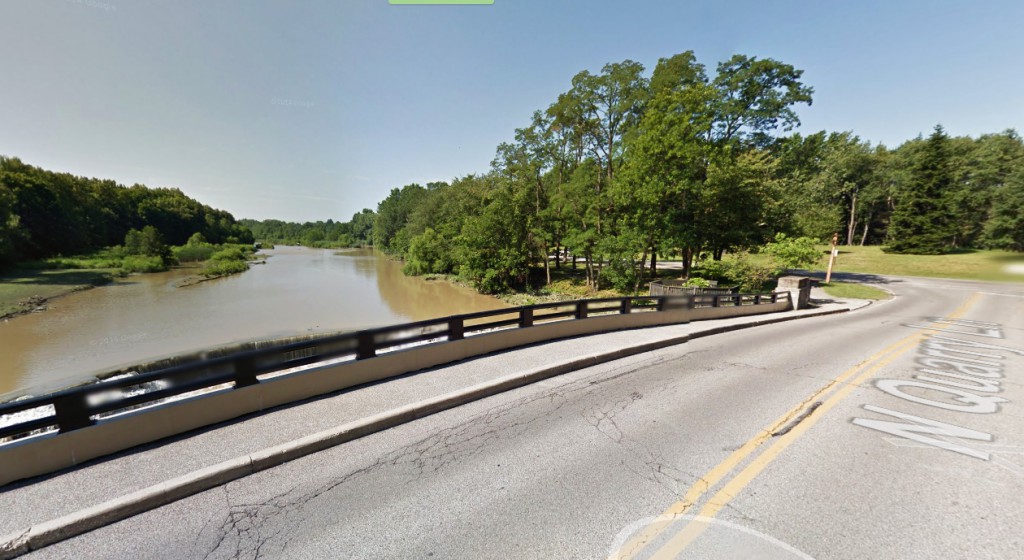 During the sighting, the witness walked within 50 feet of the object and could hear it making a low pitch, pulsating hum which sent static electricity pulsating through his body. Pictured: Berea, OH. (Credit: Google)

“It then rose back above the tree line and continued on its original path. A couple minutes later, a military jet flew over and a minute after that two more right next to each other at the same altitude and direction as the object. We jumped in the car; made sure we all saw the same thing and got out of there. The next morning I woke up confused and feeling funny. I put on the shirt from last night and realized I had a big pink blotch on the right shoulder of my blue shirt. Nobody ever wanted to talk about what happened after that.”

Ohio is currently a UFO Alert Level 5 – with 0.69 sightings per million population based on MUFON February 2015 statistics. Ohio received a total of eight UFO reports in March.