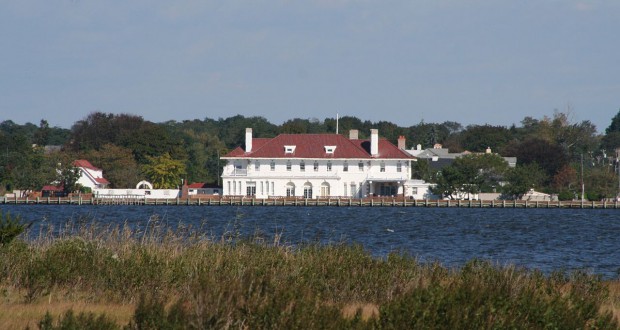 The witness said he was frightened by the entity, but could not move. Pictured: Westhampton, on the East End of Long Island, Hampton County, NY. (Credit: Wikimedia Commons)

A New York witness in Suffolk County reported being woken up by a sound and seeing an entity standing nearby, according to testimony in Case 63119 from the Mutual UFO Network (MUFON) witness reporting database.

The witness was asleep in his bed when he woke to a “weird buzzing sound.”

“And I turned and looked and saw some kind of creature about 5 foot, 3 inches, standing silently in my bathroom doorway staring down at me,” the witness stated.

The witness described the entity.

“He wore a blue-ish spacesuit of some kind and had black boots on up to his knees. The outfit covered the whole body except its neck and face, which was horrible looking and very strange. He had a sad look on his face and it appeared like its skin was very wrinkled or had a melted-like appearance.”

The Suffolk County, NY, witness said he was awoken from sleep by a noise and saw an entity standing near his bed. (Credit: Google)

The witness became very frightened at this point and yelled out and tried to move away.

“I couldn’t move. Then I immediately passed out, which I’d never do if I’m facing something like that – an ugly spaceman in my house. I think it knocked me out somehow even though he just stood still and didn’t move towards me.”

The witness woke up five hours later and the entity was gone.

“I wasn’t sure about reporting this, but I thought after two days went by that maybe someone has seen this creature before. I pray I never see it ever again. I found a weird lump on my back around the shoulder blade that was never there before. And I have a weird pain in my shoulder now. It’s terrible these aliens can come in your home unannounced and late at night. That scares me a lot. I haven’t slept since it occurred.”

The witness also has a memory of an orb.

“I also remember seeing a bright white, glowing orb float past my bathroom window three days before this incident happened. I thought the orb was strange and didn’t pay it any more mind. It was the size of a baseball and was very luminescent. Light came off it like a tail and floated very much like a ghost and was silent. Maybe that’s how they find people. I’m no expert – just a wild guess.” 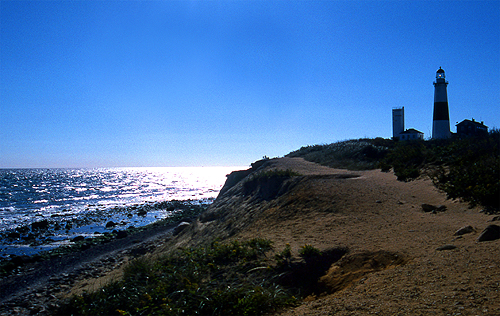 The witness also recalls seeing an orb the size of a baseball in his home three days earlier and wonders if the two events are connected. Pictured: The Montauk Lighthouse is a landmark of Suffolk County, NY. (Credit: Wikimedia Commons)

Suffolk County is a suburban county located in the state of New York, population 1,493,350. Please remember that most sightings can be explained as something natural or man-made. The above quotes were edited for clarity. Please report UFO activity to MUFON.com.