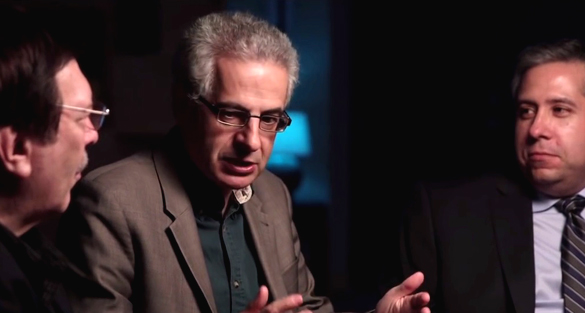 Open Minds UFO Radio: Nick Pope investigated UFOs for the United Kingdom’s Ministry of Defense (MoD) for several years in the early 1990s. He was skeptical about the phenomenon when he began looking into the matter. However, after having reviewed several credible cases Nick concluded that there was UFOs pose a real mystery, and unidentified vehicles in our airspace could pose a threat to national security. Since he has left the MoD, Nick has authored a book on the UK’s most credible and famous UFO case, Encounter in Rendlesham Forest: The Inside Story of the World’s Best-Documented UFO Incident. He is also a journalist and media commentator.

In this episode, we discuss the renewed interest the U.S. government appears to be showing in the UFO topic since the revelation that the Pentagon has its own UFO research program, that allegedly continues to this day. We discuss the fact that several individuals have addressed congressional subcommittees recently, and what that means to the future of government involvement in UFO research. Nick gives his unique perspective a being one of the few who has worked on a government-sponsored UFO research program.

For more about Nick visit: NickPope.net

Watch Nick’s new documentary Aliens at the Pentagon on iTunes.

His book Encounter in Rendlesham Forest: The Inside Story of the World’s Best-Documented UFO Incident can be purchased here: https://amzn.to/2q9scUM