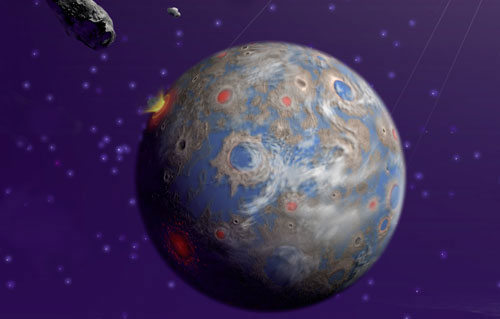 Astrobiologists searching for life elsewhere in the universe use the current understanding of life to target their search. Small, rocky, Earth-like worlds are considered more likely to be hospitable to life as we know it. But scientists have only recently been able to detect these smaller planets thanks to newer tools like the Kepler space telescope.

Studying the atmospheres of these rocky worlds would help to better determine if they could support life. Because oxygen is so important to life on Earth, detecting oxygen on an alien planet would be an exciting indicator that life could potentially exist there. Unfortunately, current telescopes are not sensitive enough to analyze the atmospheres of these small rocky planets. But massive telescopes currently being constructed will be able to see such atmospheres, and perhaps detect oxygen on an alien world. 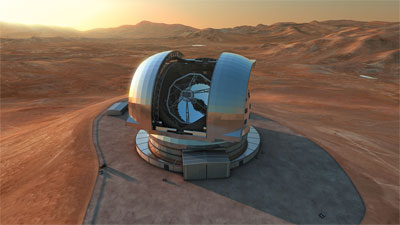 According to NewScientist.com, the European Extremely Large Telescope (E-ELT) will be one of these giant telescopes. The European Southern Observatory explains that the E-ELT will be “the largest optical/near-infrared telescope in the world and will gather 13 times more light than the largest optical telescopes existing today.”

But as NewScientist.com explains, detecting oxygen on one of these planets is still going to be a long shot because “an exoplanet has to pass in front of its star many times to gather enough data to say for sure whether oxygen is present. Depending on the planet’s orbit and the size of its star, that could take between 4 and 400 years.”

The E-ELT is projected to begin operating in the next decade.