A New Hampshire witness at Lincoln reported watching and videotaping what appeared to be an unknown object following a jet, according to testimony in Case 81792 from the Mutual UFO Network (MUFON) witness reporting database. 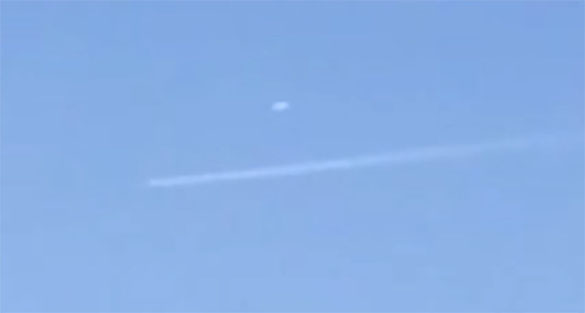 “I am told that military pilots train in the mountains around where I live and I’ve always enjoyed seeing them fly through,” the witness stated.“This happens all the time. Jets and helicopters are a common sighting. So I naturally saw the jet and did a double take, because there was something following it.”

The witness thought that the object looked strange – possibly something the military built, but not a jet.

“I knew it wasn’t a jet because it was actually right behind one. The jet it was chasing left a long contrail behind it, but the UFO did not. The UFO was gaining on the jet. No helicopter could do that. I was blown away and luckily got out my phone in time to take a video. I watched the object gaining on the jet for about 10 seconds when I lost them in the trees.” 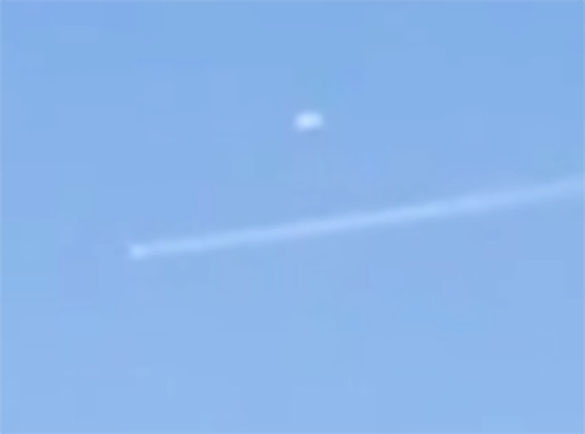 The witness felt excited and anxious at the sighting.

“I felt I had witnessed something very hard to dismiss as a weather balloon or some obvious type of aircraft. Shortly after the jet and object left my range of sight I saw three more jets and one helicopter going the same direction (in my opinion chasing the UFO). I also got another video of those other aircraft. I would like to show the video to an aviation expert and maybe get an explanation. I’m uploading to MUFON hoping for answers.” 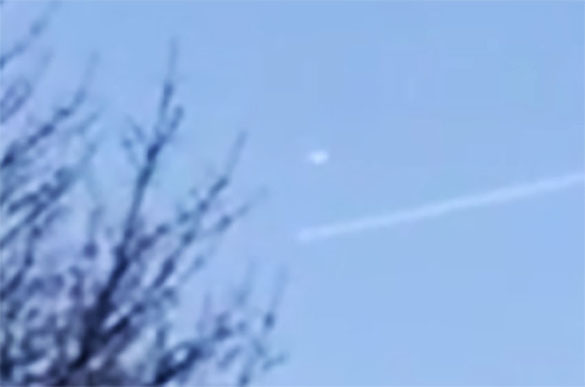 New Hampshire MUFON Field Investigator Breann Smith is investigating. Lincoln is a town in Grafton County, New Hampshire, population 1,662. Please remember that most UFO sightings can be explained as something natural or man-made. The above quotes were edited for clarity. Please report UFO activity to MUFON.com.