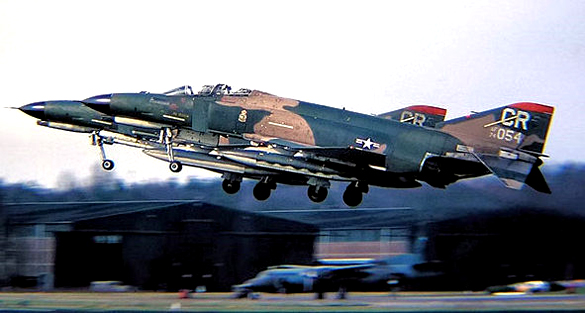 A Netherlands witness at Soesterberg recalled a UFO encounter in the military from 1991 that left him traumatized, according to testimony in Case 74907 from the Mutual UFO Network (MUFON) witness reporting database.

The witness was outside walking during a night shift watch at a military base near Soesterberg, Netherlands, about 3 a.m. on February 17, 1991, when the incident occurred. 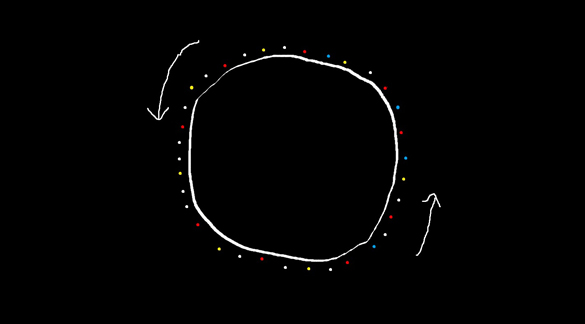 Witness illustration of the object seen on February 17, 1991. (Credit: MUFON)

“Along with another cadet I came at the central parking lot at 3 a.m. and saw a big circle in the sky straight on top off us,” the witness stated.“It had no shape, but only bright lights slowly rotating anti-clockwise and the light points itself didn’t rotate. The colors were in a liquid manner.”

The object was large and the witness wondered exactly what it was.

“I estimate the object about 30 to 50 meters in diameter. The first thing we both thought was a blimp, a zeppelin, the one like Goodyear has with the light screens on the sides. But the fact that it was very low and absolutely stationary and silent made it very, very odd.” 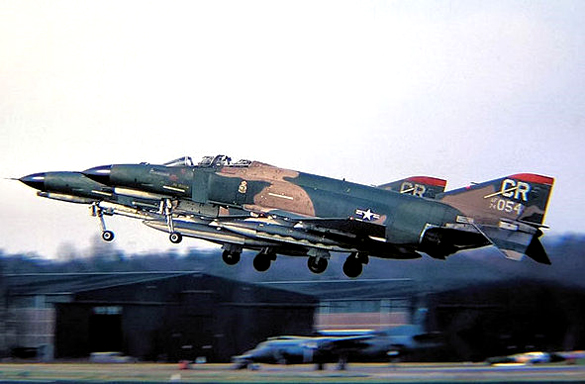 F-4E Phantom II of 32nd TFS taking off, around 1975, at Soesterberg Air Base. (Credit: Wikimedia Commons)

Soon the object began to rotate.

“After some minutes the lights started to rotate faster and suddenly it took off at really incredible speed to the west. A couple of seconds later we felt a short, hard wind blowing which stayed on top of us like a downwash from a helicopter.”

The witness had a clear view of the object.

“If there was a way to describe the speed this thing was going, but I can’t. We had a clear view for over 30 km – that’s 20 miles-plus. This thing covered that distance from stationary in something like 0.10 seconds. I know aviation and have flying experience and I am very technical. This kind of extreme acceleration turns humans into liquid.”

The witness waited 25 years to come forward with the story.

“For many year this has been an unspoken chapter in my life. I didn’t want to speak about the incident because instantly after the encounter, me and the other cadet, became unexplainable very, very ill, and for days suffered a high fever and extreme vomiting. The illness was so bad that it left me traumatized and not able to speak about it for years.” 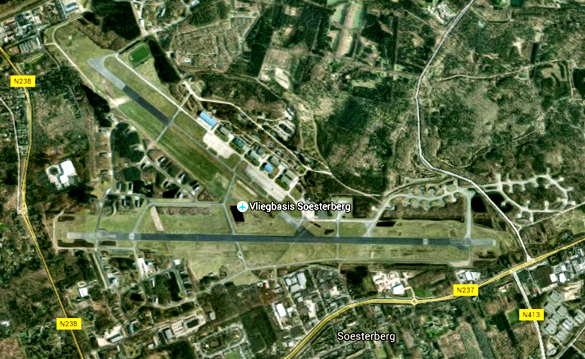 Soesterberg is a town in the Dutch province of Utrecht, part of the municipality of Soest, population 5,798. Soesterberg Air Base was a Royal Netherlands Air Force military airbase located in Soesterberg, first established as an airfield in 1911.For almost 40 years, United States Air Force facilities at Soesterberg, named Camp New Amsterdam was a major front line USAFE airbase during the Cold War. The base was closed on December 31, 2008, due to budget cuts in the Dutch Army.