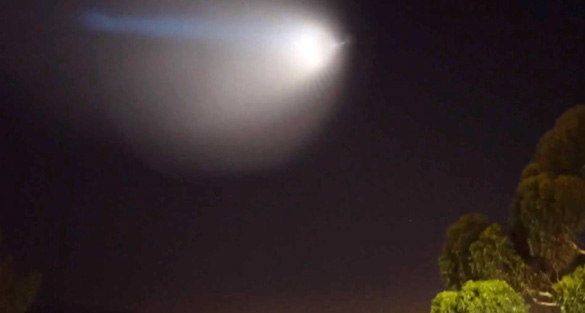 A Navy missile test startled California residents Saturday night, many of whom captured incredible pictures and video of the object. The missile was reportedly seen as far away as Nevada and Arizona.

Reports of a UFO sighting flooded the internet Saturday night. Even Khloé Kardashian got excited about the sighting, tweeting “UFOs are real!!! Tripping out.” She included a link to an incredible video. 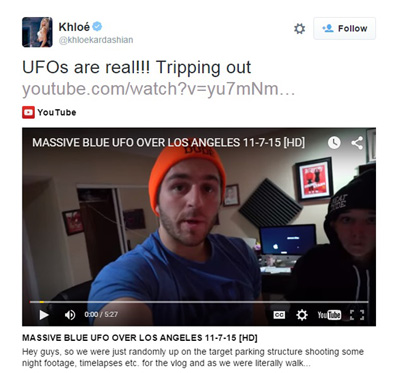 In the video, captured and posted to YouTube by Julien Solomita, a light can be seen moving across the sky when it explodes into a giant cloud of vapor.

In the video’s description Solomita wrote: “Hey guys, so we were just randomly up on the target parking structure shooting some night footage, timelapses etc. for the vlog and as we were literally walking back to the car Jason pointed out this ufo that wasn’t anything but a suspicious orange looking light moving fast..I was able to begin recording right then and there, and as you can see in the video, it turns into something that releases some sort of giant blue light in a circular haze.. It was easily the craziest thing I’ve witnessed. I rushed home to upload this.” 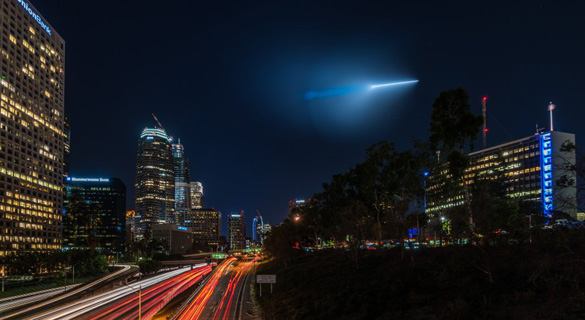 A Trident missile the Navy tested off Los Angeles Saturday night is shown from the Fourth Street bridge over 110 Freeway in Los Angeles. Photographer Preston Newman was on a photo shoot at the time. (Credit: Preston Newman Photography, on Instagram at @Newman_Photos/The San Diego Union-Tribune)

As reports of the strange light and the massive glowing cloud came in, it was not known what the object was. However, it has now been confirmed that the object was a secret test conducted by the U.S. Navy of a Trident II Ballistic Missile launched from an Ohio class submarine off of the coast of Los Angeles in an area called the Pacific Test Range.

The Pentagon said: “The tests were part of a scheduled, ongoing system evaluation test. Launches are conducted on a frequent, recurring basis to ensure the continued reliability of the system. Each test activity provides valuable information about our systems, thus contributing to assurance in our capabilities,” a spokesman told the Los Angeles Times. “The missile was not armed. Strategic Systems Programs does not routinely announce missile testing. Information regarding the test launch of Trident II (D5) missiles is classified prior to the launch.” 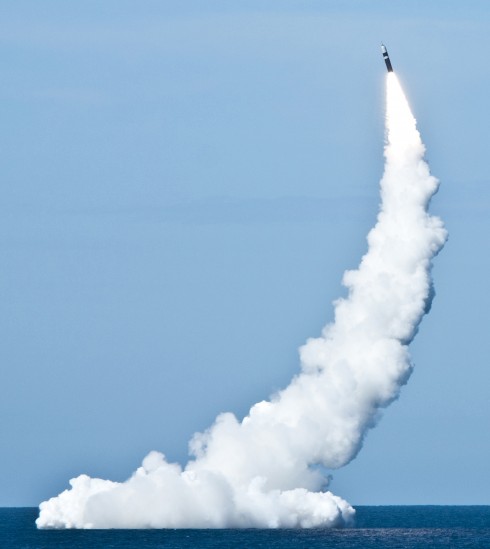 Meanwhile, incredible pictures and video of the event continue to flood the internet.

As of the writing of this story, Solomita’s video has received over 5 million views.