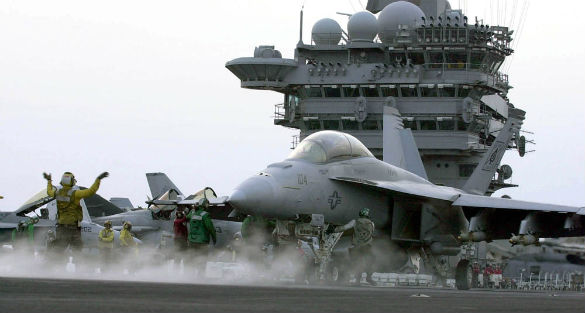 According to a Politico article posted today, it appears the US Navy is acknowledging the UFO mystery. According to the article, the US Navy is “drafting new guidelines for reporting UFOs.” They have also “provided a series of briefings by senior Naval Intelligence officials as well as aviators who reported hazards to aviation safety.”

The later is no surprise to OpenMinds.tv readers and podcast listeners. Ever since Lue Elizondo, a member of Tom DeLonge’s To the Star Academy (TTSA), claimed he was part of a Pentagon project to investigate UFOs, his former program has gotten a lot of attention. So have the Navy pilots who chased one of the UFOs in their reports.

David Fravor and several other of the witnesses to the 2004 USS Nimitz Carrier Strike Group UFO encounter have been on television sharing what they experienced. We have also seen news of congressional committees receiving briefings from these gentlemen, perhaps even TTSA’s Elizondo.

Here are some of the critical items in the Politico article:

“There have been a number of reports of unauthorized and/or unidentified aircraft entering various military-controlled ranges and designated air space in recent years…For safety and security concerns, the Navy and the USAF takes these reports very seriously…”

“The Navy isn’t endorsing the idea that its sailors have encountered alien spacecraft. But it is acknowledging there have been enough strange aerial sightings by credible and highly trained military personnel that they need to be recorded …rather than dismissed…”

“In response to requests for information from Congressional members and staff, Navy officials have provided a series of briefings by senior Naval Intelligence officials as well as aviators who reported hazards to aviation safety,” the service said in its statement to POLITICO.

Elizondo has said that if it where not for TTSA, he may not have made his involvement in the Pentagon UFO program public. It was Elizondo’s revelations that created the media fervor and subsequently brought attention to this topic. That means the efforts of rock star DeLonge, played a large part in today’s story. Read more here: Tom DeLonge strikes UFO gold