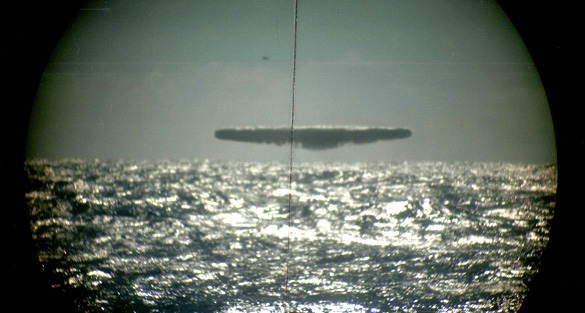 Several impressive photos of alleged UFOs over the arctic captured on camera by the Navy in 1971 have been leaked to UFO researchers, and their discovery has been getting worldwide media attention.

UFO researcher Alex Mistretta claims that the images were originally given to him by an anonymous source in Europe. Later, he discovered that they were also published in a French paranormal magazine called Top Secret. 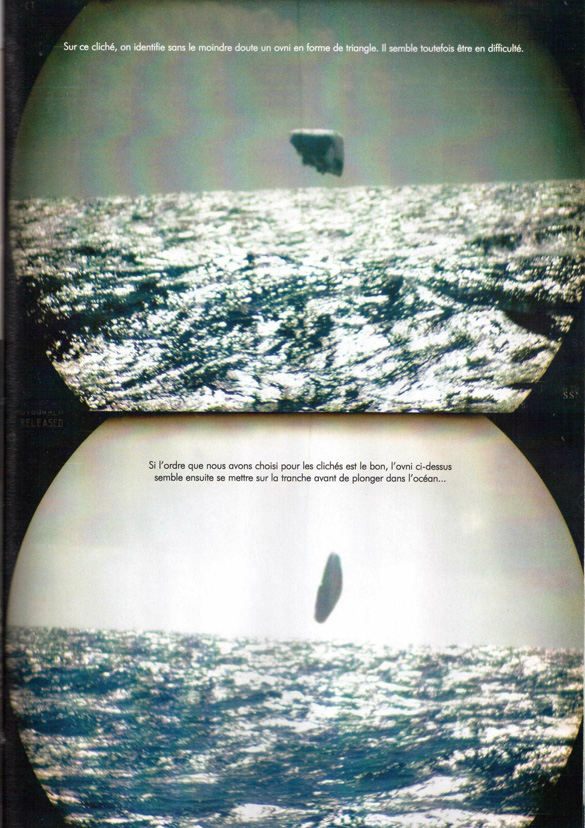 Two of the images from the French magazine Top Secret. The caption reads: “(Top) On this photo, we identify without a doubt a triangular-shaped UFO. It seems to be in trouble. (Bottom) If the order that we have chosen for these pictures is correct, the UFO here seems to now go sideways before plunging into the ocean…” (Credit: Top Secret/TheBlackVault.com)

To further investigate, Mistretta enlisted the help of John Greenewald, who runs the website TheBlackVault.com. He asked Greenewald to post the pictures in hopes that Greenewald and others may be able to find out more about the images.

After posting the story last week, it began getting international headlines. A Reddit user that goes by the name SqizCat was also able to find higher resolution copies of the images.

The images are fantastic. They seem to be of large objects aloft over the ocean, some, if not all, taken from the periscope of a submarine. The big question is are they real, and if so, what are they? 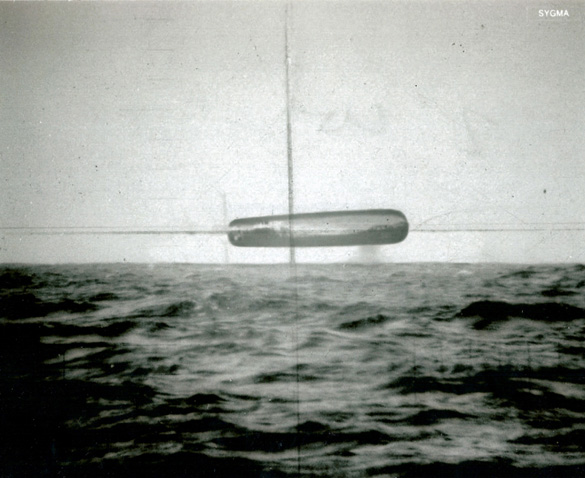 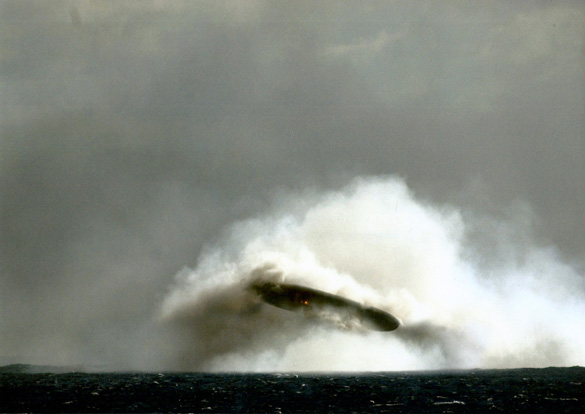 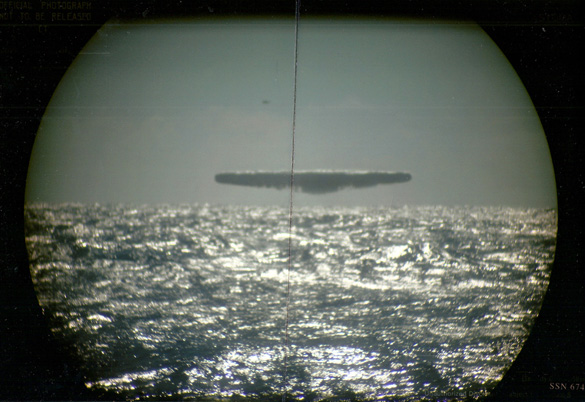 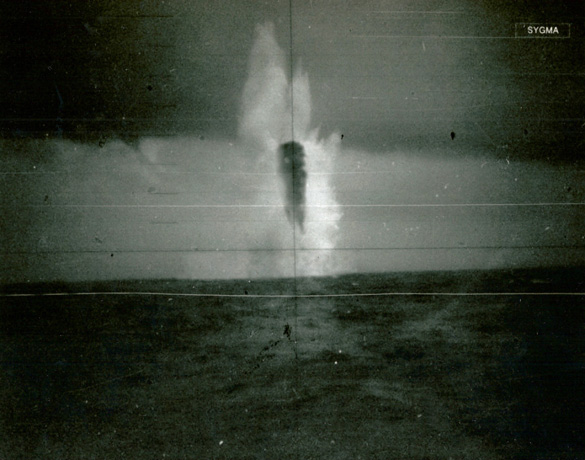 Visit TheBlackVault.com to see more of the images.

In his email to The Black Vault, Mistretta listed what his anonymous source told him. 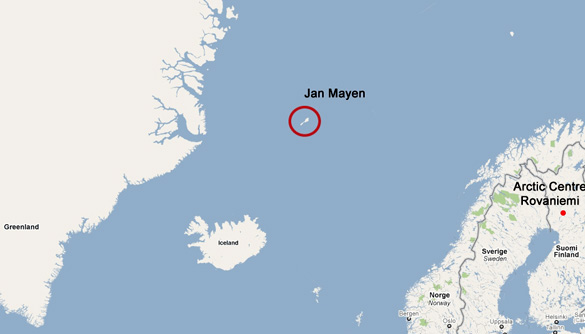 Map of the area the photos were alegedly taken. (Credit: google Maps/TheBlackVault.com)

Mistretta’s next move was to try and contact Sackett and Kilka. He sought the help of Steve Murillo who runs the UFO & Paranormal Research Society (UPARS) in Los Angeles, and is a former Navy pilot. Murillo was able to get in touch with Sackett, and Mistretta says he was able to contact Kilka.

Sackett and Kilka both confirmed that they were on the USS Trepang in March of 1971. However, they say they, nor anyone else, saw anything strange while in the Arctic. 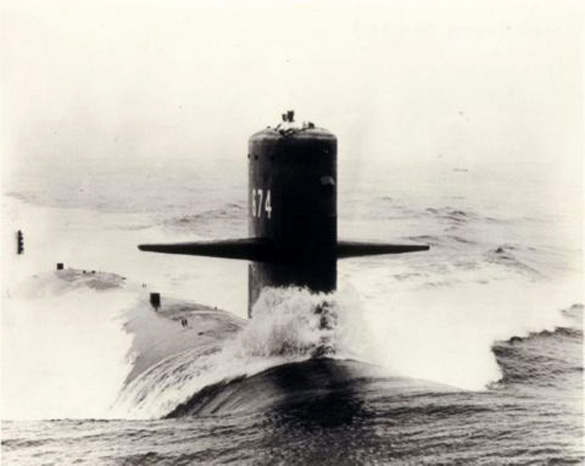 Mistretta wrote: “[Kilka] found the investigation interesting reading, and doesn’t know what the pictures represent. I believe them. I feel confident in saying the Trepang was not involved in the taking of the photographs.”

Although Mistretta now believes his source’s information to be inaccurate, Greenewald found clues that indicate the images may still be real, albeit not extraterrestrial.

Greenewald says, “When I first saw these, I noted there was something very Zeppelin-like about some of the photos, but, unlike the actual Zeppelin’s, it did not have a carrier for the occupants.”

By researching the USS Trepang’s whereabouts, he also found this on the site Hullnumber.com: “From 22 February to 22 March [1971], the nuclear attack submarine operated beneath the northern ice cap, conducting extensive tests to provide data for her weapons systems, as well as carrying out scientific experiments concerning the movement, composition, and geological history of the cap itself.”

This lead him to research test balloons. He searched the Library of Congress and found images of test balloons that look very similar to what is in some of the images. 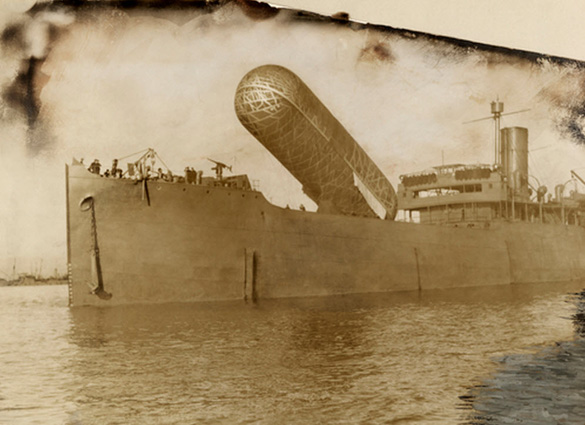 A view of the H.M.S Canning and its observation balloon. – Image discovered by TheBlackVault.com. (Credit: National Geographic.) 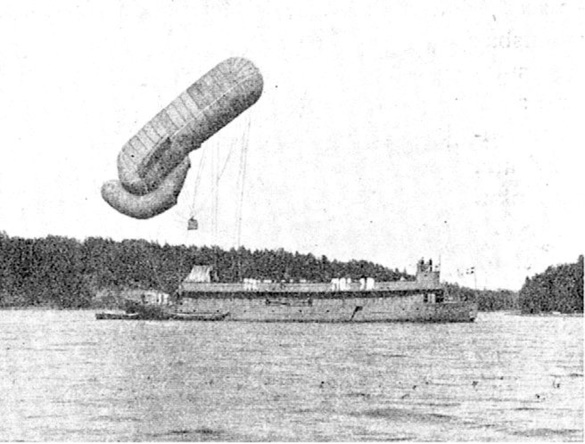 Greenewald’s discovery makes it possible, if not likely, that the images are from test balloons being fired upon by Navy submarines. The images he found were from the early 1900s, so the question remains as to whether similar balloons were still being used in the 70s, or are the images colorized version of much older pictures. Given the misinformation that accompanied the images in the first place, it is also possible they are Photoshopped hoaxes.

Although the media has picked up on the story, few, if any, have mentioned the investigation work done by Mistretta, Greenewald, and Murillo. By leaving out this part of the story, they leave out the fact that many UFO researchers are more than just wild-eyed believers, as the media often portrays. Some are actually doing all they can to look for the truth.

Murillo’s UPARS organization will be hosting Mistretta to discuss this case on July 21, 2015 in Los Angeles. You can find more information on the UPARS Meetup site.

If you have a different theory as to what is depicted in these images, let us know below.