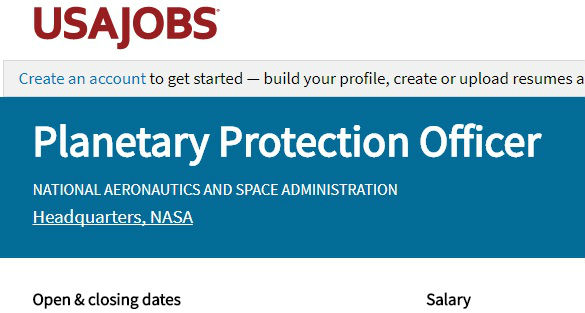 NASA hiring Planetary Protection Officer and USAF seeks to create Space Corps. Who are the enemies lurking in space?

NASA’s recent job posting for a Planetary Protection Officer and the House approving a plan to create a Space Corps in the U.S. Air Force have made worldwide headlines.  It is not hard to understand why. They are exciting pieces of news that make space nerds like me giddily feeling like our sci-fi fantasies have come true.

Could it be that the time has come for us to defend ourselves from a threat from beyond? Perhaps the recent meeting by the Mutual UFO Network focused on a secret space program was not as farfetched as I thought. While it may be fun to think this is the case, the threats these positions are focused on are not alien invaders, well, not the sci-fi kind. 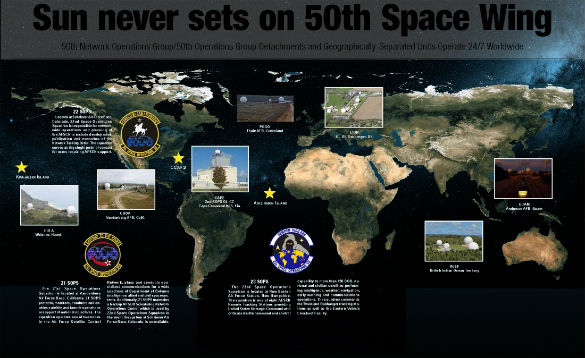 The USAF already has a Space Command and Space Wing. This graphic details the 50th Space Wing’s locations. Click to enlarge. (Credit: USAF)

As NASA recently pointed out, in a response to a nine-year-old would be “Guardian of the Galaxy,” the Planetary Protection Officer position has actually existed since the 60’s. According to the job posting, this position is “concerned with the avoidance of organic-constituent and biological contamination in human and robotic space exploration.”

Or, as they described to the nine-year-old applicant: “Our Planetary Protection Officer position is really cool and is very important work. It’s about protecting Earth from tiny microbes when we bring back samples from the Moon, asteroids and Mars. It’s also about protecting other planets and moons from our germs as we responsibly explore the Solar System.”

They make it seem kind of boring, but these sorts of protocols would have helped the space colonists in the latest installation of the Alien franchise when (spoiler) they got infected by the weird pollen-like substance that turned some of them into deadly xenomorphs. 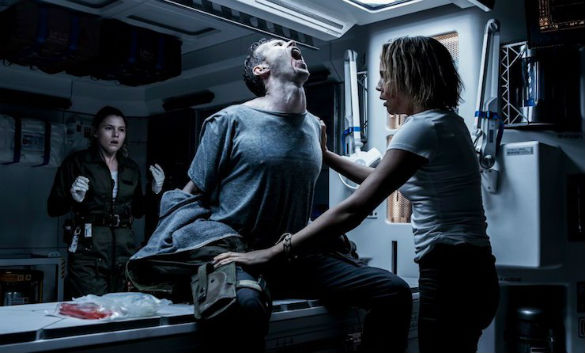 Although the knowledge I just imparted might make it seem like I could be a good candidate for the job, watching sci-fi movies and having watched every episode of X-Files several times is not what NASA is looking for. They would prefer someone with an advanced degree in engineering, physical science, or mathematics. I guess I am out.

So is Jack Davis. Davis is a fourth grader who, like me, felt he was more than qualified to do the job. He sent NASA a one paragraph resume/cover letter, and actually got a response. It is even posted on NASA’s website.

My name is Jack Davis and I would like to apply for the for the planetary protection officer job. I may be 9, but I think I would be fit for the job. One of the reasons is my sister says I am an alien. Also I have seen almost all the space and alien movies that I can see. I have also seen the show ‘Marvel’s Agents of S.H.I.E.L.D. and hope to see the movie ‘Men in Black.’ I am great at video games. I am young, so I can learn to think like an alien.

Guardian of the Galaxy

The kid had me convinced. However, as NASA Director of Planetary Science Division Dr. James L. Green explained, there is a bit more to the job than meets the eye.

I hear you are a “Guardian of the Galaxy” and that you’re interested in being a NASA Planetary Protection Officer. That’s great!

Our Planetary Protection Officer position is really cool and is very important work. It’s about protecting Earth from tiny microbes when we bring back samples from the Moon, asteroids and Mars. It’s also about protecting other planets and moons from our germs as we responsibly explore the Solar System.

We are always looking for bright future scientists and engineers to help us, so I hope you will study hard and do well in school. We hope to see you here at NASA one of these days!

Dr. Green makes it seem like the Planetary Protection Officer position is a tough gig to land. But there may be hope. Jack and I may have a shot to gallivant around space saving the universe as members of the USAF Space Corps. This sounds like a job more likely to include laser blasters, and the House really did pass a defense spending bill approving their creation. 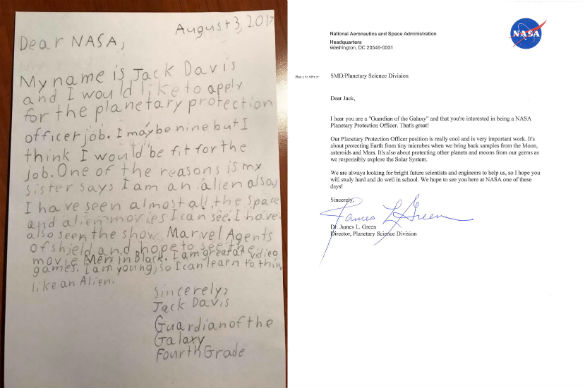 There are just two problems that may prevent Jack and I from receiving our standard issue laser blasters. The first is that although the House approved the bill, the Senate is more skeptical about the need for the Space Corps. Many feel it might be premature to create the department.  In fact, according to the New York Times, the White House has said the proposal is “premature,” and Defense Secretary Jim Mattis essentially laughed it off.

It’s true that there is little evidence we are in imminent danger of being invaded by an alien force, but that is not really what the Space Corps is for anyway. The Space Corps’ proposed purpose, as the New York Times puts it, is to “oversee military operations in that emerging, and important, domain of military competition.” Specifically, competition from the Russians and Chinese. 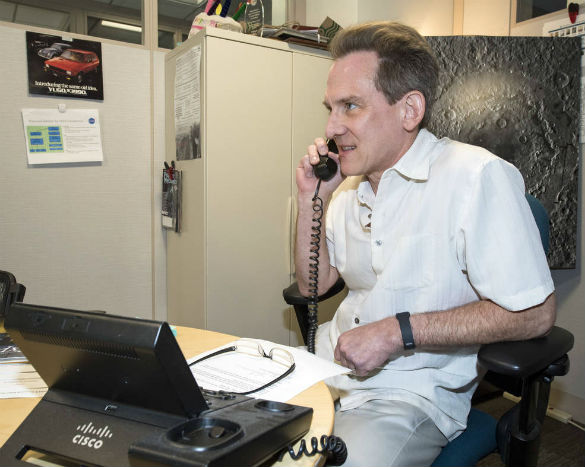 The sorts of weapons currently residing in space are satellite signal jammers.

“What hasn’t happened is the kinetic part: blowing up satellites,” Brian Weeden, director of program planning for Secure World Foundation, an organization that studies the international use of space, told the New York Times.

So we are not in a time where we need the Guardians of the Galaxy… yet. This dashes my hopes of becoming a space cadet, but lucky for Jack, the future is coming very quickly. It would be wise for him to take Dr. Green’s advice, because our activity in space is sure to become even more exciting and sci-fi-like in the near future.