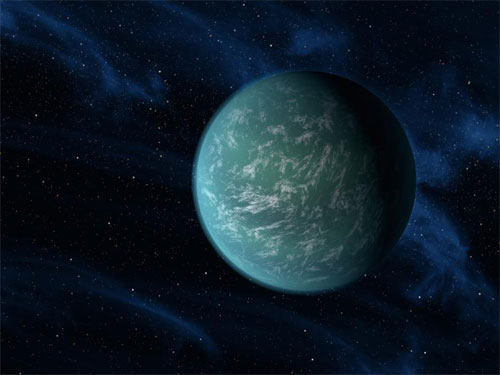 NASA announced the discovery of an alien planet within its host star’s habitable zone at a press conference today. According to NASA, this planet, Kepler-22b, is the first planet to be discovered in the habitable zone, “the region where liquid water could exist on a planet’s surface.” The discovery was made by NASA’s planet-hunting Kepler space telescope, which also just discovered more than 1,000 new planet candidates.

In February 2011, the Kepler team reported 54 potential planets in the habitable zone, but of those 54, Kepler-22b is the first to be confirmed. According to Space.com, “Of the total 2,326 candidate planets that Kepler has found to date, 207 are approximately Earth-size. More of them, 680, are a bit larger than our planet, falling into the ‘super-Earth’ category.

Including Kepler’s latest discoveries, the current number of candidate planets in the habitable zones of their stars is 48. 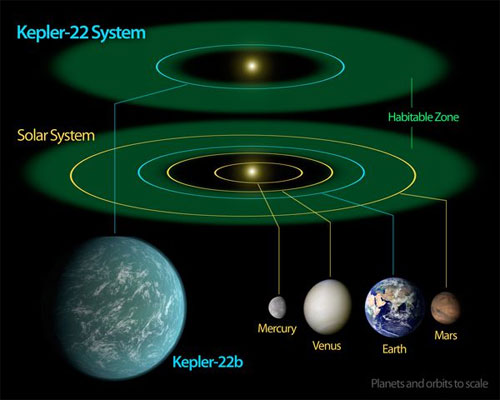 Comparison of our solar system to Kepler-22 (credit: NASA/Ames/JPL-Caltech)

Kepler-22b orbits a star similar to our own. And Space.com explains that scientists believe the discovery of this planet brings us “one step closer to finding a planet like our own–one which could conceivably harbor life.” But before you think about packing your bags to relocate to Earth’s potential twin, know that Kebler-22b is located 600 light-years away.

The new Kepler discoveries will be published in The Astrophysical Journal.