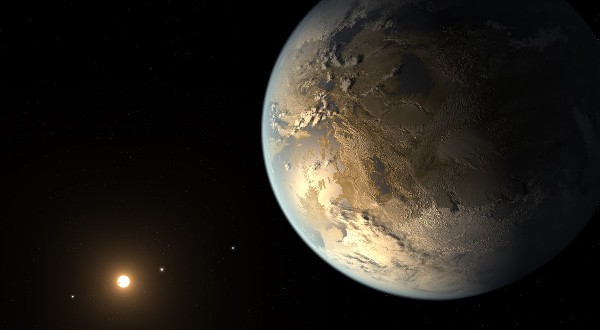 Introducing the most potentially habitable alien world so far

On Thursday, April 17, NASA announced the discovery of Kepler-186f, an exoplanet with the greatest likelihood of containing life.

A team of researchers published findings related to the discovery of Kepler-186f in the journal Science. The team identified the planet using data collected by NASA’s Kepler space telescope. 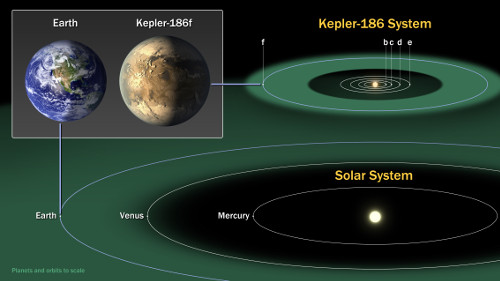 Comparison of the planets of our inner solar system to those in Kepler-186. (Credit: NASA Ames/SETI Institute/JPL-Caltech)

Although some previously discovered planets reside in their stars’ habitable zones, those planets are all at least forty percent larger than Earth. This latest discovery marks the first time scientists have found a rocky, Earth-sized planet that potentially has the necessary conditions for liquid water to exist at the surface. And because water is a necessary ingredient for life as we know it, astrobiologists are excited by the potential for life on Kepler-186f. With a size similar to Earth, this exoplanet, which is located approximately five hundred light years away, could have a rocky surface like Earth and maybe even a similar atmosphere.

Thomas Barclay, an astrophysicist who analyzes exoplanet-hunting data for the NASA Ames Research Center, is a co-author of the research paper published in Science. He explains:

Being in the habitable zone does not mean we know this planet is habitable. The temperature on the planet is strongly dependent on what kind of atmosphere the planet has . . . Kepler-186f can be thought of as an Earth-cousin rather than an Earth-twin. It has many properties that resemble Earth.

Four other planets reside in the Kepler-186 system. These planets orbit a red dwarf star half the size and mass of our Sun. Red dwarf stars account for approximately seventy percent of the stars in the Milky Way galaxy. 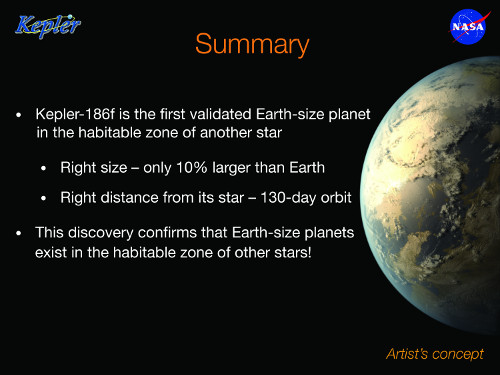 As Barclay explains to Popular Science, “The fact that such Earth kin have never appeared in the data before doesn’t mean they’re rare.” He and his colleagues “expect there to be more out there.”