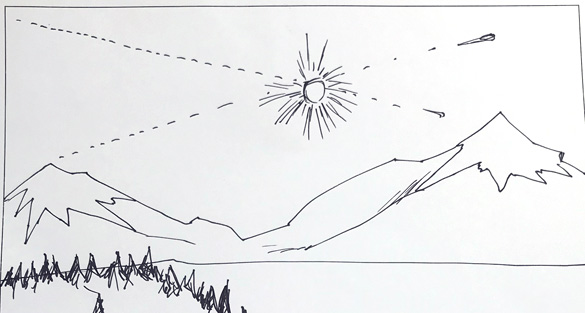 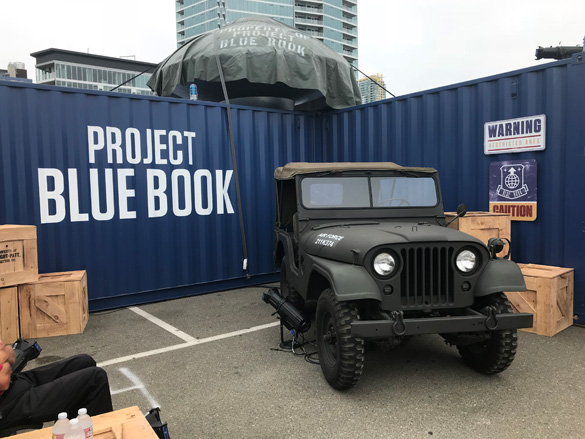 I got a tour of Project Blue Book Headquarters for Den of Geek and have an article on the show on the Den of Geek website. However, I did tell Blue Book HQ about one of my UFO sightings, and it seems many of the people coming to check out the exhibit also had their own.

I have embedded the live stream from Facebook of my visit, and it includes the description of my sighting, but I recalled the event from my memory. Now that I am home in my HQ, I can look up details. I wrote an extensive report on the sighting for the Mutual UFO Network (MUFON), some of which can be read here in their case reports.

The sighting I described was my first. I have had a couple since, but less exciting than this one. This sighting took place at the UFO Watchtower in the San Luis Valley in Colorado. It took place on June 7, 2003. I would visit the valley quite a bit when I lived in Colorado. It is beautiful and is known as a place where strange things occur. That is why it has a UFO Watchtower. 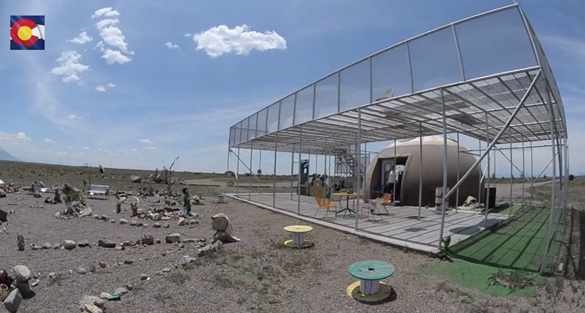 UFO Watchtower outside of Hooper, Colorado in the San Luis Valley. This pictures is facing northwest. My UFO sighting took place as we stood outside the door in this picture. The door faces east.

The UFO Watchtower has an annual UFO event. I emceed and spoke there a couple of times. It also has a store. My sighting took place the first time I visited. The owner, Judy Messoline, and I hit it off quickly, and we talked for hours that night.

Here is an excerpt from my MUFON report:

It was about 9 PM, at the end of a lovely sunset. Nothing happened immediately, and we ended up in the store. I knew we should be watching [the skies], but most of us were really into our discussions. Luckily some children and my sister were watching the skies outside. The children belonged to a Spanish speaking Mexican family. My sister’s boyfriend speaks Spanish, so we were able to communicate. BTW, they, living in the valley, had their own host of stories. My family camped a lot when I was young, and my sister and I loved staying up and spotting satellites, so I knew she was a pro. Not too long after, between 925 and 930 PM, my sister called us, saying she saw a satellite. When I saw it, my first comment was that was way too bright to be a satellite. It was directly out of the watchtower’s back door, which faced east over the rock garden. The object was at 10 o’clock, about 30-35 degrees off the horizon, above a mountain range. I am a bit color blind, so I am not sure of the exact color, but the color did seem to change. Others reported it being yellow and turning blue when it dimmed. It was over the Mountains, but seemed nearer, heading south, moving faster than a satellite, but not as fast as a shooting star. I would describe a satellite as typically dimmer than the brighter stars and move at a steady pace. Usually, spotted right above in the darkest part of the sky, and moving across the sky, and not along the horizon.

The report is cut off due to size, but what I remember is the object moved to the south, then began to dim, but not steadily. To me, it seemed to make a jerky motion as it dimmed, or perhaps blinked in and out as it dimmed. Then it disappeared.

At that point, we were super excited and were talking about what we saw. One person said she had trained her binoculars on the object and could see it change direction towards the ground once we lost sight of it.

The sighing itself was strange enough, but then it got a bit stranger. After a few minutes of excitedly talking about the event, it was pitch dark out. The night skies out there are amazing. I kept my eyes on the skies, and I noticed a satellite in the northwest moving to the southeast, towards us. I then saw another one to the southwest moving northeast, also towards us. They were about the same distance away, both moving towards us.

I call them satellites because they were single points of lights moving steadily, just as satellites do. However, mysteriously, they crossed right above the area we saw the object. Now the object we saw appeared over the mountains, and if these were satellites they were much higher, so they might not have crossed in that location, but that is how it looked from our vantage point. I mean, how weird is that? Just after our sighting, these “satellites” pass over the same area coming from opposite directions? Really friggin odd. This is the strangest sighting I have had, and it took place during my first visit to the UFO Watchtower. 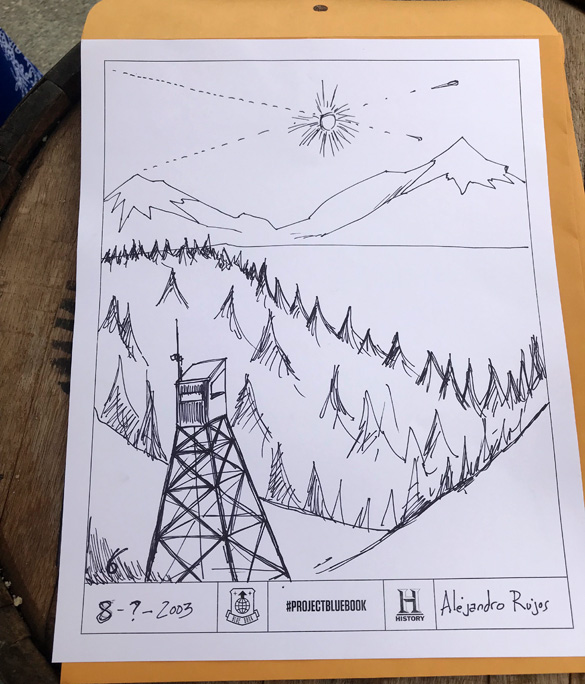 It goes without saying, I am super excited to have this drawing of my sighting. Blue Book HQ did a great job. As I said, I will be writing more about the TV show for Den of Geek, but even without the cool drawing, I would say the show looks like it is going to be great!

Thanks for the drawing History Channel!