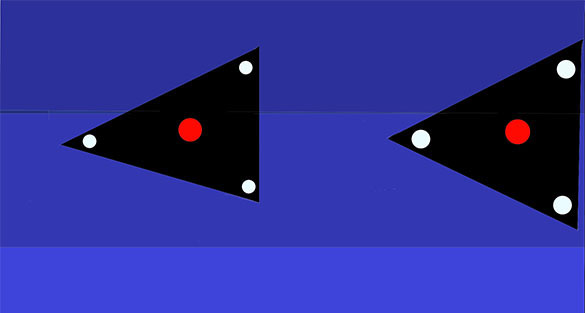 The sighting began about 8:20 p.m. on November 4, 2016, when the witness took his two children out for a walk in search of Pokémon hotspots.

“It was a crisp fall night, and for a night sky, the sky was bright and full of stars with no clouds or precipitation,” the witness stated. “At approximately 8:20 p.m. we turned and began walking up a street with a slight incline, and my youngest child stopped to catch a Pokémon and had lagged behind. I noticed he was no longer with us and I turned around to call to him to catch up, and right behind him were two huge, black, triangular craft, larger than the houses they were above, flying slowly and approximately 20 feet above the one story houses across the street, and approximately 20 feet away.”

“The second craft was flying at the same height as the first craft, immediately behind it. The two craft were black with three unwavering bright white lights at the three corners of the triangles, with a solid bright primary, red light in the center of the craft. The craft were completely silent; they were almost on top of us and we never would have known they were there if I did not happen to look behind us. The two craft came from a western direction and were heading east.” 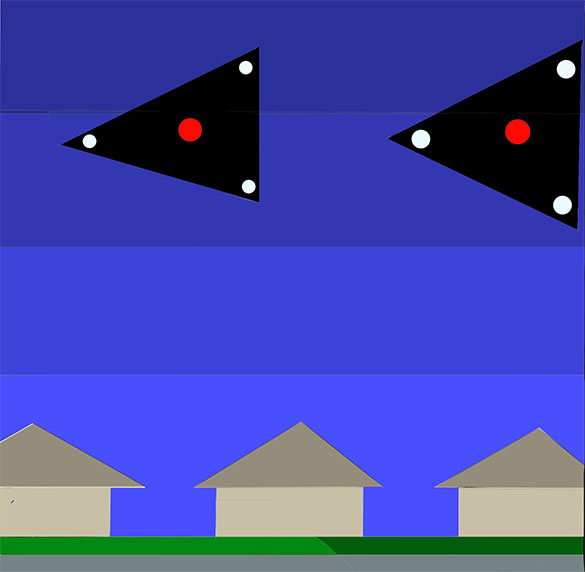 The objects then changed direction.

“We observed the craft silently shift direction southeast before disappearing behind trees and we lost visual contact with the craft. We continued walking up the road away from the craft headed north, heading home, for approximately 10 seconds, when I looked behind again to where we had sighted the craft. Two more triangular craft were flying in the exact same direction in the exact location where the first two craft were sighted, and they turned and headed southeast in exactly the same spot that the other two craft had turned. It was as if we witnessed deja vu; as if we viewed the event again, but this time at a slightly different angle, as we were slightly farther away from the craft the second time around.” 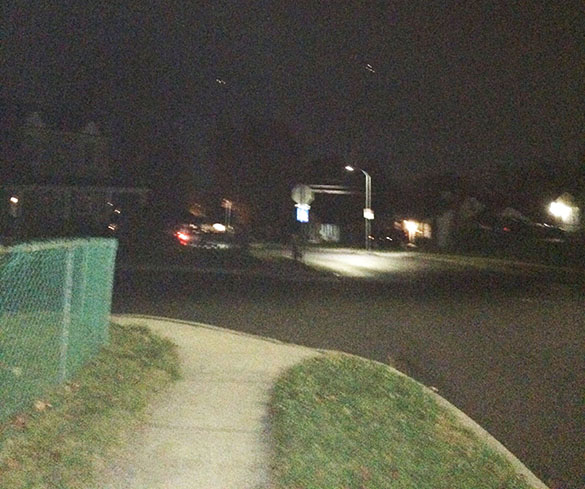 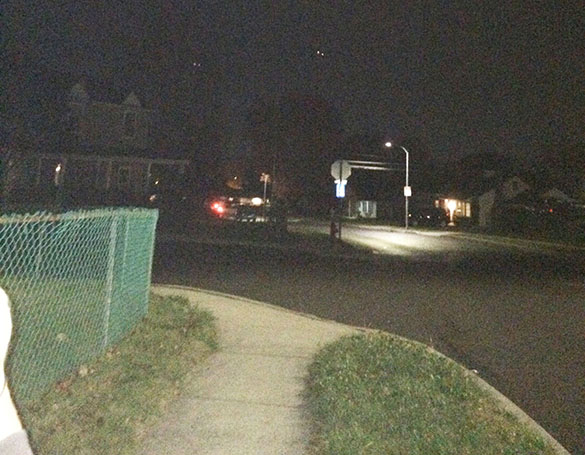 The witness then returned to the original location.

“We walked back down to the location where we spotted and observed the first craft, this time from a farther distance away, as the craft were heading away from us. And at this point my eldest son managed to snap two photographs of these second two craft with his phone.”

The witness then observed a large group of star-like objects. 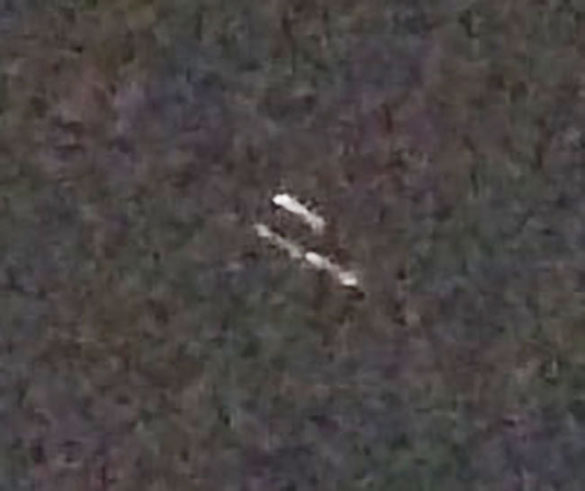 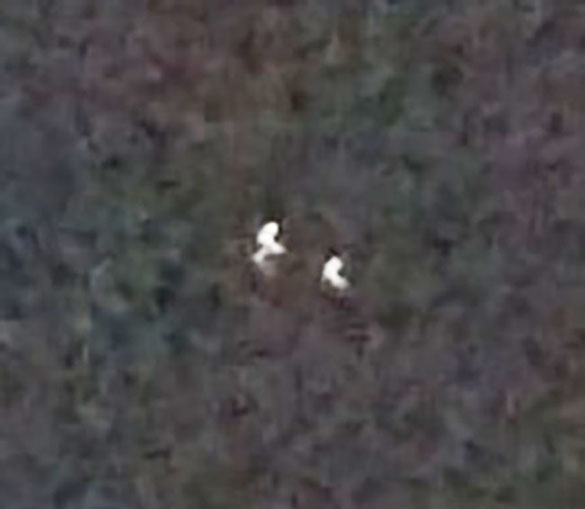 “We turned east and onto my road, when we looked up into the sky and witnessed a patch of sky with between 20 and 30 balls of light, exact number unable to be determined, that looked like stars, except that they were moving. Some of the lights were moving very slowly, almost imperceptibly, but other craft were moving so quick that they would leave a light trail behind them, as they shifted position. The lights were different colors, from red to bluish-white to orange to bright white. We walked towards this activity in the sky, however, these lights were high up – like stars – and to the east of our location. Our vision would occasionally be obstructed as we walked on our street due to street lamps, but the activity continued unabated as we reached our house. We ran inside and I asked my wife to come out and check out what was happening in the sky. Approximately three minutes later, just after 8:30 p.m., we walked back outside and there was nothing in the sky where we had just observed the lights; not even observable stars.”

Fairless Hills is in Bucks County, Pennsylvania, population 8,466. Pennsylvania MUFON State Section Director Donna Luther is investigating. Please remember that most UFO sightings can be explained as something natural or man-made. The above quotes were edited for clarity. Please report UFO activity to MUFON.com.