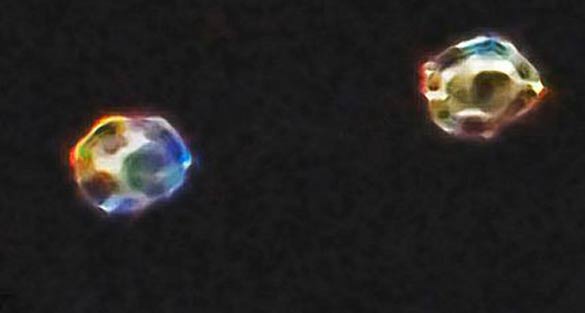 Dozens of people witnessed a fleet of multi-colored UFOs in Austria this week, and one couple snapped a picture before the fast moving objects disappeared.

According to the Austrian Times, the UFOs were spotted over the Aichfeld basin near the town of Knittelfeld in the southern Austrian state of Styria. Witnesses reported there to be 50 to 100 objects flying in formation at a very high rate of speed.

The town of Knittelfeld in the southern Austrian state of Styria. (Credit: David Bauer/Wikimedia Commons)

Among the witnesses were Juergan Trieb and his girlfriend Waltraud Kaliba, who were able to take a picture before the objects sped off.

Kaliba told the Austrian Times, “At first we thought it might be some kind of natural phenomenon, but when we realize they were flying in formation and travelling around 400 mph it was clear that it could not be dismissed as something natural. The strange thing was that despite the bright lights there was no noise at all from the objects.” 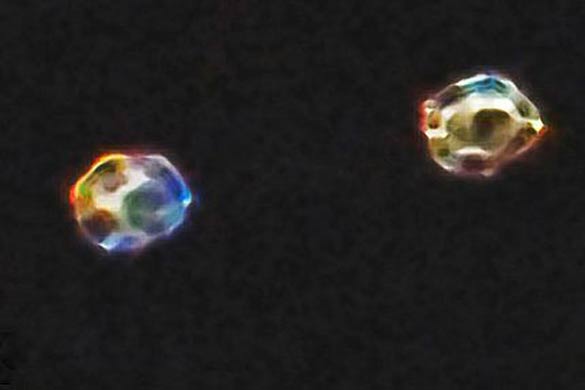 Local media contacted Austrian air traffic controllers who said they were aware of the reports, but declined to comment on what they thought the witnesses might have seen. However, they did say they currently have no reason to believe the sightings were a hoax.

The Austrian Times notes the Aichfeld basin is a hot spot for UFO activity and “mysterious atmospheric phenomena,” but neither scientists nor UFO researchers know why.