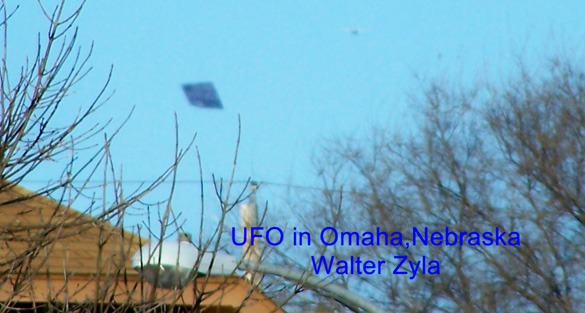 MUFON has updated their photo of the week section on their website with a photo taken in Omaha, Nebraska in 2010. The field investigator says he was unable to identify the object in the photo and closed the case as an unknown.

The report was submitted on December 6, 2010. The witness says the pictures were taken on November 26, 2010. The report states that the witness’ girlfriend spotted the UFO first. She called for her boyfriend to come outside and he snapped a couple of pictures.

The witness thought it was a stealth bomber at first. He says he doesn’t believe in UFOs or extraterrestrials. However, when his friend saw the pictures, he convinced the witness to submit them to MUFON. 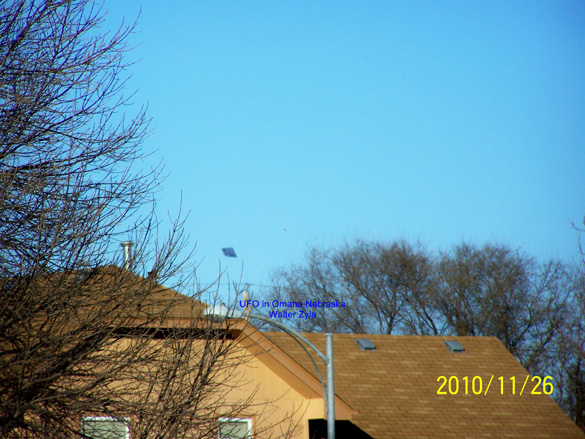 The first image of the triangular object captured by the witness. (Credit: MUFON/Walter Zyla) 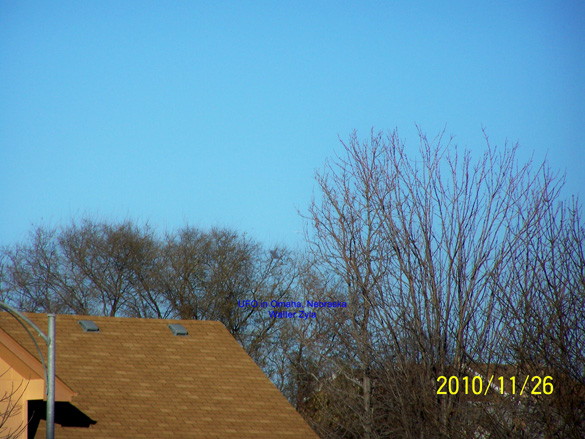 The second photo captured by the witness. The object can be seen behind the trees. (Credit: MUFON/Walter Zyla) 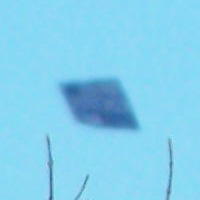 Girlfriend said “get your camera and check this out!”

………..so i got my camera,went out on the front deck of our apartment.snapped one picture di not think i got the shot,took another.I said”it’s a stealth bomber”.it was a sunny day and no wind

i am not a believer in ufo’s,and, or extraterrestial beings.but the bible does not state god only made earth and mankind……….does it?

these pictures sat in my camera until today.my friend and i were driving back from pacific junction,and he asked”did you hear about the ufo siting in benson.i said “speaking of ufo’s,check out these pictures i got.

he then said “we have to get to a computer and get these downloaded”.

so we did and called mufon in nebraska.

you will also notice what seems to be a plane of sorts in both pictures…just ahead of this object….just noticed that today also.

thank you for your time on this matter. 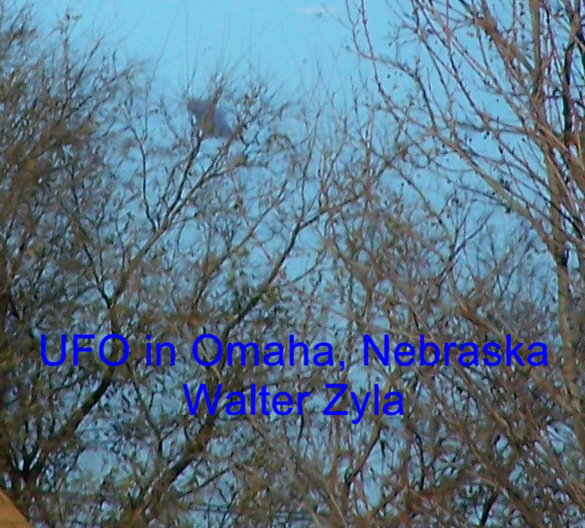 Close-up of the second image with the object behind the trees. (Credit: MUFON/Walter Zyla)

The link the witness is referring to was removed, but it appears the witness thought it was funny. When I first read this, I thought the sighting must be a joke. However, the MUFON investigator takes the case very seriously. He wrote:

From the verbal and photographic evidence secured from the witness the object does not resemble any aircraft that are known to be in the United States Air Force inventory, at least known to the general public. This case will be closed as – Unknown UAV (Unidentified Aerial Vehicle). 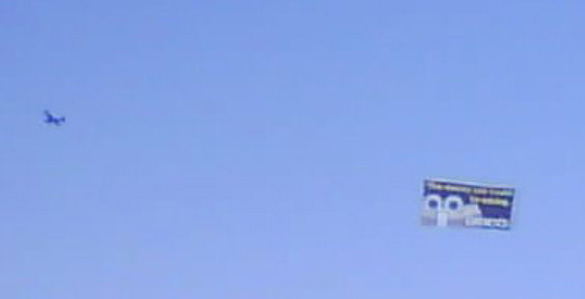 The witness noted the object that appears to be a plane, and it looks like the “UFO” is a large banner behind an airplane. I see these often over Phoenix. The signs are enormous compared to the planes that pull them. What do you all think? Is this a stealth bomber, UFO, kite, airplane banner or something else?