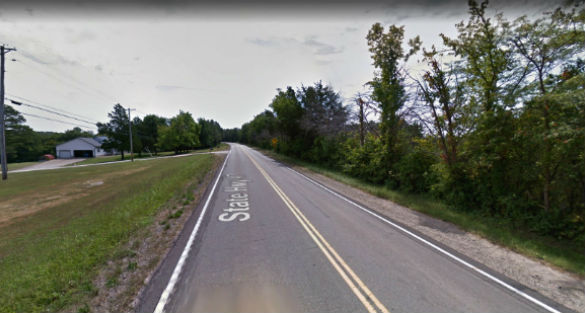 A Missouri witness at St. Francois County reported an encounter with a triangle-shaped object hovering low over a rural roadway, according to testimony in Case 83973 from the Mutual UFO Network (MUFON) witness reporting database. 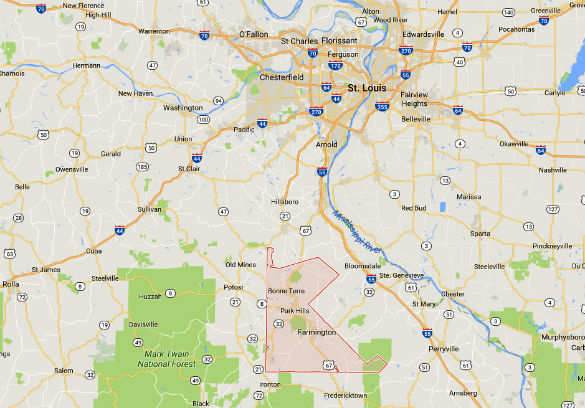 The witness was southbound along Highway 67between Farmington and Cherokee Pass at 7 p.m. on March 3, 2017, when the incident began.

“I was basically in the middle of nowhere,” the witness stated.“There were no other cars around or any houses or lights that I could see – everything was basically pitch black.”

But something odd stood out in the distance.

“I saw three lights in a triangle shape hovering in the dark somewhat low over the road – lower than what you would expect an aircraft or something of that nature to hover. It was dark, so I couldn’t see any point of reference, but I imagine it was maybe at the height of a tall tree line or just above that. They were white, round-shaped lights that reminded me of parking lot lamps.” 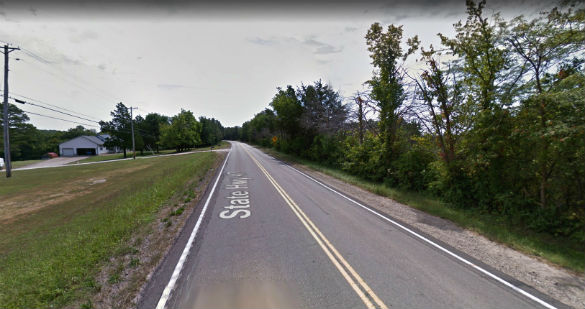 The witness tried to see what the object looked like.

The witness tried to imagine the object was a helicopter, but getting closer proved that theory wrong.

“It just didn’t look like that. It didn’t have blinking lights like planes normally do and it didn’t appear to be moving at all and it made no noise that I could hear.”

But getting closer, the witness could see that the lights did, in fact, look like they were attached to something.

“I got nervous, because I was about to pass underneath it, and couldn’t tell what it was, so I called a friend and told them what I was seeing, but they had no idea what it was either. I ended up just driving underneath/past it and that was it. I saw it in my review mirror for a bit too. In total, I probably saw it for a couple minutes. It was too dark to see trees or power lines or to tell what else the lights could be attached to.” 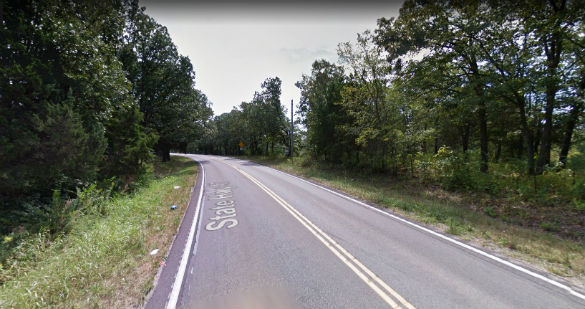 The witness had to pass directly under the object – which was hovering at the height of a tree line. Pictured: St. Francois County, MO. (Credit: Google)

St. Francois County is a county located in the Lead Belt region of Missouri, population 65,359. Missouri MUFON Field Investigator Lynne E. Mann investigated this case and closed it as an Unknown.