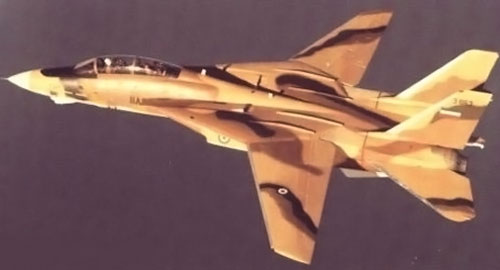 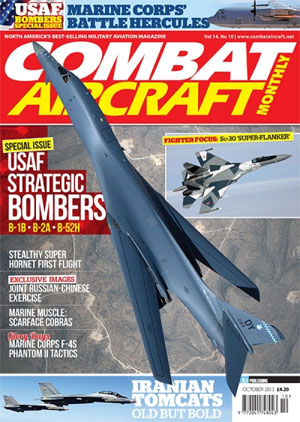 An article in the October 2013 issue of the military aviation magazine Combat Aircraft Monthly details the history of the Tomcat aircraft in the IRIAF. Near the end of the article, a section titled “UFO hunters” describes that F-14s have been used by the air force during the last twenty years to “intercept foreign and unknown aircraft.”

The article explains that, when Iran’s nuclear program was revealed, the U.S. used unmanned aerial vehicles (UAVs) to gather reconnaissance from nuclear facilities in the fall of 2004. IRIAF reportedly had four F-4 and four F-14 interceptors standing by, twenty-four hours a day, because of this UAV presence. Other F-4s and F-14s were kept on alert, and some were even flown every night to monitor the area’s airspace. But some of the unidentified craft they encountered were anything but ordinary.

UFOs were spotted multiple times by both ground radar and airborne radar. According to Combat Aircraft Monthly, Iranian sources described that the UFOs “displayed astonishing flight characteristics, including an ability to fly outside the atmosphere, attain a maximum cruise speed of Mach 10, and a minimum speed of zero, with the ability to hover over the target.” These craft also reportedly emitted high levels of magnetic energy that disrupted navigation systems and jammed radars.

The article details one of these encounters where equipment was affected by a UFO:

In one case over Arak in November 2004, the crew of an F-14A armed with two AIM-9Js and two AIM-7E-4s spotted a luminous object flying near the heavy water plant of the Arak site. When the beam of the jet’s AN/AWG-9 radar “painted” the object, both the RIO and pilot saw that the radar scope was disrupted, probably due to the high magnetic energy of the object increasing the power of the reflected radar waves. The pilot described the object as being spherical, with something like a green afterburner creating a considerable amount of turbulence behind it. The Tomcat crew achieved a lock-on when it was flying a linear and constant flight path. Once the pilot selected an AIM-7E-4 to launch against it, the object increased its speed and then disappeared like a meteor.

The article also mentions a 2012 incident where an F-14 was scrambled to intercept an incoming UFO, but seconds after taking off, the F-14 exploded. 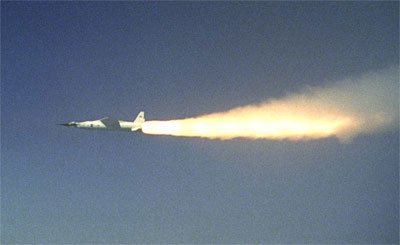 Other attempted engagements by the F-4s and F-14s proved futile, so the IRIAF reportedly ordered an end to flying missions against these “luminous objects.” Both Iran and Russia allegedly investigated these extraordinary UAVs. But following two years of research, the Iranian Army settled with the conclusion that the craft were simply U.S. intelligence drones.

No currently known aircraft has the ability to perform like the UFOs observed in Iran. NASA’s X-43A Scramjet set a new world speed record for a jet-powered aircraft–Mach 9.6, or nearly 7,000 mph–in 2004. But it does not have the capability to hover. It is a natural assumption that the U.S. military has secret aircraft and technology that is yet to be publicly acknowledged. But until such incredible technology is revealed, it is impossible to conclusively write off the UAVs in Iran as U.S. drones.

—
Thanks to Pedro from Miami, FL for sending the Combat Aircraft Monthly article to me.