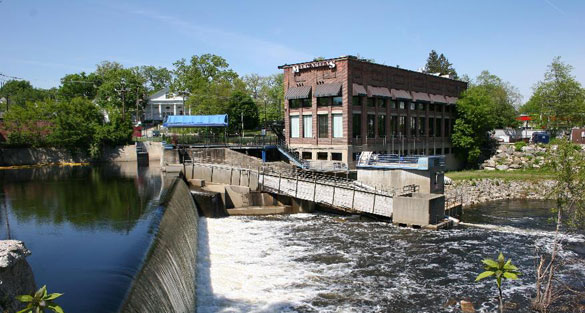 A New Hampshire witness at Nashua reported watching a red-orange orb moving a few hundred feet off of the ground while apparently being pursued by a military helicopter, according to testimony in Case 79839 from the Mutual UFO Network (MUFON) witness reporting database. 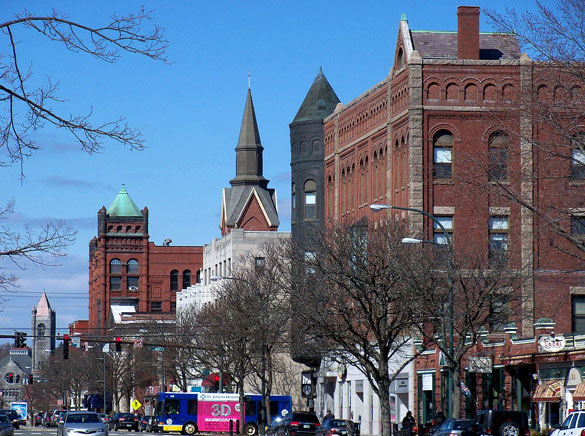 The witness first heard the sound of a low flying helicopter which sent him outside to investigation. Pictured: Nashua, NH. (Credit: Wikimedia Commons)

“I heard an extremely loud, very low-flying helicopter somewhere over the woods behind my apartment in the southern area of Nashua which is not at all a normal occurrence here,” the witness stated.“My wife and two sons were present; we were getting ready to eat dinner. We grew increasingly alarmed as the helicopter’s sound grew louder and louder until we could feel the building vibrating from it.”

The witness and his oldest son, age 14, stepped out onto the balcony to look for the helicopter.

“It sounded like it was practically on top of us, but too low and close to see it over the tree line. It was dark, the full moon was still on the opposite horizon behind our building. My first thought was that it might be the police tracking someone on the ground in the woods, except this helicopter was SO loud – sounded more like a Black Hawk than the standard choppers that police/news uses.”

The two could not see searchlights of any kind over the woods.

“Suddenly we saw a reddish/orange light break over the tree line headed south. Our balcony faces west and this light was running straight and perpendicular across our view. It was a large orb shape, flying very fast in a perfectly straight line – skimming above the trees no more than a few hundred feet off the ground, and a few hundred yards from us. We had a clear view of it for just a couple of seconds before it was lost behind the trees again. It didn’t weave or change course, didn’t wobble, or change colors/size/shape. There were no other lights on it, and it didn’t appear to pulse.” 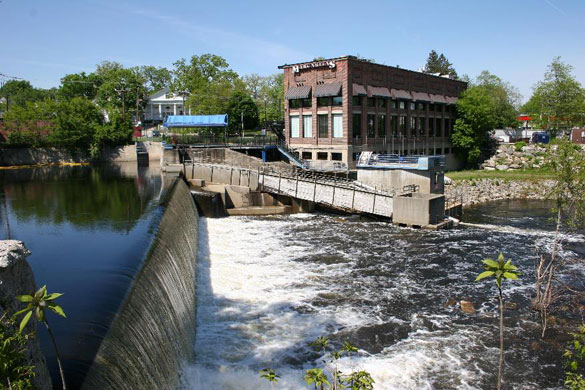 Nashua is about 50 miles northwest of Boston. (Credit: Google)

Following just behind the object was a large helicopter which appeared to be pursuing the object.

“The helicopter appeared military in design and was large and dark colored, either black or gray with only a couple of small red lights on it and no visible markings that I could see. The orb appeared to accelerate slightly while it was in view, but then backed off a bit, as if it was trying to stay just out of reach of the helicopter. We had a clear view of both the object and the chopper together in the sky for a moment, and the orb appeared to be about one-third to one-half as large as the helicopter.”

The incident lasted no more than about 30-45 seconds from first hearing the helicopter to when the object and helicopter disappeared over the trees headed south. 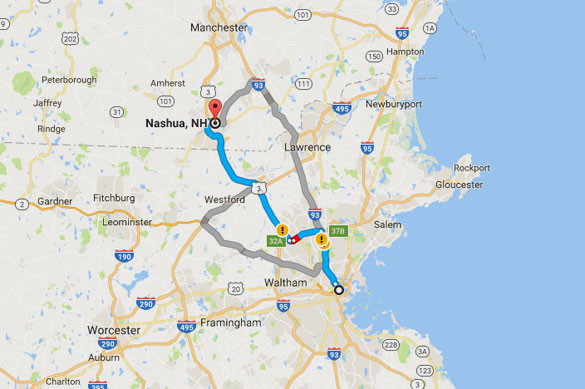 “The object and helicopter were visible for just a couple seconds of that time. It sounds strange, but I felt a palpable sense of intelligence/awareness from the craft in the moment the object was visible that stuck with me long after the sighting. It was like time just stopped for an instant as we watched. My son experienced the same sensation. I almost couldn’t believe what my own eyes were seeing, but it was as if the craft was toying with the helicopter. We were awestruck, and were desperately wishing we’d had a clearer view above the tree line for a better look at it.”

Nashua is a city in Hillsborough County, New Hampshire, population 86,494. MUFON New Hampshire Chief Investigator Valerie Schultz is investigating. Please remember that most UFO sightings can be explained as something natural or man-made. The above quotes were edited for clarity. Please report UFO activity to MUFON.com.