Megan Fox defended her belief in UFOs and other paranormal phenomena in a MTV News interview yesterday. 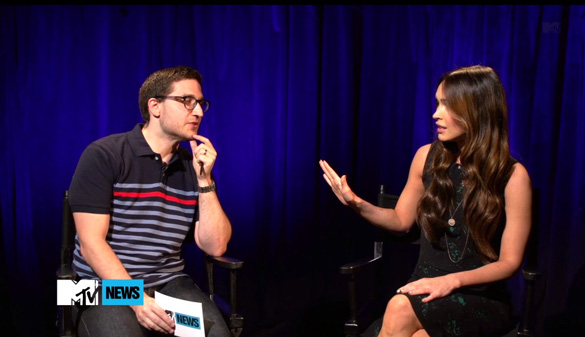 Fox is promoting her new movie Teenage Mutant Ninja Turtles which hits movie theaters today. She plays April O’Neil, a strong-willed reporter who is friends with the turtles. In the interview, MTV’s Josh Horowitz points out that, like her character in the movie, Fox also believes the paranormal. 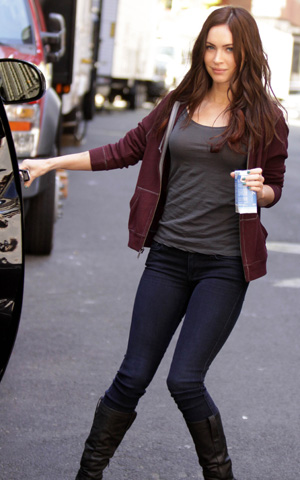 Megan Fox on set in New York during the filming of Teenage Mutant Ninja Turtles.

Fox, knowing where he is headed, gets a kind of “OK. Let’s get this over with.” attitude with Horowitz, who clearly finds her beliefs amusing.

They begin talking about bigfoot, and Fox points out that science is making new discoveries all of the time. She says she doesn’t think it is too strange we have not found them yet, “because it is intelligent enough not to be found.”

She asks rhetorically, “How can you not believe?”

Defending her belief in UFOs, she asks, “If they are a more advanced species, why would we be able to find them if they don’t want to be found?”

Horowitz argued, “It just seems like a convenient excuse is all I am saying.”

To which Fox responded, “But until we find things, they had been previous unfound, yet they still exist.”

Horowitz continued to ask her about the paranormal, and she said she did believe in all of it. She even went on to describe a ghostly encounter she had in Mexico.

Fox seemed to be a bit annoyed by Horowitz who kept laughing about her beliefs, demonstrating that even A-list actresses need to endure being made fun of in public when they share their paranormal perspectives.