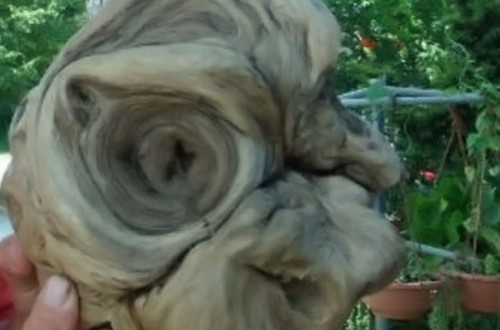 An “alien head” was unearthed from a Croatian graveyard. 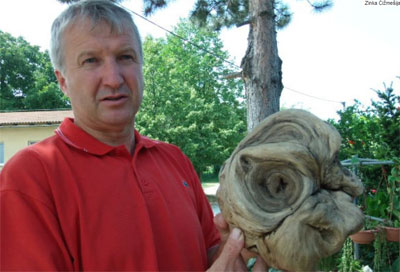 Workers made the odd discovery while excavating to extend a graveyard in the Donja Dubrava district of Zagreb, Croatia. The head-like object was found approximately one meter below the surface and is described as having a beak-like mouth. The workers were startled by the discovery that left them scratching their heads. If the object’s bizarre appearance weren’t strange enough, rather than smelling like a rotting corpse, witnesses report the object smelling like aftershave or perfume.

Workers found another object nearby that they claim resembles a heart.

According to 24 Sata, based on these discovered objects, former mayor Marijan Varga believes additional excavation should be done. Current mayor Ivan Štefić describes the “head” as feeling like rubber. Although some suggest the unearthed objects are simply tree roots, the mayor wants scientists to examine the mysterious objects to determine if they are something more alien. He states, “I know it sounds crazy, but we can’t think of any more rational explanation for what we’ve found.”

The objects are reportedly being kept at town hall until scientists collect them for testing.