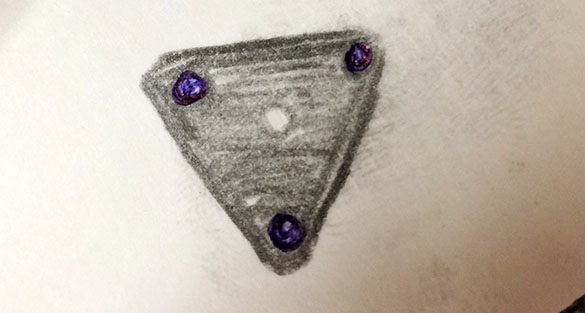 A Maine witness at Orrington reported a late-night encounter with a low flying, silent, triangle-shaped object along a rural roadway, according to testimony in Case 82505 from the Mutual UFO Network (MUFON) witness reporting database. 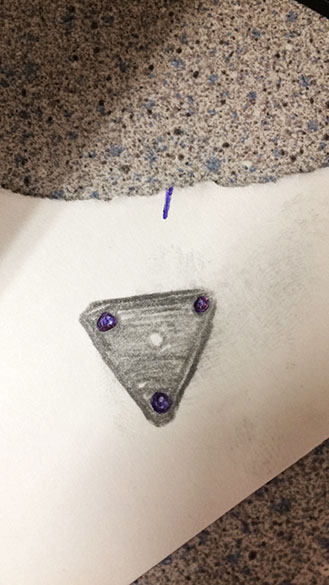 “It also happened to be my friend’s birthday, so I can remember quite vividly what happened,” the witness stated.“I got out of work around eight o’clock and I went home to let my dog out and I went out to the lake to go see him and hang out with friends. I got to his house around 9 and we hung out for 45 minutes or so when we decided to go to Walmart with his brother and another friend because I just bought a new car and he wanted to get a video game.”

So the group all piled into the car and drove to Walmart.

“We left the Brewer Walmart around 10:50 right before they closed at 11 and we headed back towards Orrington. We were heading up the Brewer Lake Road and went around an ‘S’ turn and we had noticed these red lights down the road above the dam on the lake. We aren’t far away from Bangor International Airport so it didn’t seem like there was anything unusual about something like that; it looked like it was just beyond the dam and it was flying parallel to the road, so it looked like it could have been a plane coming in.” 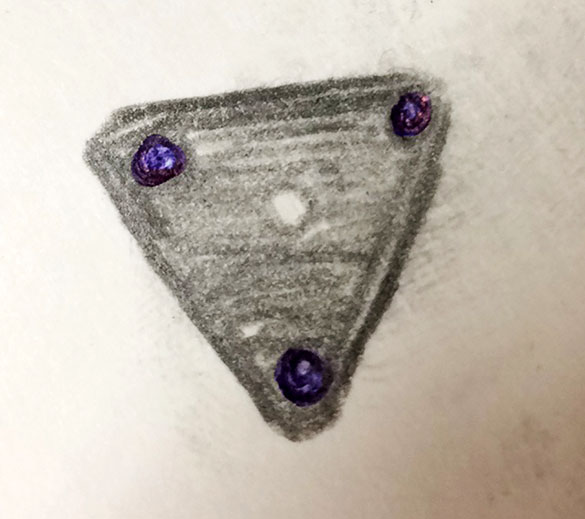 But there was something unusual about the lights.

“When we saw it, I started talking about, I swear,how I saw a UFO the previous January. As we drove down the road closer to the object, (and I’m still talking about the UFO) it was like it heard me talking about UFOs because this triangular silhouette went from being far off the road and fairly high in the air (500 – 700 feet) to swooping in very close probably 400 feet off the road and 200 feet high.”

The witness described how the object moved.

“The way the object moved down closer was very odd and I was euphoric, but terrified at the same time. It was flat with the horizon when the object dipped up one side at 20 to 30 degrees and swooped in closer.The best way to describe it is the way a feather or a leaf falls to the ground and swoops side-to-side. After it swooped down close to the car everyone started to have this moment of awe, yet panicky.”

The witness slowed down the car and pulled off to the side of the road.

“It was just us four at the time because it was 11 at night. I turned the radio off and I rolled all the windows down and it was dead silent. That too-quiet type of quiets – and we were all looking at the black equilateral triangle that had glowing bright red lights on each end. The object also had a center light that glowed white and the object was dark against the clear night sky and it had to have been 40 to 60 feet across.”

As the group looked at the object, one of the friends in the back seat pulled out her phone and tried to film it on her iPhone.

“But we looked at the video after and we couldn’t see anything but darkness. While she was filming, I kept almost driving my new car off the road into a ditch because this object seemed to be hovering closer to us.” 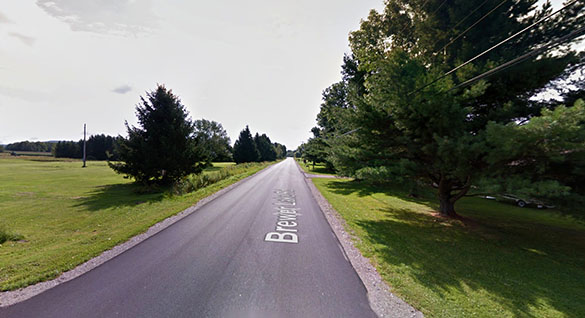 The witness was afraid as the object moved closer to the vehicle and was not sure what to do. Then a second object was seen.

“I kept driving slowly down the road going back to my friend’s house and we turned the corner away from the UFO, and this bigger, triangular thing was across the lake above the Holden/Bucksport side of the lake heading towards the direction of the black triangle UFO. This could have been an airplane, but it was still dead silent. I was still driving slowly down the road when I stopped and started talking to everyone in the car and we decided to turn around and go back and investigate.”

The group returned to the area where they first saw the object.

“When we went back to the area where I pulled off the road, of course, the object was gone along with whatever the larger object was. For weeks after I kept dreaming about that 4 or 5 minutes of my life and it was odd it happened on Friday the 13th. The photo is just a quick sketch I did at work with the blue representing the red lights.”

Orrington is a town on the Penobscot River estuary in Penobscot County, Maine, population 3,733. Maine MUFON Assistant State Director Valerie Shultz is investigating. Please remember that most UFO sightings can be explained as something natural or man-made. The above quotes were edited for clarity. Please report UFO activity to MUFON.com.