A Maine witness in Cumberland County reported watching and videotaping an unknown object that appeared to hover and then spin before disappearing, according to testimony in Case 77585 from the Mutual UFO Network (MUFON) witness reporting database. 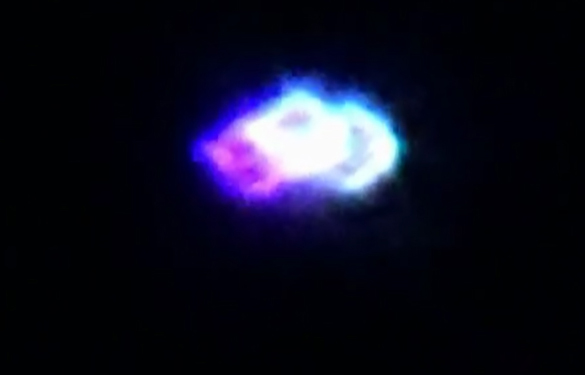 The witness was at home at 9:23 p.m. on July 4, 2016, when the object was first seen and identifying it quickly resolved into wondering if it was a UFO or a drone.

“We all saw the object high in the sky and we filmed the object using a 60x HD camcorder,” the witness stated. “My wife looked out the window and saw an object with bright light high in the sky. We thought the object could be a sophisticated, large drone, possibly military.”

But reviewing the video frame-by-frame the object appears to spin and then disappear. 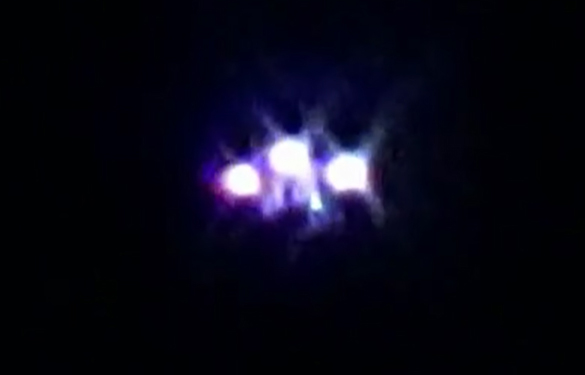 “The object hovered stationary for several minutes. Using my HD video camera zoomed in at 60x I could see an A-frame shape for each structure; a red and green light in the middle, and three bright, white lights on top. It began spinning and then disappeared as shown frame-by-frame on the video.”

The object then returned a few minutes later in the same location, but facing a different direction.

“It hovered stationary again and then disappeared. The video zoom did not resolve well, but the object appeared to change color all at once to red before it disappeared. We were excited to see the object even if it turns out to be just a drone. My wife posted the video clip to her Facebook account and friends were shocked. Some said it was just a drone, but others did not. We lost sight of the object because it disappeared.” 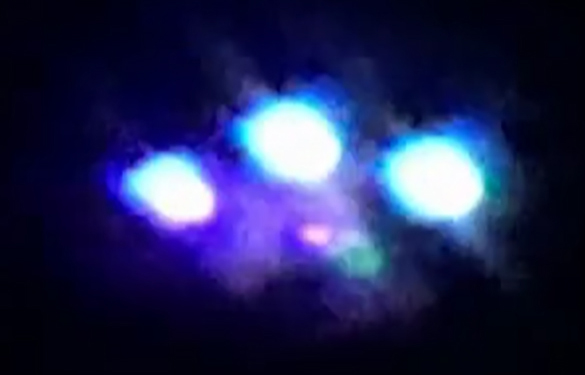 Cumberland County, Maine, has a population of 281,674. Maine MUFON Assistant State Director Valerie Schultz is investigating. Please remember that most UFO sightings can be explained as something natural or man-made. The above quotes were edited for clarity. Please report UFO activity to MUFON.com.