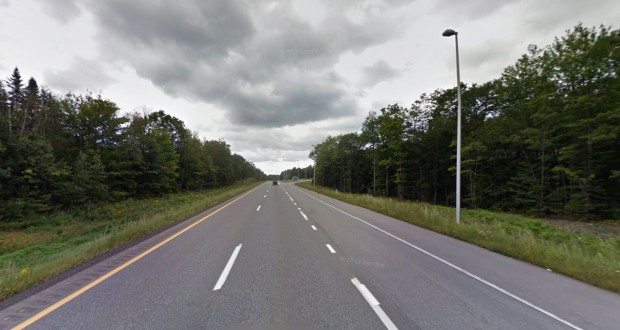 The Maine family had just exited I-95 at exit 109 when they noticed the hovering triangle UFO on September 7, 2014. Pictured: Augusta, Maine. (Credit: Google)

Maine witnesses at Augusta who had just left I-95 north at exit 109 reported watching a hovering triangle UFO under 500 feet that made no sound about 8 p.m. on September 7, 2014, according to testimony in Case 59680 from the Mutual UFO Network (MUFON) witness reporting database.

“We all noticed something hovering in the sky on the opposite side of the highway in front of us,” the reporting witness stated. “It was triangular. It was not moving.”

“At each vertex of the triangle there was a white light. The three lights appeared equidistant from each other. We could see a flat bottom and the light allowed us to see a 90-degree angle where the bottom met the edges that then moved up to give the object height. Most of us couldn’t stop looking at the edges because they were not anything like any aircraft that we are familiar with.”

The witness described the object’s color.

“We could see that the object was a flat metal color. It had no shine to it. Where the light hit the object, it looked like a tin color. There were no color lights at all.”

The entire family was witness to the event.

“My wife was driving, but she could see it out her window, but not for as long as I could see it from the passenger seat. My three children were in the backseat. All three children saw the object. I saw it out the front window first, then through the back window, and then I took off my seatbelt and stuck my head out the roof through the sunroof. When I stuck my head out the roof, I could not hear anything more than the wind caused by driving. No airplane sound at all, at anytime. The object never moved. It just hovered.”

The triangle UFO was described as having a flat metal color with no shine to it – like a tin color. Pictured: Augusta, Maine. (Credit: Google)

The family soon lost sight of the object.

“My wife was afraid to pull over, so we lost sight of it as we drove away. We do not look for UFOs. This object was so out of place that it was difficult for us not to notice it. All of us noticed it at the same time, and we were all in shock as we starred at it for as long as we could. My daughter even became frightened; it was that real to her.”

The witnesses were unable to take photographs.

“I did not try to take a photo because there was not enough time, and I would have lost a lot of the time I had to observe it. All we had was our cell phones, and we didn’t think a cell phone picture would have shown anything more than the lights, so we just watched the object as we drove away from it.” 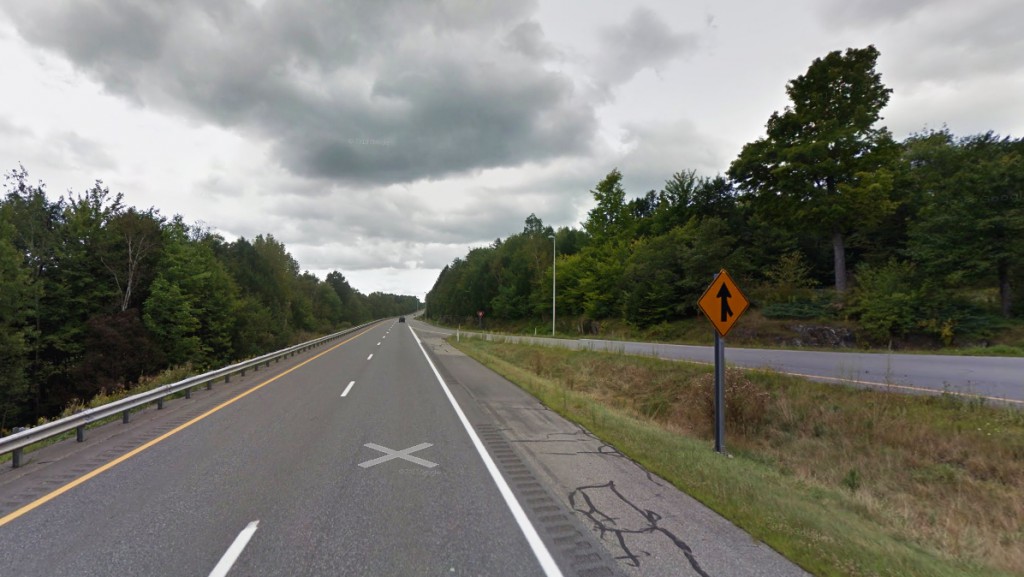 The witnesses were afraid to pull over and quickly lost sight of the object. Pictured: Augusta, Maine. (Credit: Google)

Augusta is the capital of Maine and the county seat of Kennebec County, population 19,136. Maine MUFON is investigating this report which was filed on September 9, 2014.

Maine has a current UFO Alert Rating of 5 with a low number of recent reports nationally. Maine had 3 UFO reports in August 2014 – the 41st highest reporting state – while California had 99 reports as the highest reporting state. The above quotes were edited for clarity. Please report UFO activity to MUFON.com.