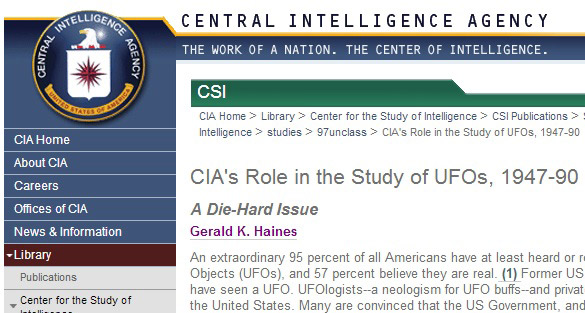 In an online article from The Week magazine, they examine the effect UFO research has had on government transparency. Interest in government sponsored UFO investigations has caused government agencies to make special concessions, and according to the article, some lawsuits initiated by UFO investigators have become landmark cases for governing what the government needs to release and how.

Kel McClanahan, an attorney specializing in national security and privacy law, told The Week, “Every major military agency receives an enormous amount of requests about UFOs.” He says they get a flood of requests every time the news reports a UFO sighting.

In particular they note the work of John Greenewald, the owner of the website TheBlackVault.com, who has amassed over 700,000 pages of government documents through Freedom of Information Act Requests (FOIA).

The Black Vault website houses the hundreds of thousands of files retrieved by John Greenewald via FOIA requests. (Credit: www.TheBlackVault.com)

The Week examines three cases in particular that have had a lasting effect on government transparency. The first is the case of Ground Saucer Watch versus the CIA. The Week refers to this as one case which Ground Saucer Watch lost. However, an article on the CIA’s website on their involvement in UFO research written by Gerald Haines, a historian for the National Reconnaissance Office, shows it was in fact two cases. The first of which was very successful (see clarification by Kel McClanahan in the comments below).

According to Haines, in 1975, William Spalding, the head of Ground Saucer Watch, requested all files related to the Robertson panel. The Robertson panel was a group brought together by the CIA in 1953 to review the Air Force’s UFO investigation. Upon receiving the files, Spaulding replied to the CIA accusing them of a cover-up. The CIA’s Information and Privacy Coordinator, Gene Wilson, replied “At no time prior to the formation of the Robertson Panel and subsequent to the issuance of the panel’s report has CIA engaged in the study of the UFO phenomena.” Haines wrote, “Wilson was ill informed.”

That is because Spaulding sued the CIA, unconvinced by Wilson’s response, and he won. The CIA was forced to conduct an extensive search for UFO files, and sure enough, they found 355 more documents, totalling around 900 pages. Most of these files were subsequently released to the public. 100 pages were withheld, “on national security grounds and to protect sources and methods.”

Ground Saucer Watch filed another lawsuit  (see clarification by Kel McClanahan in the comments below) to get the remaining files, but according to the CIA, this lawsuit was dismissed in 1980. McClanahan told The Week that Ground Saucer Watch versus the CIA has since been cited in many other decisions. It helped set the parameters for what the government is expected to search for. It also prompted the CIA to put their UFO files on their website. 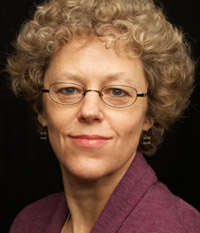 Leslie Kean, author of UFOs on the Record. (Credit: ufosontherecord.com)

The second case is from 2007 when Leslie Kean sued NASA for information on a mysterious object that fell into the forest in Kecksburg, Pennsylvania in the 1960s. In this case the court ruled in Kean’s favor, agreeing that NASA had not adequately searched for the documents. NASA was ordered to conduct a more extensive search. Ultimately, NASA said they lost the files.

The final case The Week refers to is the Citizens Against UFO Secrecy versus the Department of Defense. McClanahan says this case is significant because of why the Citizens Against UFO Secrecy lost. They produced witnesses to testify that the DOD knew more than they were sharing, but the judge determined, “speculation that documents exist is insufficient to create a genuine issue of material fact.” The Week notes, “So even if Benghazi conspiracy theorists produced dozens of eyewitnesses to support a certain allegation, it makes no difference if the government doesn’t have any documentation of it.”

The Week makes the case that whether or not you think there is anything to the UFO debate, UFO research has had an effect on the government’s handling of FOIA. McClanahan asks, “What other advocacy group can say that they’re getting the government to proactively disclose everything there is to know about a subject?”