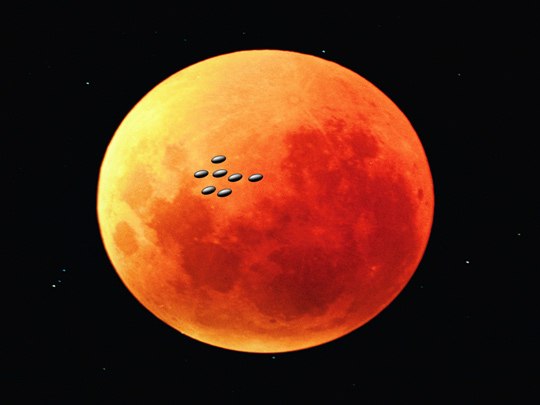 Illustration of "Flying Ovals" seen by Francois Arago in 1820.

September 7, 1820 France, Embrun – During a Lunar Eclipse, Francois Arago (astronomer/ mathematician and director of the Paris observatory) saw a group of “flying ovals” cross the darkened moon’s face. The objects were luminous, and moving at great speed. Francois Arago wrote of this date in the ‘Annales de chimie et de physique’: “Numerous observers have seen, during an eclipse of the moon, strange objects moving in straight lines. They were equally spaced and remained in line when they made turns. Their movements made a military precision.” Source: Otto Binder reports. (Authenticated by Jacques Vallee) 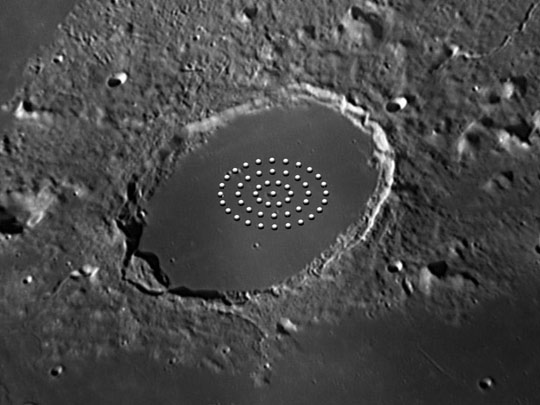 Illustration of bright dots seen on the moon crater Plato in 1877.

In 1877, bright dots/lights were observed converging on the crater Plato. In addition, two steaks of medium intensity light were recorded on June 14, 1940, in the crater Plato, a location where reports of lights have numbered in the thousands. Source: Otto Binder Reports/Jim Marrs Alien Agenda 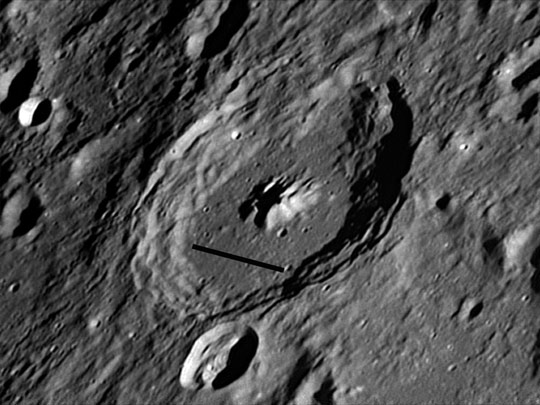 Dr. Frank Halstead, (curator of the Darling Observatory in Duluth, Minnesota) described an object he and his assistant observed through a telescope on July 6, 1954. It looked like a “straight black line” on the floor of the crater Piccolomini, where no such line had been noted before. It has not been seen since. Halstead later stated that “many professional astronomers are convinced that saucers are interplanetary machines.” Source – Timothy Good Alien Base