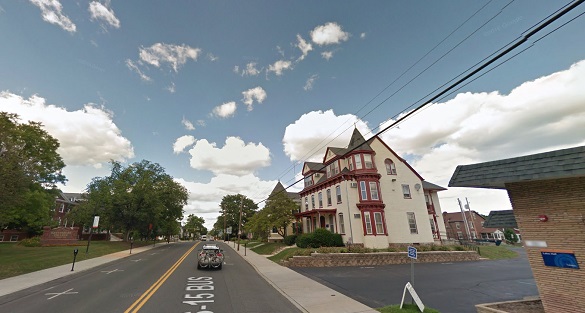 A Pennsylvania witness at Gettysburg reported watching a fast-moving, bright object moving overhead under 1,000 feet that could not be identified, according to testimony in Case 82360 from the Mutual UFO Network (MUFON) witness reporting database. 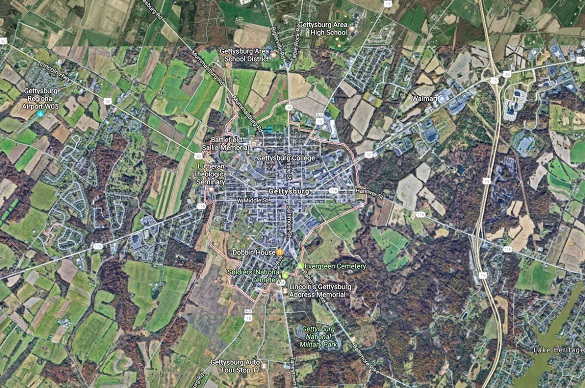 The witness estimates the object was moving over 800 mph and flying under 1,000 feet over Gettysburg, PA. (Credit: Google)

The witness was outside on a front porch at 4 a.m. on February 26, 2017, smoking a cigarette, when the object was first noticed.

“Direction of flight was southwest,” the witness stated. “Speed would guess somewhere in the range of 800 mph and up. Traveling very low, but not so fast you couldn’t keep track of it. Shape was a straight line with a slight curve. Was still dark, so I couldn’t get a good look at it. Brightness was very, very bright, maybe as bright or brighter than one of those million-watt candle power flashlights. Length – if you would have held up a yard stick to it. It probably would have covered it.” 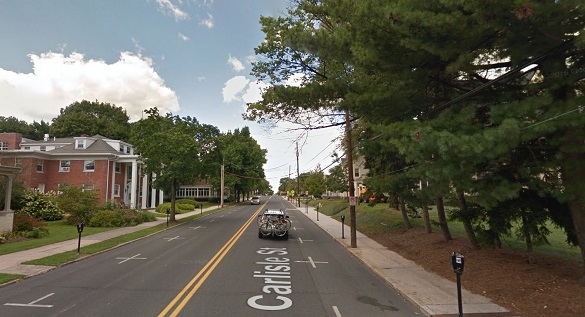 The witness guessed that the object was between 800 to 1,000 feet long.

“Maneuvering: I saw this bright line of lights coming from the southeast heading directly over Gettysburg at least 800 to 1,000 feet up. I thought it was a jet or plane so kept watching it because of how very low it was and had all these lights in a row. It then turned slightly heading my direction, which was northerly, but just a few seconds in its turn, it turned right back toward a southwest direction toward Fairfield with no difficulties whatsoever, for the size of the craft.”

The witness did detect some sound associated with the craft.

“Sound: a very low humming sound. At first I thought it could have been a large jet, but at that close of a distance and height, the engines would have been roaring and most definitely you would have been able to identify it as being a jet. Appearance: all I can say it was a basic line with a slight curve with at least 10 to 12 lights, all bright,bright white. No red, no blue, and none blinking.” 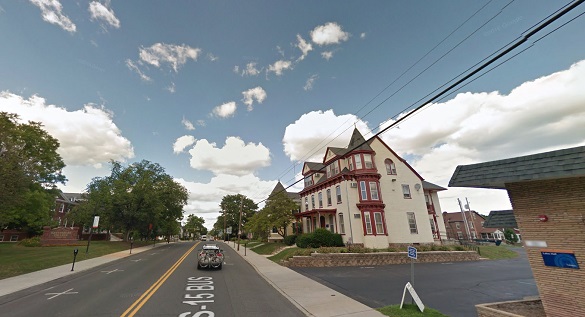 The object omitted a lower humming sound as it moved over. Pictured: Gettysburg, PA. (Credit: Google)

The witness is age 59 and is a retired federal employee and army veteran.

Gettysburg is a borough and the county seat of Adams County, Pennsylvania, population 7,620. Please remember that most UFO sightings can be explained as something natural or man-made. The above quotes were edited for clarity. Please report UFO activity to MUFON.com.