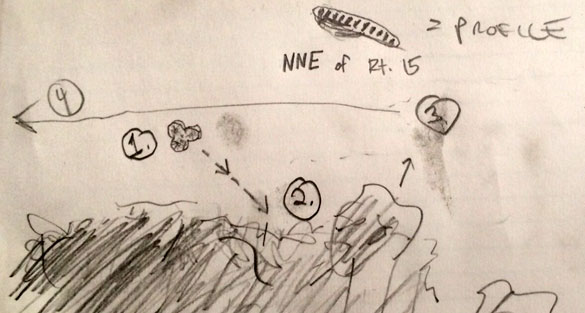 A Maine witness at Orrington driving north along Route 15 reported watching a triangle-shaped UFO “slightly above the tree tops” just after 9 p.m. on June 13, 2015, according to testimony in Case 66464 from the Mutual UFO Network (MUFON) witness reporting database.

The witness had just left Snow’s Corner Gas Station in Orrington when the object was noticed “100 to 200 yards from my turn off to the right, just before the Orrington-Brewer town-line.” 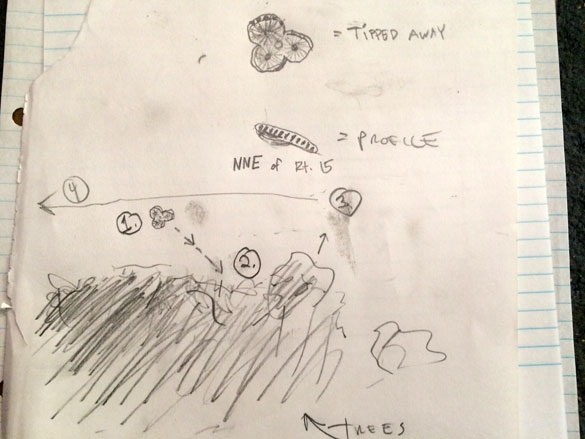 “I saw a bright teal object slightly above the trees to the north-northeast going slightly above the tree tops, then dipping below with some lateral motion back and forth as it did. It was ‘triangular’ but had a round shape with smaller circles underneath. It illuminated a teal color seemingly from within as the surface ‘glowed’ teal, with black features on it.” 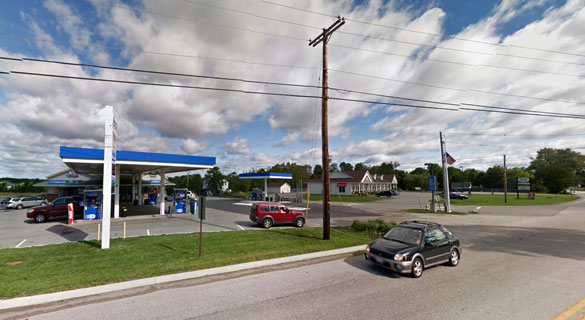 The witness had just left Snow’s Corner Gas Station in Orrington, pictured, when the object was noticed ‘100 to 200 yards from my turn off to the right, just before the Orrington-Brewer town-line.’ (Credit: Google Maps)

The witness described a movement in the object.

“At one point it tipped slightly away and I could see the bottom of the object. Lastly, it went below the trees one last time and I did not see it again. This sighting lasted less than one minute, but more probably less than 30 seconds. I pulled over in my truck and tried to see it from the next road down from mine but could not. I then parked my truck and went inside to grab my 10×50 magnification binoculars and ran back to Route 15 and walked down to the train-tracks that go across Route 15 in Brewer, paralleling the river – but the object was no longer visible.” 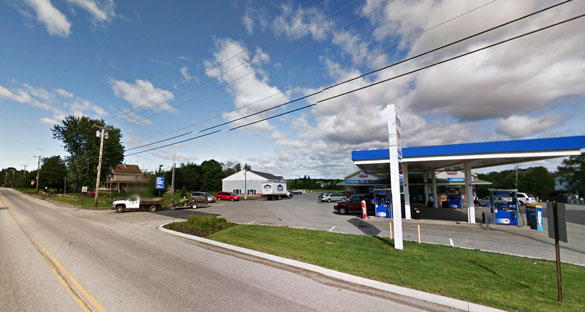 The witness described the object as triangular but with a round shape with smaller circles underneath. Pictured: Snow’s Corner Gas Station in Orrington where the object was first seen. (Credit: Google Maps)

The witness wondered if the object might have been a drone.

“I thought I might find some people outside using a drone of some sort, but there was no one outside that I saw. There was also no differentiation in color scheme of the lights to indicate a bow/stern or port/starboard configuration for night flying.”

Orrington is a town on the Penobscot River estuary in Penobscot County, Maine, population 3,733. Please remember that most UFO sighting can be explained as something natural or man-made. The above quotes were edited for clarity. Please report UFO activity to MUFON.com.