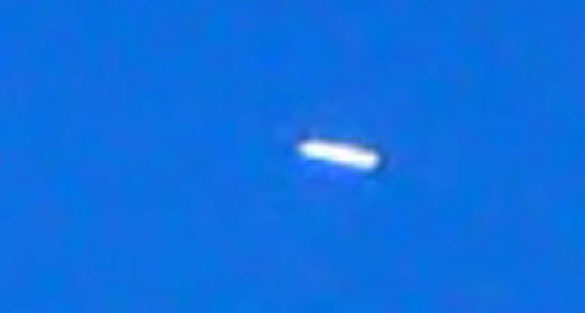 A California witness at Lincoln reported watching a fast moving, cylinder-shaped object that crossed the horizon in about eight seconds, according to testimony in Case 82671 from the Mutual UFO Network (MUFON) witness reporting database.

The witness was sitting at a northbound stop light at 2:45 p.m. on March 16, 2017, and observed the object moving from the northeast to the northwest at a very high rate of speed. 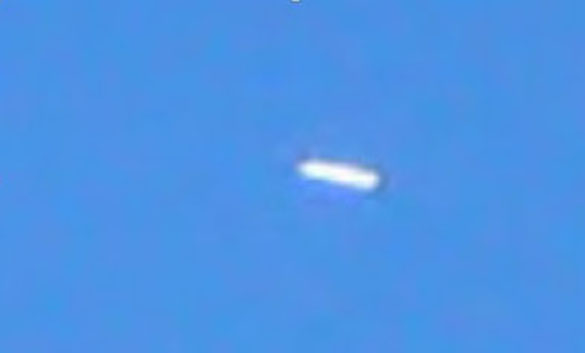 Witness included this image said to look like the object seen over Lincoln. (Credit: MUFON)

“Object seemed to be bus size – maybe 1,000 – 1,200 feet up,” the witness stated.“Object crossed 60 percent of our horizon in approximately eight seconds. My wife and I both observed the object – she thought it might be a drone, but we didn’t see any type of propulsion.” 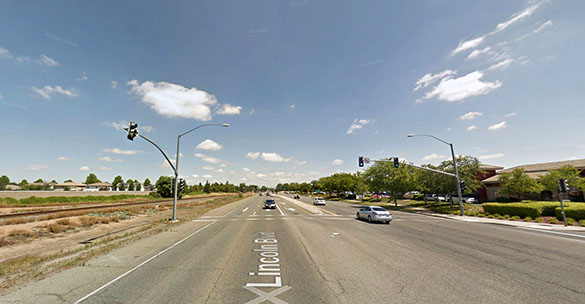 The object crossed the sky at an incredible rate of speed. Pictured: Lincoln, CA. (Credit: Google)

The witness is familiar with aircraft.

“We’ve lived on numerous Air Force bases and are familiar with most aircraft.”

“I spoke to both witnesses,” Goodman stated in her report. “They were at the intersection at 110 Lincoln Blvd, Lincoln, CA,when they both saw the object. He described it as something he’s never seen before.  He was in the Air Force and knows all about aircraft and how fast they move.  This flew through the sky three times faster than any aircraft.  In 5-6 seconds, it covered about 60 percent of the horizon flying from west to the northwest.  It was underneath the cloud cover, so they could see it clearly. He described it like one of those big propane tanks some people have in their backyard flying through the air. There were no emissions and no noise. When it did run through a cloud, none of the cloud moved. He indicated that it was about 30degrees high in the sky and that if you put your hand up, it would have been about as wide as a fingernail. 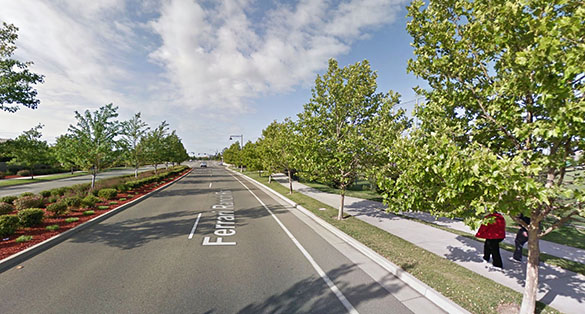 There were no emissions or noise from the object. Pictured: Lincoln, CA. (Credit: Google)

“She described it very similarly – a huge object flying through the sky at a very high rate of speed.  She thought, ‘What the hell is that?’ She thought at first that it was a drone, but because of the speed there was no way it could have been. She said that there were no flashing lights like an aircraft would have. She could see the sun hit it, but couldn’t be certain of any type of pattern.  After it flew through the sky, it suddenly disappeared.

“Due to the nature of the movements, no natural phenomenon or man-made information applies here.From what was described in the case and after discussing with the witnesses, I’m concluding this case as Unknown – UAV.”

Lincoln is a city in Placer County, California, population 45,837. Please remember that most UFO sightings can be explained as something natural or man-made. The above quotes were edited for clarity. Please report UFO activity to MUFON.com.