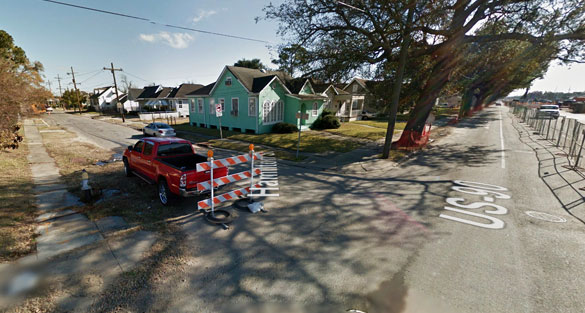 A Louisiana witness at Jefferson recalls events from 1967 when a triangle-shaped UFO hovered over a neighbor’s garage, according to testimony in Case 65920 from the Mutual UFO Network (MUFON) witness reporting database. 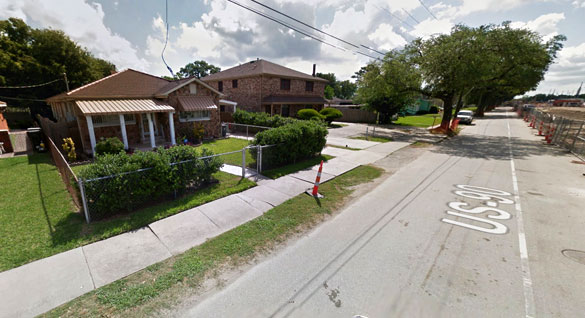 The witness was 8 years old in 1967 when a triangle-shaped UFO was seen hovering over a neighbor’s garage. Pictured: Street scene in Jefferson, LA. (Credit: Google Maps)

The witness was 8 years old on July 1, 1967 and walking to a friend’s house about a half block away.

“In her backyard, her dad kept several hunting beagles and as we talked and walked, we heard the dogs start howling,” the witness stated. “We thought that they had cornered a cat or that someone was bothering them so we hurried to check it out.”

As the two approached the backyard area, the dogs became silent.

“Seconds later, when we arrived, we looked from the sidewalk directly back to the backyard where the dogs were and saw them looking upward, which caused us to look up to see what they were looking at and it was then we saw the object.” 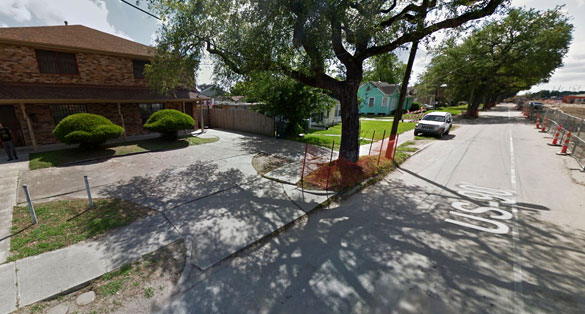 “Hovering silently above a garage in her backyard was a dull, silvery, roughly triangular-shaped object. The triangle was longer on two sides with the corners of the triangle squared off. The ‘point’ where the two longer sides met was oriented toward the ground and there were gold/yellow lights at each of the corners. Close to the downward facing ‘point’ was what appeared to be a protruding area with a red light.”

The witness knew the object was solid.

“Even though the triangle shape was ‘facing’ us, I still could tell the object had substance (wasn’t flat) and that it extended back and was solid metallic. We were transfixed and just watched it hover for several minutes before turning to each other and deciding to go get our brothers from a neighbor’s house.” 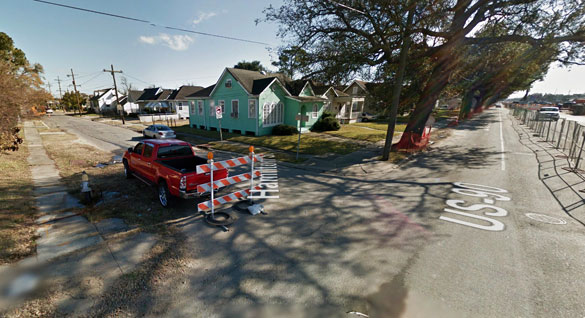 Most UFO sightings from the 60s were disc-shaped objects and this witness stated that the object was triangle-shaped. Pictured: Street scene in Jefferson, LA. (Credit: Google Maps)

When they returned, the object was gone and the brothers assumed they made up the story.

“Years later, long after my friend had moved away, I saw her at a nearby grocery store and she asked me if I remembered the time we saw the UFO. Her memory of what happened was almost exactly as I had remembered it. The most profound part of this encounter to me was that back then, while I had heard of UFOs, I had never seen pictures or heard of any which were not the standard ‘flying saucer’ type. I was astounded many years later when I learned that similarly shaped UFOs are fairly common.”

Jefferson is in Jefferson Parish, Louisiana, on the East Bank of the Mississippi River, population 11,193. Please remember that most UFO sightings can be explained as something natural or man-made. The above quotes were edited for clarity. Please report UFO activity to MUFON.com.