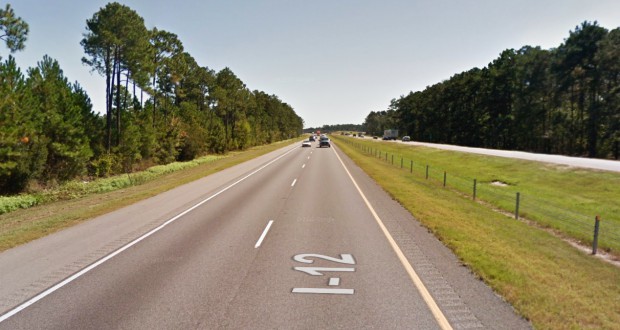 The witness first noticed a chrome object in the sky stationary about 1,000 feet above the next interstate exit along I-12 near Mandeville, LA. Pictured: I-12 in Mandeville, LA. (Credit: Google)

A Louisiana witness at Mandeville reported watching a hovering, sphere-shaped UFO that appeared to lower a 300-foot-long “chrome tether” from its body, according to testimony in Case 62930 from the Mutual UFO Network (MUFON) witness reporting database.

The witness was driving along eastbound I-12 about 4 p.m. with a clear sky on January 24, 2015, when a small airplane was noticed making a sharp turn at a low altitude.

“When I looked for the plane a second time I noticed a chrome object in the sky stationary about 1,000 feet above the next interstate exit,” the witness stated. “As I got closer the object had lowered a chrome tether about 300 feet long.”

The witness then noticed a second, smaller object. 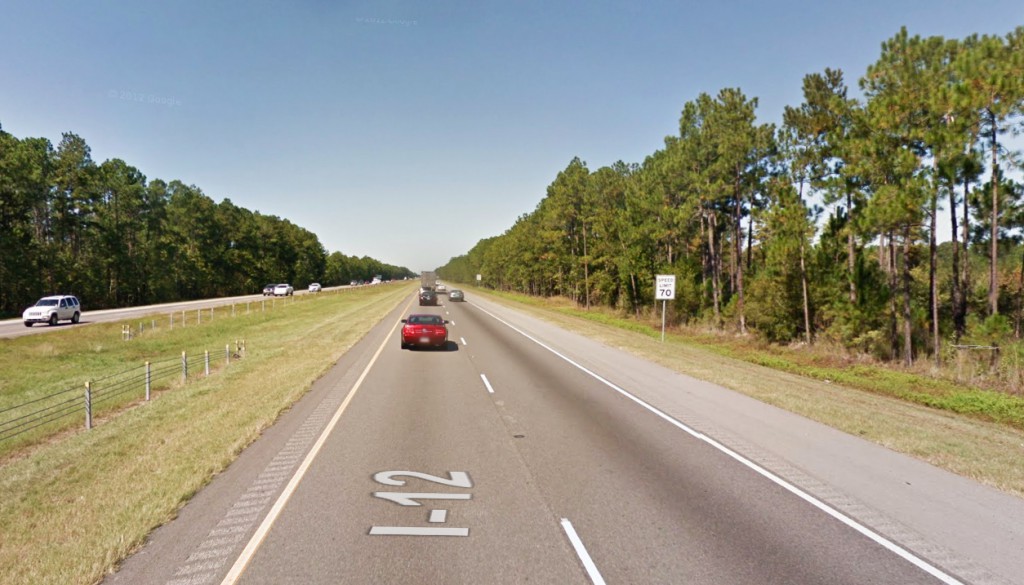 The witness noticed that the object had lowered a chrome tether about 300 feet long. Pictured: I-12 in Mandeville, LA. (Credit: Google)

The witness stopped at the exit and observed the object still about 800 to 1,000 feet in the air above.

“After about five minutes, the object retracted the chrome tether and slowly moved to the east, and then the object increased speed and was out of sight in less than one second.”

The witness decided to investigate.

The witness did not have much luck.

“The FAA has not returned my call as January 28, 2015. I understand the principals of lift and airfoils. This was not a plane or a weather balloon. It defied gravity without wings and no noise from engines. I have tried my best to explain this, but so for it remains a UFO.”

Mandeville is a city in St. Tammany Parish, Louisiana, population 11,560.