Home / Featured / Long Island UFO was ‘size of an 18-wheeler’

Long Island UFO was ‘size of an 18-wheeler’

A New York witness at Ronkonkoma reported watching a UFO “the size of an 18-wheeler” under 500 feet and just 500 feet away that stopped and hovered before moving away, according to testimony in Case 68958 from the Mutual UFO Network (MUFON) witness reporting database. 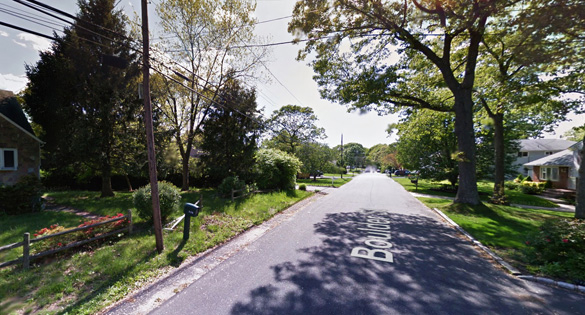 The witness saw the UFO just 500 feet away and under 500 feet, but was not able to shoot video until the object moved further away. Pictured: Ronkonkoma, NY. (Credit: Google Maps)

The witness shot video, but only after the object had moved away from the area. The witness was sitting inside his vehicle in his apartment complex on August 4, 2015, but a brightly lit object caught his attention.

“I live by an airport and didn’t think much of it until I saw the colors of the lights,” the witness stated. “I thought they were unusual.”

The witness stepped out of his vehicle for a better look at the object.

“I then noticed it made a complete stop and shut off its light like it didn’t want to be seen. The object backed away from the airport in the same path it came in. Once it got a little distance from the airport its lights came back on.”

The witness then ran across his complex to watch the object leaving the area.

“The object moved a few miles from the airport and stopped again and hovered. Then it descended straight below the tree line. I watched and waited for the possibility of it rising again – which it did. It raised and descended again.”

Others witnessed the event.

“Security from my complex also witnessed the event. I was excited that I finally got to see such an incredible event because I have always heard of people saying they saw UFOs. I don’t go on belief – believing is the same as guessing. I saw something that was incredible.”

Flammer said the witness lives in an apartment complex near the airport and had never seen a UFO before. 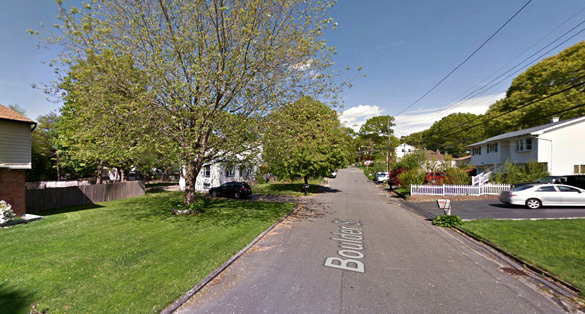 The witness described the UFO as gunmetal black in the front, wavy, and the back was shiny black. Pictured: Ronkonkoma, NY. (Credit: Google Maps)

“I see all kinds of airplanes in the sky as they fly to the airport or from it,” the witness said. “This was nothing like them.”

The witness said the object was “the size of an 18-wheeler” – “as big as any airplane in the sky” – was silent as it approached the airport, then stopped in the sky and hovered.

“It was like whoever was flying it suddenly realized it was approaching an airport and it stopped. Its lights went out. Then it went backwards (reverse) and flew in the same direction from where it came. It was gunmetal black in the front, wavy, and the back was shiny black. But when it went in reverse, the gunmetal black switched positions with the shiny part. It had lights that were pulsating. But the light was inside the craft – all different colors. I don’t know how to even explain it. It was the craziest thing I ever saw. I was awake until five in the morning tying to wrap my head around it.”

The witness said the UFO went in reverse, Flammer said, and flew over the Long Island Expressway; then it descended straight down to the tree line and was gone.

“I encouraged a second witness, a security guard at the complex, to file a MUFON witness report,” Flammer said. “He said he would.  The witness said he did not experience anything as a result of seeing the UFO – no bad dreams, etc.” 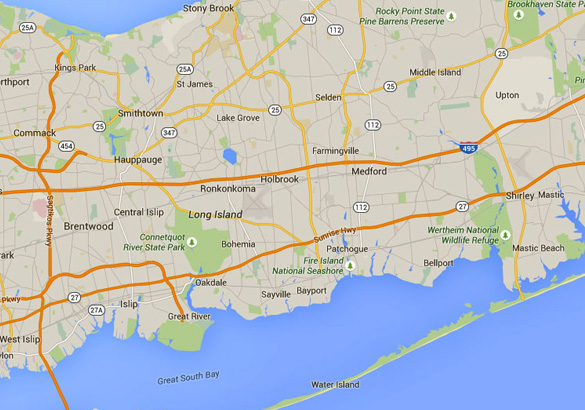 Ronkonkoma is a hamlet and census-designated place on Long Island in the Town of Islip, New York, population 19,082. Please remember that most UFO sightings can be explained as something natural or man-made. The above quotes were edited for clarity. Please report UFO activity to MUFON.com.