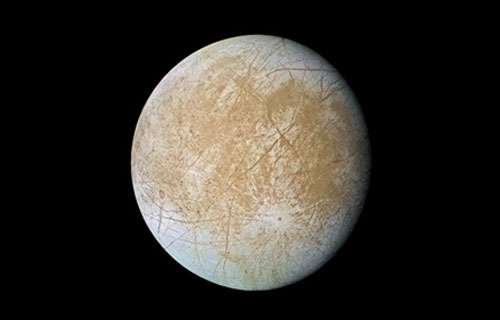 A new study suggests that the building blocks for life are common on Jupiter’s moon Europa. 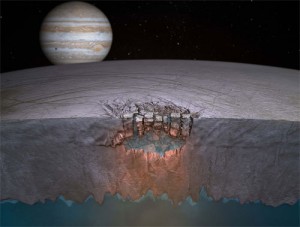 Space.com explains, “An analysis of infrared observations of Europa revealed that hydrogen peroxide is abundant on the ice-covered Jovian moon.” The study’s lead scientist, Kevin Hand of NASA’s Jet Propulsion Laboratory, explains, “Europa has the liquid water and elements, and we think that compounds like peroxide might be an important part of the energy requirement. The availability of oxidants like peroxide on Earth was a critical part of the rise of complex, multicellular life.” As Space.com points out, astrobiologists are excited about the extensive peroxide because it is “a boon for the potential habitability of the icy moon’s water ocean.” When peroxide mixes with water, oxygen is released. So based on this new study, there is real potential for life in Europa’s ocean.

The team’s research was published in the Astrophysical Journal Letters.