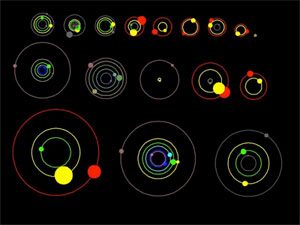 NASA announced yesterday the discovery of 11 planetary systems and 26 alien planets. These planets are the latest finds from NASA’s planet-hunting Kepler space telescope. According to NASA, these new planets “triple the number of stars known to have more than one planet that transits, or passes in front of, its host star.”

2011 was an exciting year with the release of Kepler data. And much more data will continue to be released in 2012. As MSNBC explains, the mission has successfully confirmed 61 planets, and has identified another 2,326 planetary candidates that have yet to be confirmed.