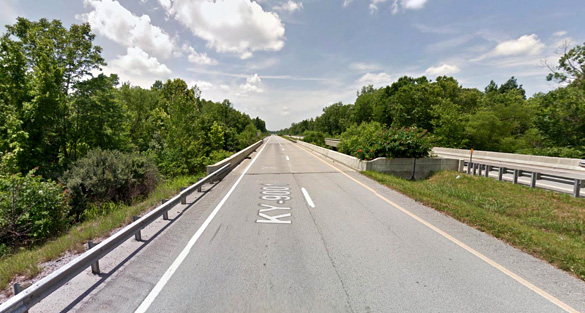 A Kentucky witness at Graham who reported a hovering UFO in March 2015 was contacted by a group of people who witnessed something similar recently, according to testimony in Case 70987 from the Mutual UFO Network (MUFON) witness reporting database. 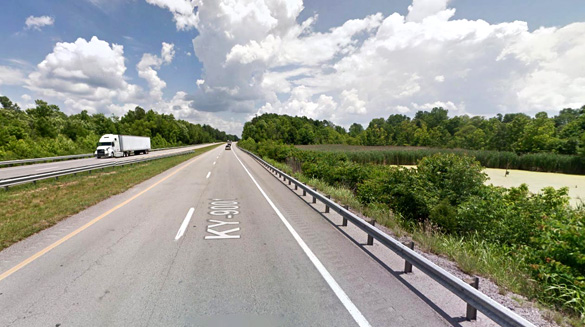 The original report from this witness was Case 63912 that occurred on March 6, 2015, at 10:45 p.m. in Muhlenberg County, Kentucky. A bright light “bar” appeared about one mile away and at about 1,500 feet that appeared to be hovering with lights at each of three points. The craft then slowly began moving to the north.

The witness was then contacted by eight plant employees who were at the same location on August 26, 2015.

“They saw an object with a glowing, throbbing light that matched the description of the object I had reported,” the witness stated. “This object they saw was moving slowly in a northern direction. The plant workers told me they were outside on a smoking break talking when one of the people happens to see this object moving slowly in their direction.” 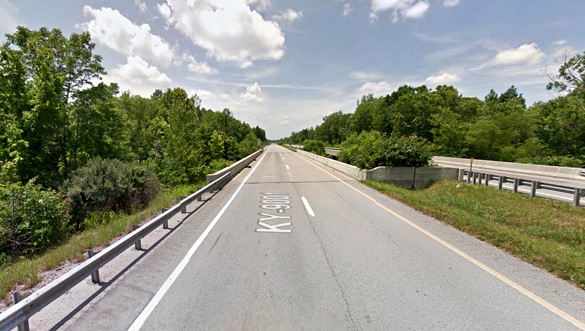 The object passed directly over the group.

“How high it was up is not known. This object, moving slowly, flew directly over the plant employees. After the object flew past them it reversed direction, 180 degrees, without slowing or changing speed. Then the object turned 90 degrees to the east, and with a swoosh noise, accelerated and in a matter of seconds was out of sight.”

This witness knew some of the people from this sighting.

“Since some of the people who observed this object knew I was among the group who reported the March 6 sighting they immediately contacted me with the above description of the event.”

Smith’s report indicates the object was described as a triangle that changed direction with yellow-orange exterior lights. The object pulsated, made no sound and moved from south to west. 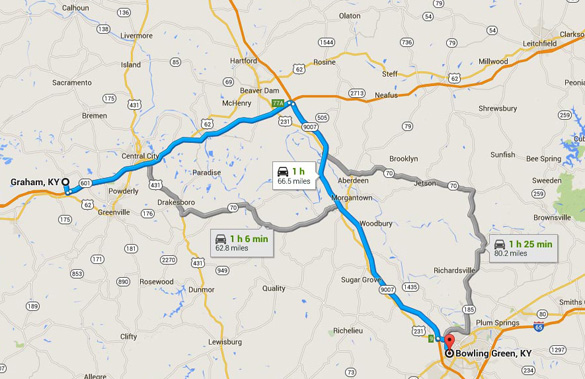 Graham is located in Muhlenberg County, Kentucky. Please remember that most UFO sightings can be explained as something natural or man-made. The above quotes were edited for clarity. Please report UFO activity to MUFON.com.