Jimmy Kimmel is at it again, this time with former POTUS George Bush. Kimmel has a habit of asking presidents – and a presidential candidate -what they know about UFOs and the government’s secret files. Bush was on the hot seat last week, and his answers might make some scratch their heads. 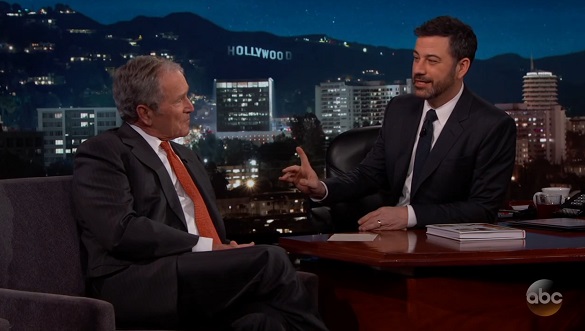 Kimmel broached the topic by asking:

“This is a question, first, that I think is important to me and to the country. When you were in office, I don’t know when this happened or if it happened, did you go through the secret files, the UFO documents? Because…”

Kimmel finished his question, “…that would be the first thing I did.”

Kimmel was surprised by this, and asked, “Would you be allowed to tell your daughters what was in those files?”

Kimmel continued to push, “Now that you’re out of office, you can do anything you want, right?”

“True. But I am not telling you,” Bush replied.

Kimmel then sought to clarify, “Are you not telling me you looked at them?”

“I’m not telling you nuthin’,” Bush responded. This got a chuckle out of the crowd and Kimmel.

However, Kimmel was not done yet. He asked, “Are there really great secrets that you know that you can’t share with people?”

Kimmel then asked, “There are? And you never write about them?”

Kimmel then suggested perhaps Bush would write about it later in life, like when he is 90.

Still pressing, Kimmel asked, “Nothing? What if you were to get a little loopy and…” 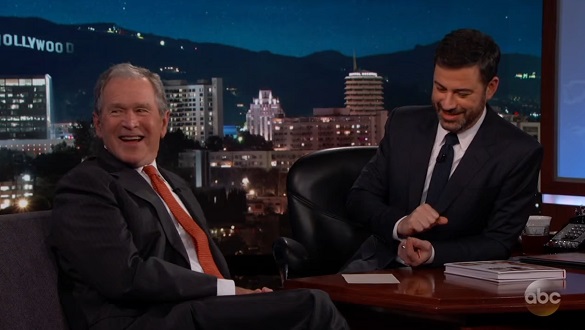 That was the extent of their ET conversation, as you can see in the video above. The conversation was actually very interesting. Bush seemed to imply he has seen UFO files of which he cannot share the content. Was he kidding? In this setting, one which is about getting laughs, that could be assumed. However, during much of the conversation, Bush did not appear to be joking.

If Bush really has seen UFO files that are top secret and still under wraps, that would be significant. Thus far, every president has denied that such a thing exists. Obama said the aliens would not let him tell Kimmel about the secret files, but he did seem to be joking. Clinton said he looked for secret government UFO files, but did not find any. At least once, he did imply that career bureaucrats could be keeping them secret for him. One of our previous stories on this, and Clinton’s talk with Kimmel, was found in recent WikiLeaks. 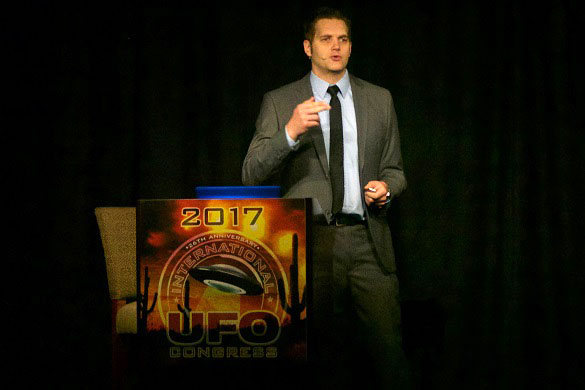 Ben Hansen presenting his analysis of other presidential interviews regarding UFOs and aliens at the 2017 International UFO Congress. (Credit: UFOCongress.com/OpenMinds.tv)

Ben Hansen, former host of the Syfy program Fact or Faked: The Paranormal Files, has examined previous statements by presidents, or presidential hopefuls, and he says there is some indication that there is something to hide. He admits, he is not sure what the something is, or if it is UFO or ET related. He intends to scrutinize this video, and when he does, we will let you know what he finds out.

Until then, you can purchase the DVD of Hansen’s lecture on this topic at the recent UFO Congress here, and the video will also be posted on our online Open Minds UFO Video Portal soon.